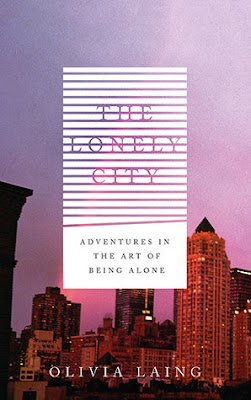 What does it mean to be lonely? How do we live, if we're not intimately engaged with another human being? How do we connect with other people? When Olivia Laing moved to New York City in her mid-thirties, she found herself inhabiting loneliness on a daily basis. Fascinated by the experience, she began to explore the lonely city by way of art. Moving fluidly between works and lives - from Edward Hopper's Nighthawks to Andy Warhol's Time Capsules, from Henry Darger's hoarding to David Wojnarowicz's AIDS activism - Laing conducts an electric, dazzling investigation into what it means to be alone, illuminating not only the causes of loneliness but also how it might be resisted and redeemed. Humane, provocative and deeply moving, The Lonely City is about the spaces between people and the things that draw them together, about sexuality, mortality and the magical possibilities of art. It's a celebration of a strange and lovely state, adrift from the larger continent of human experience, but intrinsic to the very act of being alive

I found this to be a fascinating and thought provoking look at the concept of loneliness, through the author and her own experiences alongside those of a number of famous artists and the struggles they faced of their own, and how loneliness affected their art and outlook on life.When Olivia Laing moved to New York for a relationship, she quickly found herself alone in a strange city and this book sees her coming to terms with her situation and how it made her feel, and how social media gave her an uneasy sense of security, and often made life easier to face from the safety of a computer screen. It goes into what loneliness means to different people - the isolation, the fear of missing out and not fitting in - and how the world we live in today seems to be fracturing those real relationships and the art of conversation.This book also features the lives of prominent artists over the years - such as Warhol and Hopper - and how their own lives were blighted by loneliness and despite their fame and success it was a difficult feeling to escape from. It goes into detail of their often complicated lives and was a fascinating insight into some of the art worlds' most famous names.I think she captures the mood perfectly in this book - exploring the way the mind works at times, when you often feel 'empowered' by not conforming and fitting in, and then equally ashamed by not following the pack and feeling outcast. Loneliness isn't a 'one size fits all' kind of thing and that comes across so well in this book and made for a riveting read.