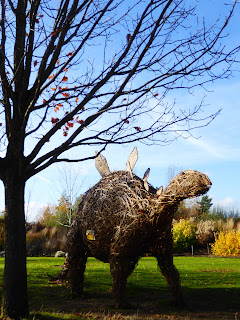 Hello!! Another week flies by!!  And there is no escape the onslaught of Christmas now when you're out and about.... so very scary!!  How many of you are busy writing your list to Santa?! Seems to be a few books on my list.... if I've been good enough for a visit of course!!

Been a fairly relaxed, bookish week here! Made the mistake of visiting NetGalley so have 4 new additions from there, a few arrivals in the post but have managed to finish 3 books this week, and in the middle of 3 others so progress is being made.... slowly but surely!

Here's a look back at my week!

Something of his Art by Horatio Clare  - 4 stars 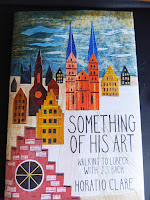 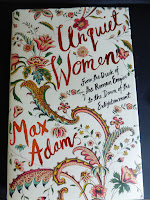 First to the NetGalley haul! Next time anyone sees me there, please tell me off.....

Little Darlings by Melanie Golding
Published by HQ - out May 2019

“Mother knows best” takes on a sinister new meaning in this unsettling thriller perfect for fans of Neil Gaiman and Grimms’ Fairy Tales.Everyone says Lauren Tranter is exhausted, that she needs rest. And they’re right; with newborn twins, Morgan and Riley, she’s never been more tired in her life. But she knows what she saw: that night, in her hospital room, a woman tried to take her babies and replace them with her own…creatures. Yet when the police arrived, they saw no one. Everyone, from her doctor to her husband, thinks she’s imagining things.A month passes. And one bright summer morning, the babies disappear from Lauren’s side in a park. But when they’re found, something is different about them. The infants look like Morgan and Riley―to everyone else. But to Lauren, something is off. As everyone around her celebrates their return, Lauren begins to scream, These are not my babies.Determined to bring her true infant sons home, Lauren will risk the unthinkable. But if she’s wrong about what she saw…she’ll be making the biggest mistake of her life.Compulsive, creepy, and inspired by some our darkest fairy tales, Little Darlings will have you checking―and rechecking―your own little ones. Just to be sure. Just to be safe.

YOU'LL NEVER FORGET THE FLOWER GIRLSThe Flower Girls. Laurel and Primrose. One convicted of murder, the other given a new identity.Now, nineteen years later, another child has gone missing.And The Flower Girls are about to hit the headlines all over again...

Amid literature and lattes, three women come together and find that sharing one's journey with best friends makes life richer.When attorney Madeline Carter inherits her aunt's bookstore in a small town north of Chicago, she plans to sell it and add the proceeds to her nonexistent "investment portfolio." But plans change when Madeline discovers the store isn't making money and she gets passed over for promotion at her firm. She quits in protest, takes the train north, and decides to work at the store to prep it for sale. Madeline soon finds herself at odds with employees Jessica and Courtney; when she also finds herself attracted to an affianced man, it only confuses the entire situation.After blowing up her marriage two years earlier, Jessica has found solace working at the bookstore and a kindred spirit within its owner, Maddie Cullen. But when Maddie dies and her niece, Madeline, barges in like a bulldozer, Jessica pushes at the new owner in every way--until she trips over common ground. Soon the women are delving into online dating and fashion makeovers, and Jessica feels the pull to rediscover her art, a love she thought long behind her.After a night of bad decisions leaves the store in peril, Courtney arrives and tries to save the day. While she, too, found sanctuary in the little bookstore, she knows it's under-insured, in the red, and will never survive. When she discovers her teenage daughter has played a part in vandalizing the store, Courtney taps into strength she didn't know existed--or had long forgotten. The quietest of the three, she steps up and finds a way to save her family, the store, and the precious friendships that have grown within it.

They say I must be put to death for what happened to Madame, and they want me to confess. But how can I confess what I don't believe I've done?

1826, and all of London is in a frenzy. Crowds gather at the gates of the Old Bailey to watch as Frannie Langton, maid to Mr and Mrs Benham, goes on trial for their murder. The testimonies against her are damning - slave, whore, seductress. And they may be the truth. But they are not the whole truth.

For the first time Frannie must tell her story. It begins with a girl learning to read on a plantation in Jamaica, and it ends in a grand house in London, where a beautiful woman waits to be freed.

But through her fevered confessions, one burning question haunts Frannie Langton: could she have murdered the only person she ever loved? 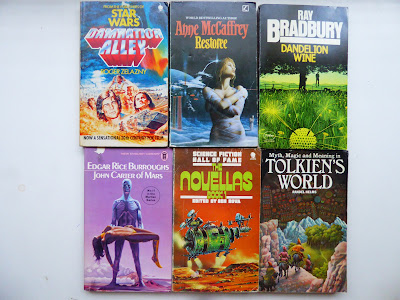 These 6 beauties were from Bookishly and part of a Sci Fi bundle that I got in their sale! I may now have a need for crazy sci-fi covers in my life!

The Novellas Book 1 by Ben Bova

A Discovery of Witches by Deborah Harkness

None So Blind by Alis Hawkins 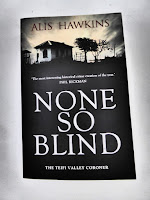 I hope your reading week has treated you well! What's been your favourite read recently?! Would love to hear!