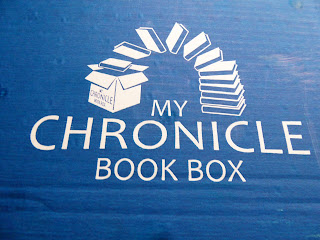 Book Unboxing alert!!!  A positive side to a dreary, rainy day is the arrival of my latest My Chronicle Book Box ! You can subscribe to 4 boxes a year and choose from Crime & Mystery, or  Sci-Fi and Fantasy!  I go for the latter and every time I receive a box I'm always so impressed with the books chosen, and the gifts also included!!

So here's a quick peek as to what made me smile in the November edition - look away now if you're waiting for your box and don't want any spoilers!!! 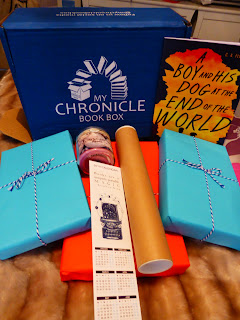 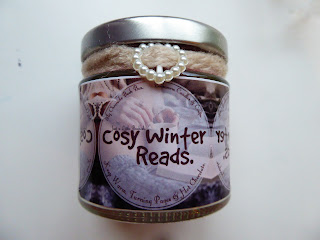 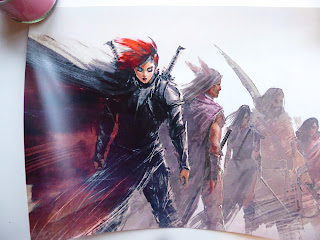 A chapter sample for A BOY AND HIS DOG AT THE END OF THE WORLD by C.A. FLETCHER
new book due for release in the New Year! 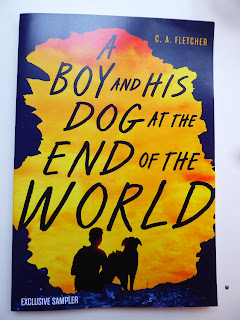 And on to the books! You get 3 in each box!! All come with signed bookplates too!! Alongside extra interviews with some of the authors as well!

EARLY RISER by JASPER FFORDE
Very excited to receive this as I had seen it around publication date and thought it looked like 'my kind of book' but never got around to buying it! 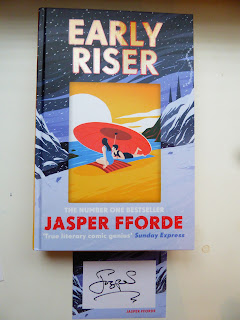 The new standalone novel from Number 1 bestselling author Jasper Fforde. Every Winter, the human population hibernates. During those bitterly cold four months, the nation is a snow-draped landscape of desolate loneliness, and devoid of human activity.Well, not quite. Your name is Charlie Worthing and it's your first season with the Winter Consuls, the committed but mildly unhinged group of misfits who are responsible for ensuring the hibernatory safe passage of the sleeping masses.You are investigating an outbreak of viral dreams which you dismiss as nonsense; nothing more than a quirky artefact borne of the sleeping mind.When the dreams start to kill people, it's unsettling.When you get the dreams too, it's weird.When they start to come true, you begin to doubt your sanity.But teasing truth from Winter is never easy: You have to avoid the Villains and their penchant for murder, kidnapping and stamp collecting, ensure you aren't eaten by Nightwalkers whose thirst for human flesh can only be satisfied by comfort food, and sidestep the increasingly less-than-mythical WinterVolk.But so long as you remember to wrap up warmly, you'll be fine. 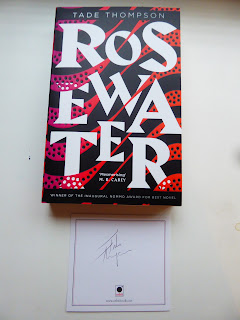 Tade Thompson's Rosewater is the start of an award-winning, cutting edge trilogy set in Nigeria, by one of science fiction's most engaging new voices.Rosewater is a town on the edge. A community formed around the edges of a mysterious alien biodome, its residents comprise the hopeful, the hungry and the helpless—people eager for a glimpse inside the dome or a taste of its rumored healing powers.Kaaro is a government agent with a criminal past. He has seen inside the biodome, and doesn't care to again—but when something begins killing off others like himself, Kaaro must defy his masters to search for an answer, facing his dark history and coming to a realization about a horrifying future. 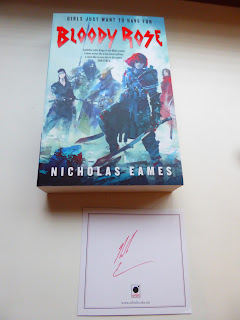 Live fast, die young.Tam Hashford is tired of working at her local pub, slinging drinks for world-famous mercenaries and listening to the bards sing of adventure and glory in the world beyond her sleepy hometown.When the biggest mercenary band of all rolls into town, led by the infamous Bloody Rose, Tam jumps at the chance to sign on as their bard. It's adventure she wants - and adventure she gets as the crew embark on a quest that will end in one of two ways: glory or death.It's time to take a walk on the wyld side.

I'm a very happy bookworm today with all my new books and goodies!!  Now to decide which book to read first..........