#BookReview A Game of Hide and Seek by Elizabeth Taylor 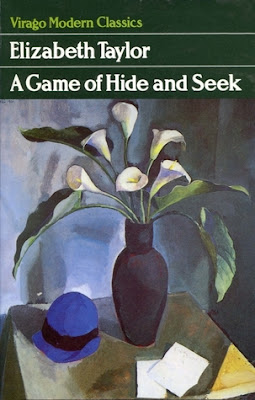 Harriet and Vesey meet when they are teenagers, and their love is as intense and instantaneous as it is innocent. But they are young. All life still lies ahead. Vesey heads off hopefully to pursue a career as an actor. Harriet marries and has a child, becoming a settled member of suburban society. And then Vesey returns, the worse for wear, and with him the love whose memory they have both sentimentally cherished, and even after so much has happened it cannot be denied. But things are not at all as they used to be. Love, it seems, is hardly designed to survive life.      One of the finest twentieth-century English novelists, Elizabeth Taylor, like her contemporaries Graham Greene, Richard Yates, and Michelangelo Antonioni, was a connoisseur of the modern world’s forsaken zones. Her characters are real, people caught out by their own desires and decisions, and they demand our attention. The be-stilled suburban backwaters she sets out to explore shimmer in her books with the punishing clarity of a desert mirage.

This was the December pick for the Elizabeth Taylor Reading Project book club on GoodReads.I found this to be a book of two halves! The first half was very slow and featured two characters in Harriet and Vesey who proved themselves to be very unlikeable people in their attitudes and behaviour towards other. But the second half, when you'd got used to their traits and self-centredness!, was typical Elizabeth Taylor as she used their situation to her benefit in showing off how times change people and their attitudes and how they're often left regretting things they'd done.Harriet and Vesey grew up together, and Harriet became infatuated by him but their lives went separate ways and she ended up married to Charles - a much older but safer, kinder man - but her thoughts always seemed to come back to Vesey and when they meet up again years later, those thoughts resurface. Despite Charles doing all he could for his wife, he never seemed to be good enough and he was the character I had the most sympathy for!There was very little drama in this story, and it felt like the author was unsure of what path to send the main characters on - should they get their happy ending despite their selfish behaviour, or should they be punished and suffer! I know which outcome I would prefer them to face!