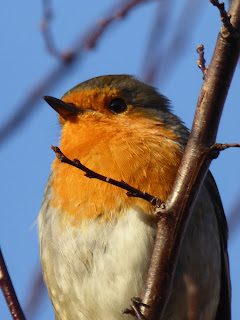 Hello! And Merry Christmas one and all!! I hope your households are all calm and ready for the big day!!  I think (!) I'm all set - and if we've forgotten anything then tough!  And the moving around of books on the shelves has begun just in case Santa brings some book shaped things my way!!


On the reading front, it's been a slower pace of things again this past week with just 3 finished. But there has been additions to my book collection - despite my best efforts - but NONE from NetGalley so at least I'm making progress on that front!

Here's a quick look back at all things bookish!

The Shape of Us by Drew Davies  - 4 stars

A Game of Hide and Seek by Elizabeth Taylor  - 3 stars

The Murder of Harriet Monckton is based on a true story that shocked and fascinated the nation.
On 7th November 1843, Harriet Monckton, 23 years old and a woman of respectable parentage and religious habits, was found murdered in the privy behind the dissenting chapel she had regularly attended in Bromley, Kent. The community was appalled by her death, apparently as a result of swallowing a fatal dose of prussic acid, and even more so when the autopsy revealed that Harriet was six months pregnant.
Drawing on the coroner's reports and witness testimonies, the novel unfolds from the viewpoints of each of the main characters, each of whom have a reason to want her dead. Harriet Monckton had at least three lovers and several people were suspected of her murder, including her close companion and fellow teacher, Miss Frances Williams. The scandal ripped through the community, the murderer was never found and for years the inhabitants of Bromley slept less soundly.
This rich, robust novel is full of suggestion and suspicion, with the innocent looking guilty and the guilty hiding behind their piety. It is also a novel that exposes the perilous position of unmarried women, the scandal of sex out of wedlock and the hypocrisy of upstanding, church-going folk.

An earthly nourris sits and singsAnd aye she sings, "Ba lilly wean,Little ken I my bairn's father,Far less the land that he staps in. (Child Ballad, no. 113)So begins a stunning tale of love, loss and revenge, against a powerful backdrop of adventure on the high seas, and drama on the land. The Blue Salt Road balances passion and loss, love and violence and draws on nature and folklore to weave a stunning modern mythology around a nameless, wild young man.Passion drew him to a new world, and trickery has kept him there - without his memories, separated from his own people. But as he finds his way in this dangerous new way of life, so he learns that his notions of home, and your people, might not be as fixed as he believed.Beautifully illustrated by Bonnie Helen Hawkins, this is a stunning and original modern fairytale.

Echoes of Grace by Caragh Bell - received from Poolbeg Books 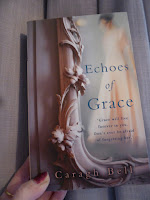 Even in death, love survives

Grace Molloy was the darling of the theatre scene.  Young and
dazzling, she gave it all up to marry the playwright Henry
Sinclair, thirty years her senior. Then, one stormy night, she died
giving birth to her daughter, Aurora.

Left with no memory of her mother, Aurora is raised by Henry and her
nanny, Maggie, in a huge old house on the Cornish coastline.
All the little girl has of Grace is a portrait – a painting of a woman
in a white dress, her beautiful face frozen in time.

Aurora grows up, resembling Grace in looks and talent.
She pursues her dream of being on
the stage and soon achieves great success in the world
of theatre, like her mother before her. Then a secret unfolds
– a secret that could threaten all that she holds dear . . .

Echoes of Grace is the story of a young woman who, having
overcome a painful past, must now embrace it to find her real self. 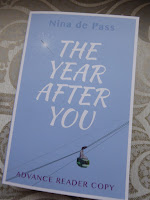 New Years’ Eve, San Francisco. The most promising party of the year ends in a tragic accident. Cara survives. Her best friend, Georgina, doesn’t.Nine months later, Cara is struggling, consumed by guilt and grief. Her mum decides that packing her off to a Swiss boarding school will be the fresh start Cara needs. But Cara knows that swapping sunshine for snow won’t make a blind bit of difference. Georgina is gone, and nothing will bring her back.On the plus side, up in the vertiginous Alps, Cara’s old life feels a million miles away. At Hope Hall, nobody knows about her past. And she intends to keep it that way. But her classmates, Ren and Hector, have other ideas. Cara tries to keep her distance, but she’s drawn to the offbeat, straighttalking Hector, who understands her grief better than anyone. Her new friends are determined to break down thewalls she has so carefully built up. And, despite it all, Cara wants them to. The closer Cara grows to Hector, the more Georgina slips away. Embracing life at Hope Hall means letting go of the past; of her memories of that fatal New Year’s Eve. But Cara’s quite sure she doesn’t deserve a second chance

Moonlight on the Thames by Lauren Westwood - signed copy I won

Worlds collide when two strangers meet at Waterloo station. It's a moment they'll never forget. Perfect for the fans of Milly Johnson.

Christmas is a joyous time, but not everyone is merry and bright.

Nicola is a rising star at the top of the corporate ladder, but her personal life is a disaster. Her office affair has lost its allure, and the last thing she wants to think about is Christmas. A night of cancelled trains and festive Christmas carols at Waterloo Station is just about the last straw...
Dmitri loves conducting his pop-up choir during the festive season, meeting people, and spreading joy and cheer around London. But he carries deep secrets from his past that robbed him of his dream to become a concert pianist.
Can their hearts and souls be unlocked by music and moonlight and will they discover the healing power of love?
Winter of the Witch by Katherine Arden - proof copy I won from the lovely Ova at Excuse My Reading 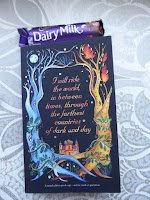 One girl can make a difference...Moscow has burned nearly to the ground, leaving its people searching for answers - and someone to hold accountable. Vasya finds herself on her own, amid a rabid mob that calls for her death, blaming her witchery for their misfortune.Then a vengeful demon returns, renewed and stronger than ever, determined to spread chaos in his wake and never be chained again. Enlisting the hateful priest Konstantin as his servant, turmoil plagues the Muscovites and the magical creatures alike, and all find their fates resting on the shoulders of Vasya.With an uncertain destiny ahead of her, Vasya learns surprising truths of her past as she desperately tries to save Russia, Morozko, and the magical world she treasures. But she may not be able to save them all...

A found novel
LONGLISTED: OCKHAM NEW ZEALAND BOOK AWARDS
NAMED ONE OF THE BEST BOOKS OF 2017 BY RADIO NEW ZEALAND
Every day for a year, Catherine Chidgey recorded the words and language she came across during her day-to-day life – phone calls, television commercials, emails, radio shows, conversations with her family, street signs and satnav instructions. From these seemingly random snippets, she creates a fascinating portrait of modern life, focusing on the things that most people filter out.
Chidgey listens in as her daughter, born through surrogacy, begins to speak and develop a personality, and her mother slips into dementia. With her husband, she debates the pros and cons of moving to a new town. With her publisher, she discusses the novel she is writing. While, all around, the world is bombarding her with information.
In The Beat of the Pendulum, Chidgey approaches the idea of the novel from an experimental new direction. It is bold, exciting, funny, moving and utterly compelling.

And there we have it! Have you read any of these?! Would love to hear your thoughts!