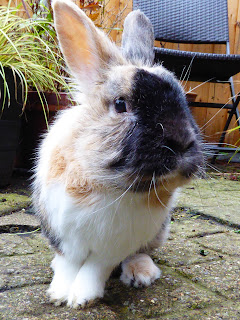 Hello!! Thanks for stopping by to take a peek at my week!  Hope yours has been good! Anyone else still not put their Christmas decorations up yet or is it just me?! Seriously underwhelmed at the prospect of doing it anytime soon - I've turned into The Grinch it seems!

On the book front it's been a fairly quiet one! Nice and steady! And restrained on the buying front as I've had to do a list for Santa (!) of books I might like, so I'm just hoping he thinks I've been good!

So here's a look back at the 4 books I've managed to finish this week,  the 4 books added to my physical bookshelves, and just the 1 newbie on my NetGalley shelf!

Too Many Magpies by Elizabeth Baines - 4 stars
Enjoyed this hypnotic and haunting little read.

The Stranger Diaries by Elly Griffiths  - 4 stars
Gripping and chilling! Loved it!

The Hunting Party by Lucy Foley  - 4 stars
Really enjoyable thriller to keep you on the edge of your seat!

In the recent Children In Read auction, I was the highest bidder for this signed copy!
Becoming Belle by Nuala O'Connor 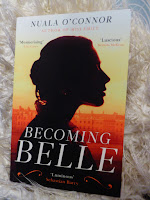 A witty and inherently feminist novel about passion and marriage, based on a true story of an unstoppable woman ahead of her time in Victorian London.
In 1887, Isabel Bilton is the eldest of three daughters of a middle-class military family, growing up in a small garrison town. By 1891 she is the Countess of Clancarty, dubbed “the peasant countess” by the press, and a member of the Irish aristocracy. Becoming Belle is the story of the four years in between, of Belle’s rapid ascent and the people that tried to tear her down.With only her talent, charm, and determination, Isabel moves to London alone at age nineteen, changes her name to Belle, and takes the city by storm, facing unthinkable hardships as she rises to fame. A true bohemian and the star of a dancing double act she performs with her sister, she reigns over The Empire Theatre and The Corinthian Club, where only select society entertains. It is there she falls passionately in love with William, Viscount Dunlo, a young aristocrat. For Belle, her marriage to William is a dream come true, but his ruthless father makes clear he’ll stop at nothing to keep her in her place.Reimagined by a novelist at the height of her powers, Belle is an unforgettable woman. Set against an absorbing portrait of Victorian London, hers is a timeless rags-to-riches story a la Becky Sharpe. 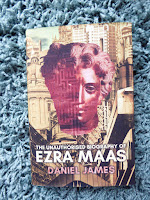 Ezra Maas is dead. The famously reclusive artist vanished without a trace seven years ago whilst working on his final masterpiece, but his body was never found. While the Maas foundation prepares to announce his death, journalist Daniel James finds himself lured to write the untold story of the artist's life - But this is no ordinary book. The deeper James delves into the myth of Ezra Maas, the more he is drawn into a nightmarish world of fractured identities and sinister doubles.A chilling literary labyrinth, The Unauthorised Biography of Ezra Maas deftly blends postmodern noir with psuedo-biography, letters, phone transcripts, documents, emails and newspaper clippings to create a story like no other before it.


Too Many Magpies by Elizabeth Baines            The Lighthouse by Alison Moore
And a little shopping spree on the Salt Publishing website... just because! 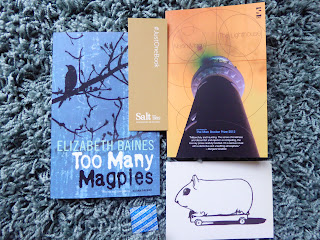 The Lighthouse -   On the outer deck of a North Sea ferry stands Futh, a middle-aged and newly separated man, on his way to Germany for a restorative walking holiday. After an inexplicably hostile encounter with a hotel landlord, Futh sets out along the Rhine. As he contemplates an earlier trip to Germany and the things he has done in his life, he does not foresee the potentially devastating consequences of things not done. "The Lighthouse," Alison Moore's first novel, tells the tense, gripping story of a man trying to find himself, but becoming lost.

The Book of Dreams by Nina George
publication date - April 2019

Warm, wise, and magical--the latest novel by the bestselling author of THE LITTLE PARIS BOOKSHOP and THE LITTLE FRENCH BISTRO is an astonishing exploration of the thresholds between life and death Henri Skinner is a hardened ex-war reporter on the run from his past. On his way to see his son, Sam, for the first time in years, Henri steps into the road without looking and collides with oncoming traffic. He is rushed to a nearby hospital where he floats, comatose, between dreams, reliving the fairytales of his childhood and the secrets that made him run away in the first place.After the accident, Sam--a thirteen-year old synesthete with an IQ of 144 and an appetite for science fiction--waits by his father's bedside every day. There he meets Eddie Tomlin, a woman forced to confront her love for Henri after all these years, and twelve-year old Madelyn Zeidler, a coma patient like Henri and the sole survivor of a traffic accident that killed her family. As these four very different individuals fight--for hope, for patience, for life--they are bound together inextricably, facing the ravages of loss and first love side by side.A revelatory, urgently human story that examines what we consider serious and painful alongside light and whimsy, THE BOOK OF DREAMS is a tender meditation on memory, liminality, and empathy, asking with grace and gravitas what we will truly find meaningful in our lives once we are gone

A Gift from the Comfort Food Cafe by Debbie Johnson