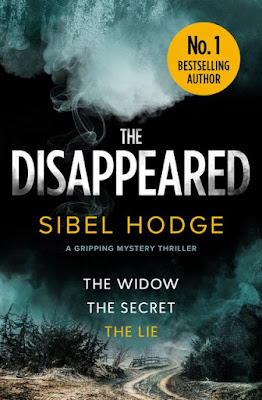 Delighted to be taking part in the Blog Blitz today  for THE DISAPPEARED by SIBEL HODGE. My thanks to the author, publisher and Emma of BloodHound Books for letting me be part of it all!

Here's a little bit about the book to let you know what it's all about!

The widow. The secret. The liar.

On a routine flight from Africa to England, Dr Mason Palmer is tragically killed when the light aircraft he’s travelling on crashes and disappears in dense bush land.

Ten months later, Nicole Palmer is still trying to block out the grief of her husband’s sudden death. Until one morning she receives a photo of Mason through the post, along with a cryptic message. A message only he could’ve written.

But when Nicole tries to find out if Mason is really alive and what actually happened to him in Africa, everyone she turns to for answers ends up dead.

Determined to find the truth, Nicole uncovers a conspiracy that spans the globe, and discovers there are powerful people who are prepared to kill to keep her silent.

Who’s lying? Who’s watching Nicole? And can she expose their murky secrets before they catch up with her? 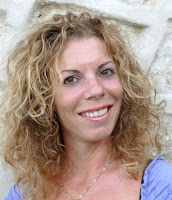 Sibel Hodge is the author of the No 1 Bestsellers Look Behind You, Untouchable, and Duplicity. Her books have sold over one million copies and are international bestsellers in the UK, USA, Australia, France, Canada and Germany. She writes in an eclectic mix of genres, and is a passionate human and animal rights advocate.

Her work has been nominated and shortlisted for numerous prizes, including the Harry Bowling Prize, the Yeovil Literary Prize, the Chapter One Promotions Novel Competition, The Romance Reviews’ prize for Best Novel with Romantic Elements and Indie Book Bargains’ Best Indie Book of 2012 in two categories. She was the winner of Best Children’s Book in the 2013 eFestival of Words; nominated for the 2015 BigAl’s Books and Pals Young Adult Readers’ Choice Award; winner of the Crime, Thrillers & Mystery Book from a Series Award in the SpaSpa Book Awards 2013; winner of the Readers’ Favorite Young Adult (Coming of Age) Honorable award in 2015; a New Adult finalist in the Oklahoma Romance Writers of America’s International Digital Awards 2015, and 2017 International Thriller Writers Award finalist for Best E-book Original Novel. Her novella Trafficked: The Diary of a Sex Slave has been listed as one of the top forty books about human rights by Accredited Online Colleges.

This book was a polished story from start to finish and I can't wait to read more from this author!  There is suspense from the opening pages and a thrilling story follow which is full of  corruption, deception and has a pulsating ending that I think I'm still recovering from!!

Nicole gets quite a shock to her world when she hears of the death of Dr Mason Palmer on his return from Africa  and as she tries to get her life back on track working in a school, she is rocked by a letter out of the blue reporting to be from her dead husband! As she tries to figure out if she is the victim of a cruel hoax, or if he actually is still alive she is drawn into such a murky world that you really can't second guess what she will find out next and what kind of world her husband was mixed up in.  It also touches on the school world that Nicole inhabits - the fact she deals with conflicts there everyday from the children to the parents, stands her in good stead for trying to get to the bottom of her husband and his disappearance.

I loved the fact that this story was told from a number of POV's - there was always something going on and having so many different angles to the story really helped you lose yourself in the intrigue and scandal that was being uncovered.  I also loved the fact that all the characters were so persistent!  They never considered giving up on finding out the truth or putting an end to the drama - be they the victims, investigators or perpetrators!

A dynamic and engrossing read! 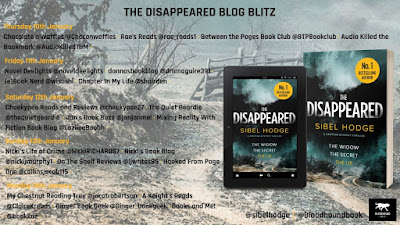