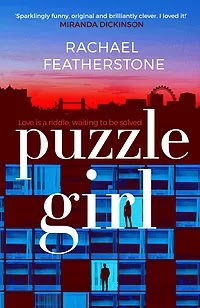 Delighted to be the latest stop on the Blog Tour for PUZZLE GIRL by RACHAEL FEATHERSTONE.  My thanks to the author and publisher for letting me be part of the fun and to share my review, alongside a GUEST POST by the author herself on my Blog today!

Love is a riddle waiting to be solved... Clued-up career girl Cassy Brookes has life under control until one disastrous morning changes everything. When she finds herself stuck in a doctor s surgery, a cryptic message left in a crossword magazine sends her on a search to find the mysterious puzzle-man behind it. Cassy is soon torn between tracking down her elusive dream guy, and outwitting her nightmare workmate, the devious Martin. Facing a puzzling love-life, will she ever be able to fit the pieces together and discover the truth behind this enigmatic man? 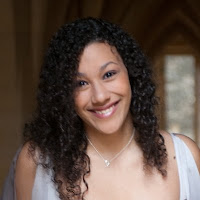 Rachael Featherstone was born and raised in Woodford. Her path to writing was a little unorthodox. After reading Mathematics at Oxford University, New College, Rachael went to work in research.
When Rachael’s mother was diagnosed with terminal cancer in 2012, Rachael decided to take a chance, quit her job, and fulfill a lifetime ambition to write a novel. She went back to university and completed a Masters in English Literature and had several short stories published.
Rachael now lives in Hampshire with her husband and daughter.
Puzzle Girl was published by the Dome Press in ebook in August 2018 and in paperback in January 2019.


Writers are often split into two buckets: “plotters” and “pantsers”. I am definitely, undeniably, irrevocably in Camp Plotter. I am a plotter-nutter. Even before writing novels you could find post-it notes and stationary in every room of my home; at school my favourite place to hang out was the photocopying room helping to stack and staple the school letters (*yeah, I was that kid). My plotting doesn’t just come in the form of post-its, paper plans, character profiles and notebooks. It spreads to the computer: I am a HUGE Excel fan.

Puzzle Girl was the first novel I’d ever attempted and I spent a lot of time reading books about how to structure and pace a story. I loosely used the three-act structure and I spent many blissful hours creating an interactive version of the “tension chart” in Excel that had little tags for scenes so that I could check the drama and tension had the right rise and fall.
This set up was incredibly helpful when writing Puzzle Girl because I had so many story lines to weave together. On the one hand Cassy is doing her utmost to get a promotion, while on the other she is obsessed with discovering who Puzzle-man is. Of course, no real writing was getting done… so you could say this was procrastination… but I don’t look at it like that *cough*.

Anyway, once I had nailed down the chapter-by-chapter outline, I got on to the really fun part of writing. I’d done so much planning that I just wrote the first draft of each chapter in which ever order I felt like, enjoying the freedom of letting the characters tell me what to write in contrast to my strict plotting guidelines.

Now I had a first draft but that was just the start. During the rewriting process Puzzle Girl went through many structural changes. Characters changed, some deleted, others created. Entire plot lines were added and killed, some shrunk while others where expanded. But interestingly, I didn’t find this process – which saw over half the word count be cut and replaced – daunting, because my spreadsheet allowed me to make sure all the different threads still worked in harmony and there were no inconsistencies. I was able to experiment with changes without spending endless months rewriting and then reaching a dead-end.

When I got my agent and the book went out to publishers, we did further edits and restructuring and it was such a joyful experience to see Puzzle Girl turning into a publishable book. And of course, there is nothing more satisfying than seeing a spreadsheet where all the loose ends have been nicely tied up!

I hope you enjoy Puzzle Girl and all those endless hours in Excel, adding twist after twist, give you hours of page turning laughs and gasps!

If you are  a 'list' girl like I am, then you are going to love Cassy! Shes's a girl after my own heart  too as she loves losing herself in crossword puzzles and when she is passing time in a waiting room and fills in a puzzle, I am sure she never saw it leading to her trying to solve her own puzzle when a mysterious person fills in the crossword puzzle and adds their own messages!

Cassy is on her own after her boyfriend of 7 years walks out on her, and she's left struggling. She's got problems at work as well so it's fair to say life is not going her way! When she is hit by a cyclist on her way to work one day and ends up at the walk in clinic she is probably wondering what is going to go wrong for her  next!  You do get a little bit of the Bridget Jones vibe about Cassy!

But with the support of her best friend Dan - who has his own complicated life issues to deal with! - she begins to turn things round and slowly takes back control of her own life and that is what connected with me as a reader.  You really feel for Cassy and  every problem she faces you are just cheering her on to end up with some happy news and a positive outcome!  And the mystery of finding out who her fellow crossworld puzzle fan is, was just the thing to keep her fighting -and leads her to going to extreme measures to keep visiting the walk in clinic!

I thought this book was so much fun, really easy to read and so engaging! Highly recommended!! 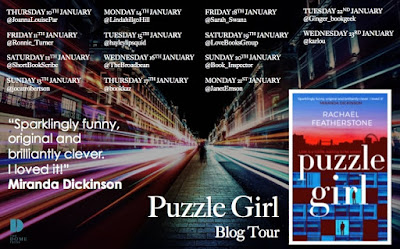