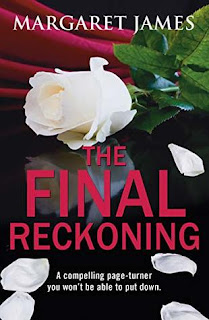 What if you had to return to the place that made you fall apart?
When Lindsay Ellis was a teenager she witnessed the aftermath of a violent murder involving her lover’s father. The killer was never found.

Traumatised by what she saw, Lindsay had no choice but to leave her home village of Hartley Cross and its close-knit community behind.

Now, years later, she must face up to the terrible memories that still haunt her. But will confronting the past finally allow Lindsay to heal, or will her return to Hartley Cross unearth dangerous secrets and put the people she has come to care about most at risk?

A gripping thriller from this successful historical novelists and creative writing tutor. Perfect for fans of Erin Kelly, Linda Green and Laura Marshall.

A book I found to be both thrilling and chilling in equal measures, and one I had to read in one sitting as I was just so caught up in the lives of these characters and the circumstances that they found themselves in!

Mainly told through the perspective of Lindsay it's a fascinating look at how she dealt with witnessing a horrific scene back in 2011, especially when in 2018 she has to go back to where it all happened and all the emotions and unanswered questions that still persist, that she now has to face and contend with.

The story looks back at the events back in 2011 which caused her to be so traumatised, and the rumours that flew around then as to what exactly happened.  Her life now is pretty settled, living far away, but when her mother passes away she is faced with having to clear out the house and she soon starts to meet up with old friends and acquaintances - some closer than others - and the events of the past come back and unsettle her again. She is still plagued with visions of that night, and old feelings for a first love have never gone away - seeing how she reacts to seeing him again was an interesting one, especially seeing as he seems to be blowing hot and cold on various occasions!

So many aspects to this book really had me hooked and I loved the different threads that were running throughout.  Despite the darker elements to the story, there was still time for touches of humour which helped lighten the mood. Loved how the old friends of her mum fussed round to help her with clearing up the house, along with the support she got from her housemate Nick.  It did get quite tense towards the end with events unfolding and I loved the big twists which kept me reading frantically to find out what would be the outcome!!