#BookReview The Last Children of Tokyo by Yoko Tawada 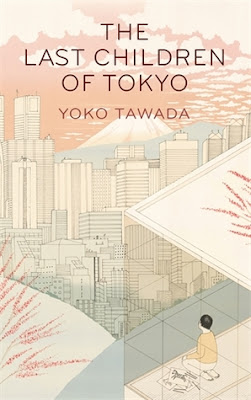 about the book
The Emissary - American Title

Yoshiro thinks he might never die. A hundred years old and counting, he is one of Japan's many 'old-elderly'; men and women who remember a time before the air and the sea were poisoned, before terrible catastrophe promted Japan to shut itself off from the rest of the world. He may live for decades yet, but he knows his beloved great-grandson - born frail and prone to sickness - might not survive to adulthood. Day after day, it takes all of Yoshiro's sagacity to keep Mumei alive.As hopes for Japan's youngest generation fade, a secretive organisation embarks on an audacious plan to find a cure - might Yoshiro's great-grandson be the key to saving the last children of Tokyo?

A quirky and fascinating little book! It's beautifully written, a little confusing at times and a little scary too as it takes a look at life in a dystopian Japan, where the elderly are the carers for a generation of youngsters who are prone to illness, disease and no understanding of life 'before' the isolation policy was brought in around the world.The scenario of a time where countries have such serious problems that they are all shut off to one another so they can solve their own issues, is something so alien to us but many in this Japan have grown up knowing no other way. They don't know foreign languages, no idea what telephones are, no transport, less food - it's all the norm for them. But the old-elderly do remember and they are the strongest and fittest in society. The devotion shown by Yoshiri to his great grandson Mumei is touching and endearing. Knowing that certain foods are just too tough or bad for his great grandson has him going to extreme measures to find the right balance for him. The way Yoshiri looks back at the old times is quite poignant especially knowing that it means so little to those younger than him, and when we get to hear the perspective of Mumei you are just struck by how innocent he is, but appreciative of all that his great grandfather does for him.Packs a lot in for such a short novella - 138 pages - and gives you as a reader plenty to think about and worry about for the future we may all face!