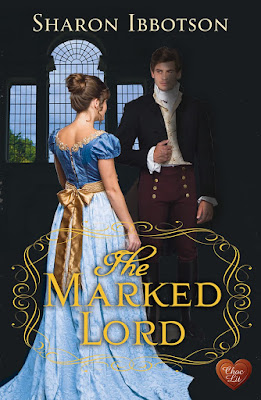 Like forbidden fruit, forbidden love is more sweet…It’s 1803 and widowed aristocrat Sophy De Browarec must flee France after being exposed as an undercover British agent. Fearing for her life, she returns to Cornwall to seek help from the only living link to her past, Fitzwilliam ‘Fitz’ Ravensbourne. Lord Ravensbourne has suffered his own share of misfortune and it’s left its mark in more ways than one. He has become a near recluse at the Ravensbourne Estate, but still reluctantly accepts Sophy into his home. Sophy and Fitz’s relationship is strained and her return could bring danger to Ravensbourne – but there is something that prevents Fitz from casting her out, something almost forbidden...

I found this to be a totally absorbing regency romance, with an element of The Beauty and the Beast thrown in for good measure!

Sophy has never had an easy life, and when she finds herself having to flee France where she has made her home for many years, she can only think of one place to go home to - and that is to return to the Ravensbourne Estate.  She grew up here after losing her mother, and was taken in by the family and Fitz is her only real 'family' now, even though his father never married her mother as she died before their impending wedding.

Her first impression of Fitz as a child was one of horror, as he had suffered a badly burned face years earlier.  The cruelty of people throughout his life had left Fitz to become almost a recluse, so to hear from Sophy again isn't what he was expecting and he resents having to look after his 'stepsister'.

He has so many unanswered questions when she returns but times have made her very reluctant to trust people, especially when her past is revealed and what had caused her to flee France in the first place.  But as they spend time together their bond strengthens and as he's due to be married to an unsuitable woman, Sophy finds herself getting more involved in his life and sees past the scars that used to scare her and makes her ashamed of her reaction.

I loved the whole setting of this story and the different aspects of Sophy and her personality.  For someone who was acting as a spy, she often comes across as very insecure and unsure of her place in the world, but when she returns 'home' she feels more assured. Fitz is another wonderful character as he's bound by duty, but deeply hurt by people and their reaction to him, even after all these years.

A confident and scintillating debut! I really look forward to more from this author in the future!