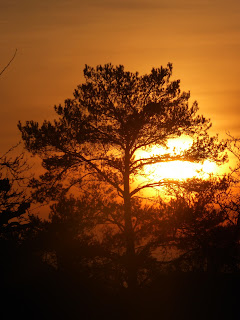 Good Afternoon!  I hope you are well! I'm not! Got a blinding headache this afternoon that is putting me in a foul mood! I just hope the headache pills kick in soon because I'm missing out on reading time in the glorious sunshine we have today! Feeling more like Summer than Spring!

And despite the fact that I haven't found much time this week to read, I have managed to finish another 6 books off the TBR mountain! But then I've added 2 new books from the library, 2 new books from Netgalley and 4 books in the post for review! At least I'm being good and still staying away from all bookshops of the real and online variety!

So here's a look back at my week in bookish form

One Minute Later by Susan Lewis  - 3 stars
Didn't love it but didn't hate it either!

A Vintage Year by Rosie Howard  - 4 stars
Book 2 and a lovely return to follow the goings on in Havenbury - full review to follow soon! 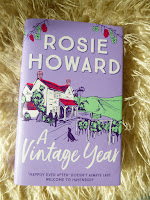 Starting with the evil Netgalley...

Discovery. Desire. Deception. A wondrously imagined tale of two female botanists, separated by more than a century, in a race to discover a life-saving flower . . .In Victorian England, headstrong adventuress Elizabeth takes up her late father's quest for a rare, miraculous plant. She faces a perilous sea voyage, unforeseen dangers and treachery that threatens her entire family.In present-day Australia, Anna finds a mysterious metal box containing a sketchbook of dazzling watercolours, a photograph inscribed 'Spring 1886' and a small bag of seeds. It sets her on a path far from her safe, carefully ordered life, and on a journey that will force her to face her own demons.In this spellbinding botanical odyssey of discovery, desire and deception, Kayte Nunn has so exquisitely researched nineteenth-century Cornwall and Chile you can almost smell the fragrance of the flowers, the touch of the flora on your fingertips . . .


Where the Hornbeam Grows by Beth Lynch
Publication date - April 2019

What do you do when you find yourself living as a stranger? When Beth Lynch moved to Switzerland, she quickly realised that the sheer will to connect with people would not guarantee a happy relocation.
Out of place and lonely, Beth knows that she needs to get her hands dirty if she is to put down roots. And so she sets about making herself at home in the way she knows best - by tending a garden, growing things. The search for a garden takes her across the country, through meadows and on mountain paths where familiar garden plants run wild, to the rugged hills of the Swiss Jura. In this remote and unfamiliar place of glow worms and dormice and singing toads she learns to garden in a new way, taking her cue from the natural world. As she plants her paradise with hellebores and aquilegias, cornflowers and Japanese anemones, these cherished species forge green and deepening connections: to her new soil, to her old life in England, and to her deceased parents, whose Sussex garden continues to flourish in her heart.
WHERE THE HORNBEAM GROWS is a memoir about carrying a garden inwardly through loss, dislocation and relocation, about finding a sense of wellbeing in a green place of your own, and about the limits of paradise in a peopled world. It is a powerful exploration by a dazzling new literary voice of how, in nurturing a corner of the natural world, we ourselves are nurtured. 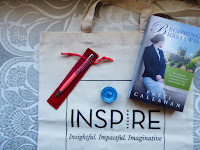 In a most improbable friendship, she found love. In a world where women were silenced, she found her voice.From New York Times bestselling author Patti Callahan comes an exquisite novel of Joy Davidman, the woman C. S. Lewis called “my whole world.” When poet and writer Joy Davidman began writing letters to C. S. Lewis—known as Jack—she was looking for spiritual answers, not love. Love, after all, wasn’t holding together her crumbling marriage. Everything about New Yorker Joy seemed ill-matched for an Oxford don and the beloved writer of Narnia, yet their minds bonded over their letters. Embarking on the adventure of her life, Joy traveled from America to England and back again, facing heartbreak and poverty, discovering friendship and faith, and against all odds, finding a love that even the threat of death couldn’t destroy.In this masterful exploration of one of the greatest love stories of modern times, we meet a brilliant writer, a fiercely independent mother, and a passionate woman who changed the life of this respected author and inspired books that still enchant us and change us. Joy lived at a time when women weren’t meant to have a voice—and yet her love for Jack gave them both voices they didn’t know they had.At once a fascinating historical novel and a glimpse into a writer’s life, Becoming Mrs. Lewis is above all a love story—a love of literature and ideas and a love between a husband and wife that, in the end, was not impossible at all. 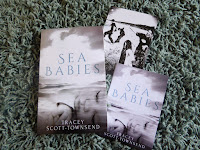 In September 2016, Lauren Wilson is travelling by ferry to the Outer Hebrides, about to begin a new job as a children’s social worker. She's also struggling to come to terms with the recent drowning of a Sheena, a teenage girl she had deeply cared for.
Engrossed in her book, when somebody sits opposite her at a table on the ferry, Lauren refuses to look up, annoyed at having her privacy disturbed. But a hand is pushing a mug of tea across the table, and a livid scar on the back of the hand releases a flood of memories.
Lauren studies the hand on the table in front of her, the line of the scar drawing a map of the past in her mind. She was the one who created the scar, not long before her relationship with the love of her life ended almost thirty years ago. Lauren hasn’t seen Neil since she walked out of their shared life, unable to forgive either herself or him for a decision he strongly pressured her to make.
She’s not ready to meet his eyes, not yet. From his scar to his wrist bone, following his arm upwards and across his shoulder to his collarbone, his chin and the lower part of his face; Lauren remembers incidents from their past and tries to work out what caused their life to go so horribly off-track.
When she finally meets his eyes and they speak to each other for the first time, Lauren believes she has set her life on a new course. But her gain will result in losses for others. Is this really what she wants to happen?


The Librarian of Auschwitz by Antonio Iturbe - ahead of Blog Tour

Fourteen-year-old Dita is one of the many imprisoned by the Nazis at Auschwitz. Taken, along with her mother and father, from the Terezín ghetto in Prague, Dita is adjusting to the constant terror that is life in the camp. When Jewish leader Freddy Hirsch asks Dita to take charge of the eight precious books the prisoners have managed to smuggle past the guards, she agrees. And so Dita becomes the secret librarian of Auschwitz, responsible for the safekeeping of the small collection of titles, as well as the ‘living books’ - prisoners of Auschwitz who know certain books so well, they too can be ‘borrowed’ to educate the children in the camp.
But books are extremely dangerous. They make people think. And nowhere are they more dangerous than in Block 31 of Auschwitz, the children’s block, where the slightest transgression can result in execution, no matter how young the transgressor…
The Narrow Land by Christine Dwyer Hickey from Readers First

1950: late summer season on Cape Cod. Michael, a ten-year-old boy, is spending the summer with Richie and his glamorous but troubled mother. Left to their own devices, the boys meet a couple living nearby - the artists Jo and Edward Hopper - and an unlikely friendship is forged.
She, volatile, passionate and often irrational, suffers bouts of obsessive sexual jealousy. He, withdrawn and unwell, depressed by his inability to work, becomes besotted by Richie's frail and beautiful Aunt Katherine who has not long to live - an infatuation he shares with young Michael.
A novel of loneliness and regret, the legacy of World War II and the ever-changing concept of the American Dream.
Library Haul
Inside the Wave by Helen Dunmore

CURRENTLY READING
The Ruin of Kings by Jenn Lyons

It's MyBirthday by Hannah Pearl

😎😎😎
How has your reading week been?! Hope it's been a good one! I'm off now to lie in a darkened room!