A huge pleasure to be the latest stop on the Blog Tour for THE FORGOTTEN SECRET by KATHLEEN MCGURL.  My thanks to the author, publisher and Rachel of Rachel's Random Resources for letting me be part of it all! 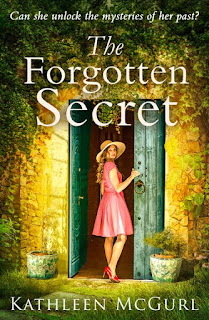 A country at war

It’s the summer of 1919 and Ellen O’Brien has her whole life ahead of her. Young, in love and leaving home for her first job, the future seems full of shining possibility. But war is brewing and before long Ellen and everyone around her are swept up by it. As Ireland is torn apart by the turmoil, Ellen finds herself facing the ultimate test of love and loyalty.
And a long-buried secret

A hundred years later and Clare Farrell has inherited a dilapidated old farmhouse in County Meath. Seizing the chance to escape her unhappy marriage she strikes out on her own for the first time, hoping the old building might also provide clues to her family’s shadowy history. As she sets out to put the place – and herself – back to rights, she stumbles across a long-forgotten hiding place, with a clue to a secret that has lain buried for decades.

For fans of Kate Morton and Gill Paul comes an unforgettable novel about two women fighting for independence. 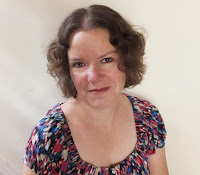 KATHLEEN MCGURL lives near the sea in Bournemouth, UK, with her husband and elderly tabby cat. She has two sons who are now grown-up and have left home. She began her writing career creating short stories, and sold dozens to women’s magazines in the UK and Australia. Then she got side-tracked onto family history research – which led eventually to writing novels with genealogy themes. She has always been fascinated by the past, and the ways in which the past can influence the present, and enjoys exploring these links in her novels.

Set over two timelines, 2016 and 1919, this absorbing story takes a look back at troubled times in Ireland , alongside a woman taking control of her own life after many years of being controlled by her husband, and finding her own feet again at the age of 50.

In the present timeline, we follow Claire who has been left a Farm in Ireland by an Uncle, which is in dire need of renovation and the thought of that gives her goosebumps! Not so her husband, Paul, who is used to getting his own way and just wants her to sell it so he can invest the money in something else.  Over the years she'd given up going against his wishes for the sake of her two sons, but now they're grown up and doing their own thing she gets the courage to do what SHE wants for a change and makes the big decision to leave her husband and set out on a new journey in Ireland.

And back in 1919, we follow the story of Ellen who is a young girl living with her Dad with not much money, but sets out on her life journey with a new job and a new romance that  is put to the test early on as Jimmy is determined to join the cause to fight for Irish independence.  Ellen's new boss is also involved with setting up clandestine meetings and Ellen finds herself passing on messages and doing all she can to avoid being detected by those out to thwart all those plotting against the English.

The two timelines worked so well with each other - we had the historical look back at some very troubling times and got to see how it affected the people living and working in Ireland at the time, and that is set against the backdrop of Claire who is looking to make her own way in life and explore the things she finds on the farm that had been hidden away for many years and to look back at the family history she didn't hear about.  Some of the revelations are pretty shocking but dealt with in sympathetic ways but left you as a reader feel quite emotional about what went on, and how things were so different back then. 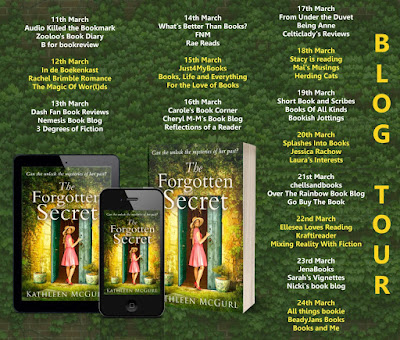