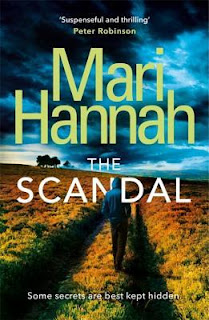 Delighted to be the latest stop on the Blog Tour for THE SCANDAL by MARI HANNAH. My thanks to Alainna for inviting me to be part of it all!

'Brand new series. Same top-notch writing.' Eva DolanWhen an young man is found stabbed to death in a side street in Newcastle city centre in the run up to Christmas, it looks like a botched robbery to DCI David Stone. But when DS Frankie Oliver arrives at the crime scene, she gets more than she bargained for.She IDs the victim as Herald court reporter, thirty-two-year old Chris Adams she's known since they were kids. With no eyewitnesses, the MIT are stumped. They discover that when Adams went out, never to return, he was working on a scoop that would make his name. But what was the story he was investigating? And who was trying to cover it up?As detectives battle to solve the case, they uncover a link to a missing woman that turns the investigation on its head. The exposé has put more than Adams' life in danger. And it's not over yet.

Having not read anything by Mari Hannah before I was intrigued by this story line of how a police officer deals with solving a crime when she knows the victim, and I was utterly transfixed from start to finish as the story builds up the tension with ease as the wonderful pair of DS Frankie Oliver and DCI David Stone work through what little information they have to crack the case.

This is the 3rd book in the series and I am eager to go back and read the first two as the main characters are such a great team.  They have their own back stories and issues, but their focus is to solve this terrible murder, and with very little to go on they are often left grasping at straws to find the links between the victim and why someone would murder him.

The victim, Chris Adams, is a reporter at a local paper and had been working on a story that he said would shock many, but he hadn't discussed his findings with anyone which makes their task even tougher.  He was also using shorthand for his notes, so this meant that they had to be deciphered to help them in their investigation. And with the past shared between Chris and Frankie, I found this to be an interesting element especially as they hadn't spoken in years but he was giving the impression to his family that they were still close.

The action is pulsating throughout and and it's clear that they are treading on some very dangerous toes at times and getting the proof they need becomes a very risky business.  An excellent read and wonderfully written characters! 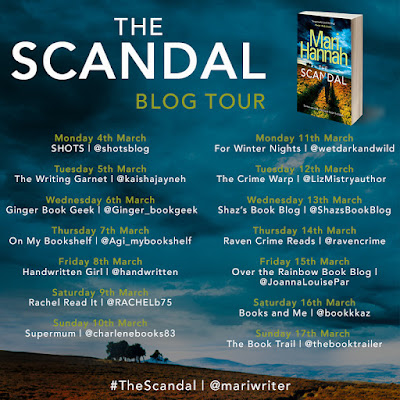