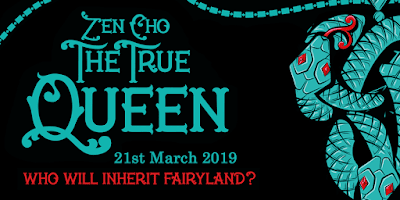 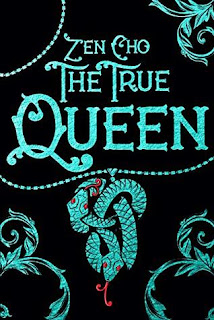 In the follow-up to the "delightful" Regency fantasy novel (NPR.org) Sorcerer to the Crown, a young woman with no memories of her past finds herself embroiled in dangerous politics in England and the land of the fae. When sisters Muna and Sakti wake up on the peaceful beach of the island of Janda Baik, they can't remember anything, except that they are bound as only sisters can be. They have been cursed by an unknown enchanter, and slowly Sakti starts to fade away. The only hope of saving her is to go to distant Britain, where the Sorceress Royal has established an academy to train women in magic.If Muna is to save her sister, she must learn to navigate high society, and trick the English magicians into believing she is a magical prodigy. As she's drawn into their intrigues, she must uncover the secrets of her past, and journey into a world with more magic than she had ever dreamed.

This is a standalone follow up -  if that make sense?! - to Sorcerer to the Crown - and the series with the most stunning covers (my award!!) captured my heart again with a story that doesn't follow on in the way that you'd expect it to, but takes it in a new direction, but with nods to the past and previous characters that we got to enjoy so much in Book One.

In this book we follow two sisters - Muna and Sakti who are discovered dazed and confused on  a beach  by the powerful sorceress Mak. Whilst Sakti seems to have magical powers in abundance, Muna has none so both girls are shipped off to England to try and discover the reason behind their curse but Sakti disappears along the way, leaving Muna to face the Sorceress Royal on her own and to try and rescue her sister from wherever she has gone.

What follows is lots of drama, fun, battles, dragons and talking paintings and it just made for a fabulous escape from the world we live in, and kept me on my toes trying to second guess what twists were bound to follow and how the strong female characters dealt with all that was thrown their way - and there was lots for them to battle!  While there wasn't as many humorous moments as in the first book, I found this story to be just as compelling and higher on the adventure scale, and the action never really lets up once the stage had been set and the girls were set on their path of discovery.

Cannot wait for the next installment and hope we're not waiting too long for it!! A cracking historical fantasy book!!