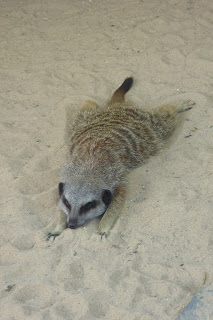 I think we can all relate to this meerkat right about now eh!! Hello!! Happy weekend to you! Weather forecast isn't looking too wonderful so that might be good news for the TBR pile as I hide under a blanket for the weekend!

Looking back on the past 7 days, it's been another fun week on the book front! Another 5 books finished, 4 newbies added from Netgalley ( I just can't stop myself!!) and 3 new arrivals in the post from publishers for reviewing and Blog Tours!   So the TBR pile continues to grow despite me forever telling myself  'STOP'!  And April is looking just as mad.....

Here's a look back at the books I've read and added this week.

The Last Words of Madeleine Anderson by Helen Kitson - 5 stars 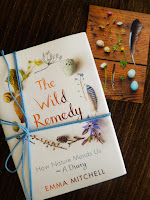 Stunning book that shows how the power of nature can help us heal especially when suffering with our mental wellbeing.


The Scandal by Mari Hannah - 4 stars

Starting with the evil Netgalley and what it lured me to add to my shelves!

Madame Tussaud: Her Life and Legacy by Geri Walton
Published by Pen & Sword

Madame Marie Tussaud is known worldwide for the chain of wax museums she started over 200 hundred years ago. Less known is that her original wax models were often of the famous and infamous people she personally knew during and after the French Revolution. These were people like Voltaire, Robespierre, and Napoleon -- people who changed the world. Even more, the wax figures were depicted in scenes drawn from the horrors she experienced during the reign of terror in Paris during her early adult years.This book shows how the traumatic and cataclysmic experiences of Madame Tussaud's early life became part of her legacy. She created a succession of scenes in wax, telling events as she personally experienced them. Her wax sculptures were visceral. She made them herself, at times from the living person's head and at other times from the recently guillotined head of a former house guest. As a result, people were drawn to her wax displays in those days because they were the most intense way of experiencing those events themselves.Madame Tussaud's story is told through a series of unique and informative stories drawn from an in-depth study of both Madame Tussaud's life and the dramatic times in which she lived. This narrative style makes learning about history rewarding for both avid history readers and people with a casual interest in this unique story.

THE ROSIE RESULT by GRAEME SIMSION
Published by Penguin

The Rosie Result is the triumphant final instalment of the internationally bestselling series that began with The Rosie Project.

'The phone call signalling an escalation in the Hudson Adjustment Problem came at 10:18 a.m. on a Friday morning . . .'

Meet Don Tillman, the genetics professor with a scientific approach to everything. But he's facing a set of human dilemmas tougher than the trickiest of equations.

Right now he is in professional hot water after a lecture goes viral; his wife of 4,380 days, Rosie, is about to lose the research job she loves; and - the most serious problem of all - their eleven-year-old son, Hudson, is struggling at school. He's a smart kid, but socially awkward-not fitting in.

Fortunately, Don's had a lifetime's experience of not fitting in. And he's going to share the solutions with Hudson. He'll need the help of old friends and new, lock horns with the education system, and face some big questions about himself. As well as opening the world's best cocktail bar.

Big-hearted, hilarious and exuberantly life-affirming, The Rosie Result is a story of overcoming life's obstacles with a little love and a lot of overthinking.

THE SECRET HOURS by SANTA MONTEFIORE
Published by Simon & Schuster

‘Let the wind take me and the soft rain settle me into the Irish soil from where I came. And may my sins be forgiven.’  Arethusa Clayton has always been formidable, used to getting her own way. On her death, she leaves unexpected instructions.  Instead of being buried in America, on the wealthy East Coast where she and her late husband raised their two children, Arethusa has decreed that her ashes be scattered in a remote corner of Ireland, on the hills overlooking the sea.  All Arethusa ever told Faye was that she grew up in a poor farming family and left Ireland, alone, to start a new life in America as did so many in those times of hardship and famine. But who were her family in Ireland and where are they now? What was the real reason that she turned away from them? And who is the mysterious benefactor of a significant share of Arethusa’s estate?  Arethusa is gone. There is no one left to tell her story. Faye feels bereft, as if her mother’s whole family has died with her. Leaving her own husband and children behind, she travels to the picturesque village of Ballinakelly, determined to fulfil her mother’s last wish and to find out the reason for Arethusa’s insistence on being laid to rest in this faraway land.

1838: Northumberland, England. Longstone Lighthouse on the Farne Islands has been Grace Darling’s home for all of her twenty-two years. When she and her father rescue shipwreck survivors in a furious storm, Grace becomes celebrated throughout England, the subject of poems, ballads, and plays. But far more precious than her unsought fame is the friendship that develops between Grace and a visiting artist. Just as George Emmerson captures Grace with his brushes, she in turn captures his heart.1938: Newport, Rhode Island. Nineteen-years-old and pregnant, Matilda Emmerson has been sent away from Ireland in disgrace. She is to stay with Harriet, a reclusive relative and assistant lighthouse keeper, until her baby is born. A discarded, half-finished portrait opens a window into Matilda’s family history. As a deadly hurricane approaches, two women, living a century apart, will be linked forever by their instinctive acts of courage and love. 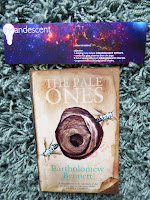 Pulped fiction just got a whole lot scarier… Few books ever become loved. Most linger on undead, their sallow pages labyrinths of old, brittle stories and screeds of forgotten knowledge. And other things besides... Paper-pale forms that rustle softly through their leaves. Ink-dark shapes swarming in shadow beneath faded type. And an invitation...Harris delights in collecting the unloved. He wonders if you'd care to to donate. A small something for the odd, pale children no-one has seen. An old book, perchance? Neat is sweet; battered is better.Broken spine or torn binding, stained or scarred - ugly doesn't matter. Not a jot. And if you’ve left a little of yourself between the pages – a receipt or ticket, a mislaid letter, a scrawled note or number — that’s just perfect. He might call on you again. Hangover Square meets Naked Lunch through the lens of a classic M. R. James ghost story. To hell and back again (and again) via Whitby, Scarborough and the Yorkshire Moors. Enjoy your Mobius-trip. 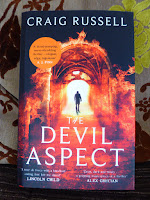 A terrifying novel set in Czechoslovakia in 1935, in which a brilliant young psychiatrist takes his new post at an asylum for the criminally insane that houses only six inmates--the country's most depraved murderers--while, in Prague, a detective struggles to understand a brutal serial killer who has spread fear through the city, and who may have ties to the asylum In 1935, Viktor Kos�rek, a psychiatrist newly trained by Carl Jung, arrives at the infamous Hrad Orlu Asylum for the Criminally Insane. The state-of-the-art facility is located in a medieval mountaintop castle outside of Prague, though the site is infamous for concealing dark secrets going back many generations. The asylum houses the country's six most treacherous killers--known to the staff as The Woodcutter, The Clown, The Glass Collector, The Vegetarian, The Sciomancer, and The Demon--and Viktor hopes to use a new medical technique to prove that these patients share a common archetype of evil, a phenomenon known as The Devil Aspect. As he begins to learn the stunning secrets of these patients, five men and one woman, Viktor must face the disturbing possibility that these six may share another dark truth. Meanwhile, in Prague, fear grips the city as a phantom serial killer emerges in the dark alleys. Police investigator Lukas Smolak, desperate to locate the culprit (dubbed Leather Apron in the newspapers), realizes that the killer is imitating the most notorious serial killer from a century earlier--London's Jack the Ripper. Smolak turns to the doctors at Hrad Orlu for their expertise with the psychotic criminal mind, though he worries that Leather Apron might have some connection to the six inmates in the asylum. Steeped in the folklore of Eastern Europe, and set in the shadow of Nazi darkness erupting just beyond the Czech border, this stylishly written, tightly coiled, richly imagined novel is propulsively entertaining, and impossible to put down.


PILGRIM by LOUISE HALL - ahead of April Blog Tour 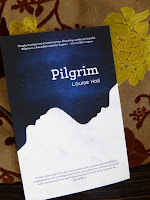 After a major row with his wife, Sarah, Charlie Carthy storms out of the family home. Just hours later he finds out that Sarah has become the victim of a hit and run driver and is in critical condition in hospital. Sarah's death and Charlie's self-absorbing grief throws their daughter Jen's life into turmoil. Will an unwanted pilgrimage to Medjugorje heal Jen and Charlie's relationship, or, should Jen prepare to lose her remaining parent? Told with a deep humanity and grace, Pilgrim is a story about a man who feels he has nothing to live for, and a daughter who is determined to prove him wrong.

The Forgotten Secret by Kathleen McGurl

And we're done!   I'm off for a nice cup of tea now and some biscuits and wish you all a happy bookish weekend!