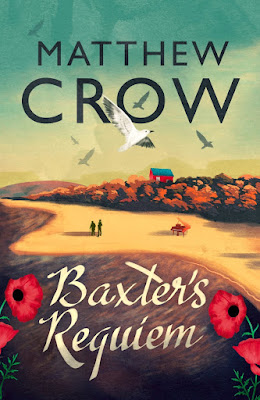 So delighted to be part of this Blog Tour for BAXTER'S REQUIEM by MATTHEW CROW as I just want to shout from the roof tops of just how wonderful I found this book to be!!  My thanks to the author, publisher and Anne of Random Things Tours for letting me be part of it all!


A tender, witty, uplifting story about friendship, family and community written with great humour that will appeal to fans of Rachel Joyce, Ruth Hogan and Joanna Cannon.


Mr Baxter is ninety-four years old when he falls down his staircase and grudgingly finds himself resident at Melrose Gardens Retirement Home.


Baxter is many things - raconteur, retired music teacher, rabble-rouser, bon viveur - but 'good patient' he is not. He had every intention of living his twilight years with wine, music and revelry; not tea, telly and Tramadol. Indeed, Melrose Gardens is his worst nightmare - until he meets Gregory.


At only nineteen years of age, Greg has suffered a loss so heavy that he is in danger of giving up on life before he even gets going.


Determined to save the boy, Baxter decides to enlist his help on a mission to pay tribute to his long-lost love, Thomas: the man with whom he found true happiness; the man he waved off to fight in a senseless war; the man who never returned. The best man he ever knew.


With Gregory in tow Baxter sets out on a spirited escape from Melrose, bound for the war graves of Northern France. As Baxter shares his memories, the boy starts to see that life need not be a matter of mere endurance; that the world is huge and beautiful; that kindness is strength; and that the only way to honour the dead, is to live.


Baxter's Requiem is a glorious celebration of life, love and seizing every last second we have while we're here. 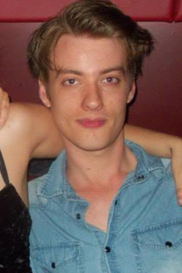 Matthew Crow was born and raised in Newcastle. Having worked as a freelance journalist since his teens he has contributed to a number of publications including the Independent on Sunday and the Observer. He has written for adults and YA. His book My Dearest Jonah, was nominated for the Dylan Thomas Prize.

Be still, my beating heart!! I ADORED this beautiful and touching book from start to finish! It is one of those books that is such a simple story but full of so many important and emotional messages that you can't help but take these characters to heart and embrace the friendships made in the most unlikely of places.Baxter is a grumpy old man! He doesn't want to be living in the care home but time has forced him to, and he'll let everyone know he's not happy about it while he's there! He's 94, a realist and he gets on with things, seeking solace in his vinyl.Greg is 18 and starts working at the home for something to do. He's had a tragic past and doesn't find much in life that excites him anymore and wants to escape his life. Going home doesn't bring him much joy either so the banter he has with various residents, especially Baxter, starts to spark some life into himThe friendship that begins with Baxter and Greg is so touching! Baxter sees behind the tough exterior of Greg and wants to find out more about what has caused him so much anguish . And this bond between them allows them both to share some tough stories about what they've both been through - and it's fascinating to get these comparisons between someone almost at the end of their life, and someone just beginning theirs. It just shows that people have more in common than they think - age is no barrier!.The care home staff become like family to one another and is another wonderful aspect of this story. There are some great characters introduced throughout, each playing such an important role in the main thread and just gives that extra depth to the storyline.This book deals with grief in its' many forms - for people lost, for lives not being lived - and it does it in such a heartwarming way, without ever going OTT or feeling too sickly or sorry for itself. The characters and their pasts are so poignant, and how the act of being a friend can be so rewarding and such a strength to those who need someone to talk to or to believe in. It was heartwarming and heartbreaking to read and full of so much spirit and compassion that it just fills you with joy. An absolute delight of a book!! 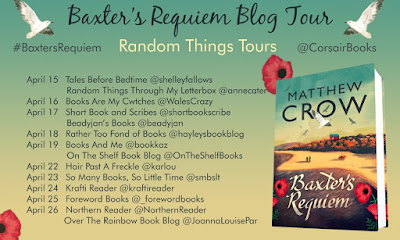