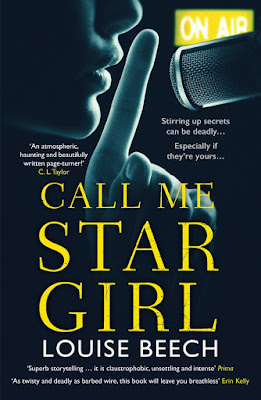 A huge thrill for me today to be part of the blog tour for STAR GIRL by LOUISE BEECH - my thanks to the author, publisher and Anne of Random Things Tours for letting me be part of it all so I can share my love for this stunningly brilliant book!

Tonight is the night for secrets…Pregnant Victoria Valbon was brutally murdered in an alley three weeks ago – and her killer hasn’t been caught.Tonight is Stella McKeever’s final radio show. The theme is secrets. You tell her yours, and she’ll share some of hers.Stella might tell you about Tom, a boyfriend who likes to play games, about the mother who abandoned her, now back after twelve years. She might tell you about the perfume bottle with the star-shaped stopper, or about her father …What Stella really wants to know is more about the mysterious man calling the station … who says he knows who killed Victoria, and has proof.Tonight is the night for secrets, and Stella wants to know everything…With echoes of the chilling Play Misty for Me, Call Me Star Girl is a taut, emotive and all-consuming psychological thriller that plays on our deepest fears, providing a stark reminder that stirring up dark secrets from the past can be deadly… 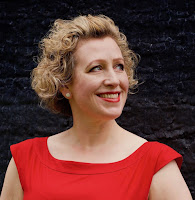 I don't know where to start!!  Breathless is how this book left me feeling as it's one of those stories that just grabs hold of you from the start and doesn't let go until long after you've finished the last page!

I was really excited when I knew that Louise Beech was going to be venturing into the world of thrillers, as I've loved her previous books, and this book was unsettling and tense from the word go and I loved every single minute of it!

Stella is a radio host and has decided tonight is going to be her last show so she's living dangerously by inviting late night callers to ring in and confess their secrets, while confessing a few of her own!  As a huge fan of phone in radio myself, especially Iain Lee and Katherine Boyle on TalkRadio, I really connected with her way of presenting as  she had built up relationships with callers over the years she'd been hosting the show so when they call in they feel like they are talking to a friend.  Local events nearby had really unsettled her and some of her callers and it was fascinating to see the effect it had on their way of thinking and behaviours. One caller in particular really strikes a nerve with his call and revelations....

Stella has had a complicated life herself and we get to look back at her youth and the very fractured and damaging relationship she has with her mother who walked out on her when Stella was just 12, leaving only a note and a perfume bottle behind.  Hearing Stella talk about these times, alongside the story from her mother's point of view was really quite poignant as it showed the heartache on both sides.

We are also introduced to Stella's other half, Tom, and they have a passionate and quite dangerous relationship so you sense that Stella is used to a life that doesn't running smoothly and she's never really known a settled life and what kind of effect that has had on her psyche.

When more details are released about the woman who was found murdered in an alley nearby, the tension really ramps up and, without revealing any spoilers, I was shocked by the turn of events and it really caught me off guard as the drama played out.

A stunning thriller that I recommend highly to all!! Just read it!!!! 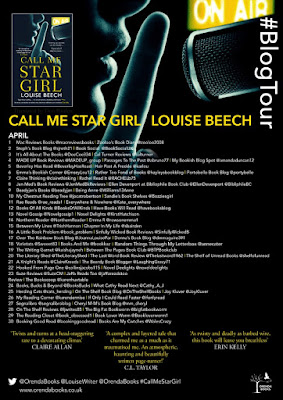