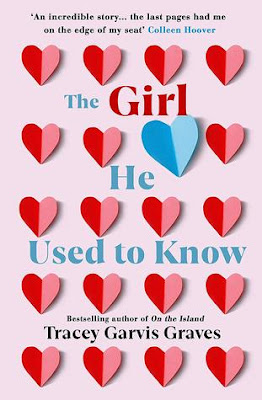 Extremely delighted to be the latest stop on the Blog Tour for THE GIRL HE USED TO KNOW by TRACEY GARVIS GRAVES and  I hope you'll enjoy learning more about the book and what I thought about it in this post!

My thanks to the author, publisher and Tracy Fenton for arranging the tour and letting me be part of it all!

Here's a little more about the book!

Annika (rhymes with Monica) Rose is an English major at the University of Illinois. Anxious in social situations where she finds most people's behavior confusing, she'd rather be surrounded by the order and discipline of books or the quiet solitude of playing chess.Jonathan Hoffman joined the chess club and lost his first game--and his heart--to the shy and awkward, yet brilliant and beautiful Annika. He admires her ability to be true to herself, quirks and all, and accepts the challenges involved in pursuing a relationship with her. Jonathan and Annika bring out the best in each other, finding the confidence and courage within themselves to plan a future together. What follows is a tumultuous yet tender love affair that withstands everything except the unforeseen tragedy that forces them apart, shattering their connection and leaving them to navigate their lives alone.Now, a decade later, fate reunites Annika and Jonathan in Chicago. She's living the life she wanted as a librarian. He's a Wall Street whiz, recovering from a divorce and seeking a fresh start. The attraction and strong feelings they once shared are instantly rekindled, but until they confront the fears and anxieties that drove them apart, their second chance will end before it truly begins.

I found this to be a totally heartwarming and quirky story, featuring the character of Annika who is such a gentle soul that you can't help fall in love with her, and her ways!, and it's a book that has a lovely gentle flow about it that time just flies by while you're reading it!

Annika first met Jonathan back in college and her awkwardness and honesty won his heart.  This was back in 1991 and with the help of Jonathan and her very understanding and sweet roommate Janice, she gets by in a world that often overpowers her and leaves her feeling very anxious and deflated.  She is such a sweet person and has had to deal with people treating her badly because she was 'different' over the years that she shies away from social situations, and when she is faced with a difficult situation her response is to shut down and sleep.  But Jonathan and Janice love her for the way she is and that helps her gain a little more confidence and belief in herself.

Fast forward 10 years and she's living and working in Chicago and by chance bumps in to Jonathan again.  We then get to see their stories unfold from back then to now, alongside her visits to her therapist whom she opens up to about everything and how to deal with the feelings she has now towards Jonathan.  You get the feeling there's a lot of sadness that she's had to deal with and you're desperate to find out what that was and desperate for her to enjoy some happier times in the company of others.

I loved the character of Annika mainly because she's different! There's nothing fake about her and even though she likes her own company, she still has that part of her that would like to spend more time with other people and feel needed but she can't help the way she is and she just wants to understand it more.

It was fascinating to see the way the story was told over the missing 10 years, and how they'd changed as people and Jonathon is an extremely understanding and compassionate character and  a rarity in seeing through the awkwardness of Annika to see the real, sweet and genuine person she is.  There's sadness, laughs and all the feels in this book and it's one I highly recommend picking up! 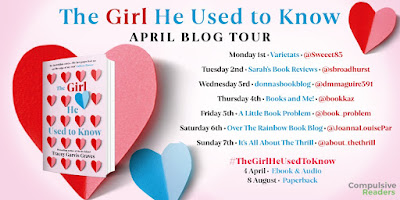