#BookReview The Choke by Sofie Laguna 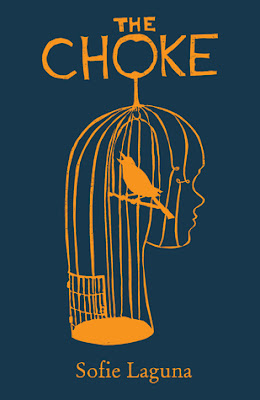 Winner of the 2018 Australian Indie Award / Shortlisted for the 2018 Australian Literary Gold Medal'By turns lyrical and brutal, The Choke is equal parts Greek tragedy and heart-breaking noir.’ – The Irish TimesA quick, cruel, coming-of-age tale in the vein of recent remarkable literature on dangerous girlhoods and disjointed families.Abandoned by her mother and only occasionally visited by her secretive father, Justine is raised by her grandfather Justine finds sanctuary in Pop’s chickens and the beauty of The Choke on the nearby Murray River. But there is no one to protect Justine from danger. Her father is a criminal, and the world he exposes her to is lethal.A brilliant, haunting novel about a child navigating an often-uncaring world of male power and violence, in which grown-ups can’t be trusted and comfort can only be found in nature.

This was a raw, heartbreaking, touching and emotional story of a young girl called Justine who is growing up in 1970's Australia with very little guidance or understanding of the world around her and quite often having her naivety taken advantage of and you just want to scoop her up and rescue her from it all.The story starts when she is 10 and living with her paternal grandfather - her mother left when she was 3, and her dad is always away working so all she knows is the 'Pop' way of life who is there for her but more interested in drinking beer and has a very blinkered outlook on how life should be lived. She seeks solace in the company of her 'chooks' but touchingly becomes close to a school friend, Michael, who is disabled so has to deal with prejudices and bullying from the other children. They are drawn to one another and it's the first real time she sees kindness in action, especially when spending time with his family. Justine's world is not a normal one - the things she's seen and been exposed to is way too much for a 10 year old to deal with - but she knows no different and is a fighter. Her Dad visits very rarely, her Aunt Rita even less but that is due to her 'Pop' not approving of his daughters' lifestyle choices - there is very little respect for women from many of the male characters in this book and it was often shocking to read of their behaviours and actions. Justine learns from attitudes around her so she's learnt not to value herself or question what she sees or hears. Things intrigue her, scare her - but she has no way of expressing herselfThe story then moves on to high school for Justine so she's dealing with isolation there alongside the changes in her body and once more you are just screaming out for someone to care for her and show her respect and kindness. But through adversity comes strength, and Justine proves to be mightier when she's at rock bottom.This isn't an easy read at all - there's 'earthy' language, brutal scenes - but it was such a powerful story, with a young character so brilliantly portrayed that I highly recommend it to everyone looking for something a little bit different.My thanks to Gallic Books for the copy in return for a fair and honest review.