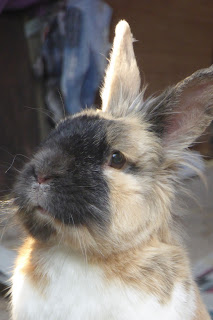 Hoppy Easter to you all! I hope you are having chocolate for breakfast, lunch and dinner! Or maybe the Easter Bunny is bringing you books?! Now that should definitely be a thing!

A busy start to the week here has left me feeling rather flat come the end of the week, so hoping for some rest, relaxation and reading in the sunny garden over the Easter period!

It's been a great bookish week too - Managed to finish 5 books, got 2 new arrivals from Netgalley, had a  little shopping spree in the Waterstones sale, got 2 books from the library and some bookpost too! Yay!


Daughter of the House by Victoria Cornwall - 5 stars
An enthralling historical story.

The Salt Path by Raynor Winn  - 4 stars
An emotional journey for both author and reader! 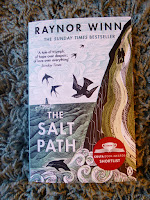 The Soul of Kindness by Elizabeth Taylor - 4 stars
Really enjoyed this one!

In Two Minds by Alis Hawkins - 4 stars
Another fascinating and thrilling installment of this series!

The Wrong Envelope by Liz Treacher - 4 stars
Such a sweet book! A really enjoyable reading experience

A trip to the library ended up with these two making their way home with me.. 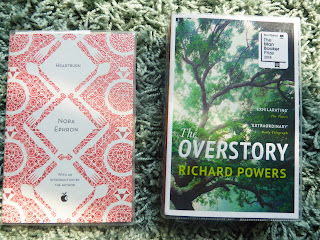 THE OVERSTORY by RICHARD POWERS
The Overstory is a sweeping, impassioned work of activism and resistance that is also a stunning evocation of—and paean to—the natural world. From the roots to the crown and back to the seeds, Richard Powers’s twelfth novel unfolds in concentric rings of interlocking fables that range from antebellum New York to the late twentieth-century Timber Wars of the Pacific Northwest and beyond. There is a world alongside ours—vast, slow, interconnected, resourceful, magnificently inventive, and almost invisible to us. This is the story of a handful of people who learn how to see that world and who are drawn up into its unfolding catastrophe.

HEARTBURN by NORA EPHRON
Is it possible to write a sidesplitting novel about the breakup of the perfect marriage? If the writer is Nora Ephron, the answer is a resounding yes. For in this inspired confection of adultery, revenge, group therapy, and pot roast, the creator of Sleepless in Seattle reminds us that comedy depends on anguish as surely as a proper gravy depends on flour and butter.Seven months into her pregnancy, Rachel Samstat discovers that her husband, Mark, is in love with another woman. The fact that the other woman has "a neck as long as an arm and a nose as long as a thumb and you should see her legs" is no consolation. Food sometimes is, though, since Rachel writes cookbooks for a living. And in between trying to win Mark back and loudly wishing him dead, Ephron's irrepressible heroine offers some of her favorite recipes. Heartburn is a sinfully delicious novel, as soul-satisfying as mashed potatoes and as airy as a perfect soufflé.


And then I went book shopping with my niece - a fellow bookworm! - and I got these 3 from their sale table!! 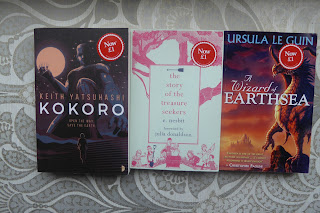 
Masterfully combining fantasy, science fiction and Japanese mythology, the sequel to Kojiki takes us into the heart of a war that spreads across the worlds.


On the planet of Higo, without the guidance of the Great Spirits, its people are descending into religious civil war. Baiyren Tallaenaq, Prince of Higo, is exiled after causing the death of his mother.
Freed from his responsibilities and the looming war, he steals their greatest weapon a giant, sentient, armoured suit and uses it to open a Portal to a world he never knew existed. A world called 'Earth '...home of a magical young woman called Keiko.

THE STORY OF THE TREASURE SEEKERS by E.NESBIT
A legendary children's story of sibling adventure, by the enchanting author of The Railway Children and Five Children and It, which has delighted countless generations of children
The Bastable children (Dora, Oswald, Dicky, Alice, Noel, and Horace Octavius—H.O.) live in London with their widowed father. Too poor to attend school, the children are left to their own devices, and they spend their days coming up with ingenious plans to restore their father's fortune. Told from the first person perspective—which lends the narrative substantial bias—this was Nesbit's first work. Refreshingly free of Victorian sentimentality, yet still wonderfully evocative of a bygone era, the tale makes for timeless reading. amd ensures Nesbit's esteemed place in the canon of children's literature.

A WIZARD OF EARTHSEA by URSULA LE GUIN
The first book of Earthsea is a tale of wizards, dragons and terrifying shadows. The island of Gont is a land famous for wizards. Of these, some say the greatest - and surely the greatest voyager - is the man called Sparrowhawk. As a reckless, awkward boy, he discovered the great power that was in him - with terrifying consequences. Tempted by pride to try spells beyond his means, Sparrowhawk lets loose an evil shadow-beast in his land. Only he can destroy it, and the quest leads him to the farthest corner of Earthsea.

A bit of bookpost ahead of a Blog Tour...


A monthly subscription parcel from the fabulous Prudence & The Crow - book , sweets, mirror, stationery and tea! 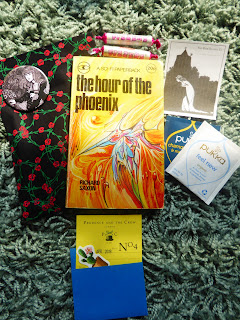 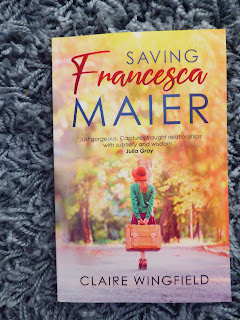 'Moving and beautifully written ... explores the complex ties of family and friendship with insight and compassion.' Tracey Emerson

Can you leave the past in another country?


Francesca Maier knows little of her father's home country or her parents' life together before she was born. A summer in Berlin brings the past - and its secrets - alive. Adrift in a foreign city, she finds an unexpected friend in east Berliner Antonio - but what will he sacrifice to save her?


Saving Francesca Maier probes the secrets every family hides and the decisions we make in a volatile world.

And then to Netgalley....


CRUSHED by  KATE HAMER
Published by Faber - out May 2019

Phoebe stands on Pulteney Bridge, tights gashed from toe to thigh. The shock of mangled metal and blood-stained walls flashes through her mind as she tries to cover her face so she won't be recognised. It wouldn't do to be spotted looking like this. She's missing a shoe. She feels sick.Phoebe thought murder and murder happened. Thoughts are just thoughts, they said. Now she knows they were wrong.At home, Phoebe arranges the scissors and knives so they point toward her mother's room. She is exhausted, making sure there's no trace of herself - not a single hair, not even her scent - left anywhere in the house. She must not let her thoughts unravel, because if they do, there's no telling who might be caught in the crossfire, and Phoebe will have to live with the consequences.

ONLY A NOVEL by JANE AIKEN HODGE
Published by Agora Books 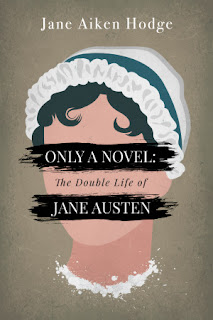 An intimate portrait of the two sides of the inimitable Jane Austen: the private life of a decorous and genteel young woman dedicated to family life; and the extraordinary life of an enigmatic author who shied away from the spotlight but illuminated, with her acerbic wit and observation, women's lives ruled by English manners.

Weaving in both historical records and family letters, Aiken Hodge's endearing and affectionate biography of the esteemed author of Pride and Prejudice, Sense and Sensibility, and Persuasionaims to unite these two Austens and give a more wholistic view of the great writer who influenced the cannon of English literature.

THE OVERSTORY by RICHARD POWERS
Captivated by this already so will carry on reading this all over Easter! 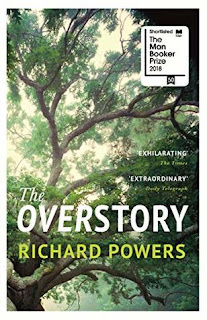 Wishing you all a wonderful week ahead on the reading front -  it's my birthday this week! 21 yet again!! Hoping for lots of book shaped presents!!