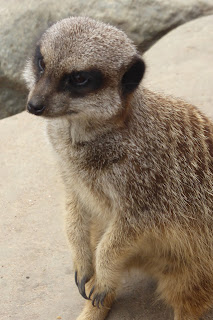 hello!  apologies for the radio silence on the blog front this week! I've hit the wall on the reviewing front! So now I need to play catch up -and I'm not looking forward to that one little bit!

But it was also my birthday this past week, so I'm 21 again and there were lots of lovely bookish gifts and cake for me to enjoy, and I may share another post with the bookish gifts and the results of my book voucher spending spree soon!

On the reading front it's been quiet this past week! Suffering a little bit of a book hangover from one amazing book, but still managed to finish 4 books this week. Just one new addition from NetGalley and also some lovely bookpost for a blog tour, and ones I NEEDED  to treat myself to!!  Here's a look back!


The Overstory by Richard Powers - 6 stars!!!
wow blooming wow!! beast of a book but loved every minute of it!

Crikey A Bodyguard by Kathryn Freeman - 4 stars
A fab mix of romance, fun and thrilling action!

William Shakespeare's Get Me Back to Thee Future! by Ian Doescher - 4 stars
A Shakespearean take on the Back to the Future film - and it works! Loved the fun and quirkiness of it all!


Such a fascinating period of history brought to life so well. A royal soap opera!

1968.
Veronica Moon, a junior photographer on a local paper in an Essex town, is frustrated. She never gets good assignments, and no one takes her seriously. And then she visits the picket line at Dagenham Ford Factory. At the front line of the fight for equal pay for women workers she meets Leonie - a privileged, angry activist, ahead of her time and prepared to fight for equality with everything she has. Veronica is captivated. She breaks off her engagement and moves to London with Leonie to begin a game-changing career and an intoxicating friendship.
Fifty years later and Leonie is gone. Veronica is a recluse with a crippling degenerative disease. For a while she was heralded as a pioneer, leading the charge for women everywhere. But her career was shockingly and abruptly ended by one of the most famous photographs of the twentieth century. It is a photograph she took of her best friend's death.
Now, as that controversial picture hangs as the centrepiece of a new feminist exhibition curated by Leonie's niece, long-repressed memories of Veronica's extraordinary life and tumultuous, passionate and - at times toxic - friendship begin to stir.
It's time to break her silence and step back into the light. And she will no longer hide from the truth about that dark time . . .

THE GARDEN OF LOST AND FOUND by HARRIET EVANS
Got this signed edition from Bert's Books which came beautifully wrapped too! 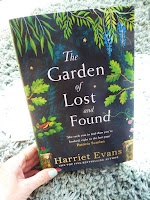 Nightingale House, 1919. Liddy Horner discovers her husband, the world-famous artist Sir Edward Horner, burning his best-known painting The Garden of Lost and Found days before his sudden death.Nightingale House was the Horner family's beloved home - a gem of design created to inspire happiness - and it was here Ned painted 'The Garden of Lost and Found', capturing his children on a perfect day, playing in the rambling Eden he and Liddy made for them.One magical moment. Before it all came tumbling down...When Ned and Liddy's great-granddaughter Juliet is sent the key to Nightingale House, she opens the door onto a forgotten world. The house holds its mysteries close but she is in search of answers. For who would choose to destroy what they love most? Whether Ned's masterpiece - or, in Juliet's case, her own children's happiness.Something shattered this corner of paradise. But what? 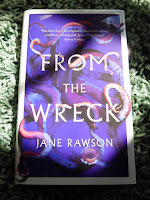 From the Wreck tells the remarkable story of George Hills, who survived the sinking of the steamship Admella off the South Australian coast in 1859. Haunted by his memories and the disappearance of a fellow survivor, George’s fractured life is intertwined with that of a woman from another dimension, seeking refuge on Earth. This is a novel imbued with beauty and feeling, filled both with existential loneliness and a deep awareness that all life is interdependent. 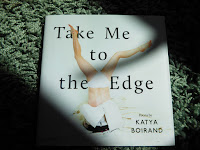 Five words of your choice provoke a chain of creation.

Seven years ago in the middle of the Atlantic Ocean, I sat beside a friend, staring out at the horizon on the flat calm waters. I turned to my friend and asked her for five words of her choice. This time I would openly invite inspiration into my work and allow myself to be guided by her impulses. A chain of creation was born as a poem was written using her words.
The joy that poem had brought about struck me as something I could spread further than just my close circle of friends. I began to ask everyone I met for their five words of choice, in gallery spaces or just in passing.

A GOOD ENOUGH MOTHER by BEV THOMAS
The April book of the month from Goldsboro Books in a gorgeous case!

The hardest lies to spot are the ones we tell ourselves.

Dr Ruth Hartland rises to difficult tasks. She is the director of a highly respected trauma therapy unit. She is confident, capable and excellent at her job. Today she is preoccupied by her son Tom's disappearance.

So when a new patient arrives at the unit - a young man who looks shockingly like Tom - she is floored.

As a therapist, Ruth knows exactly what she should do in the best interests of her client, but as a mother she makes a very different choice - a decision that will have profound consequences.

CAPE MAY by CHIP CHEEK 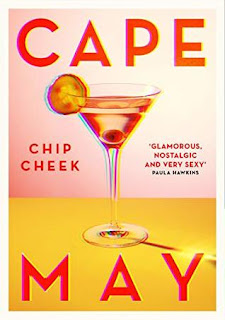 THE DEVIL ASPECT by CRAIG RUSSELL 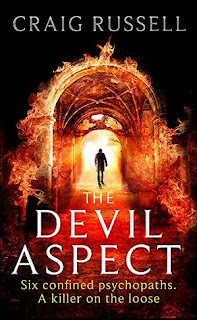 And there we have it! Not a bad week even though it felt like I never had much time to read!  Now to attack those reviews...!!