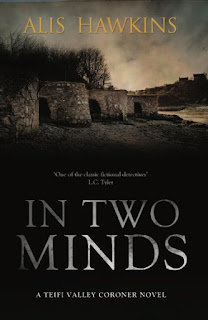 Excited to be here today to share with you my thoughts on this wonderful series, along with a guest post from Alis herself all about Victorian Crime Fiction! My thanks to the Author and Publisher for letting me be part of this tour!

Harry Probert-Lloyd, a young barrister forced home from London by encroaching blindness, has begun work as the acting coroner of Teifi Valley with solicitor’s clerk John Davies as his assistant. When a faceless body is found on an isolated beach, Harry must lead the inquest. But his dogged pursuit of the truth begins to ruffle feathers. Especially when he decides to work alongside a local doctor with a dubious reputation and experimental theories considered radical and dangerous. Refusing to accept easy answers might not only jeopardise Harry’s chance to be elected coroner permanently but could, it seems, implicate his own family in a crime.


Published by The Dome Press

Alis Hawkins grew up on a dairy farm in Cardiganshire. After attending the local village primary school and Cardigan County Secondary school, she left West Wales to read English at Oxford. Subsequently, she has has done various things with her life, including becoming a speech and language therapist, bringing up two sons, selling burgers, working with homeless people, and helping families to understand their autistic children. And writing. Always. Nonfiction (autism related), plays (commissioned by heritage projects) and, of course, novels. Alis’s first novel, Testament, was published in 2008 by Macmillan and was translated into several languages. (It has recently been acquired for reissue, along with her medieval trilogy of psychological thrillers by Sapere Books). Her current historical crime series featuring blind investigator Harry Probert-Lloyd and his chippy assistant, John Davies, is set in Cardiganshire in the period immediately after the Rebecca Riots. As a sideeffect of setting her series there, instead of making research trips to sunny climes like more foresighted writers, she just drives up the M4 to see her family. Now living with her partner on the wrong side of the Welsh/English border (though she sneaks back over to work for the National Autistic Society in Monmouthshire) Alis speaks Welsh, collects rucksacks and can’t resist an interesting fact. 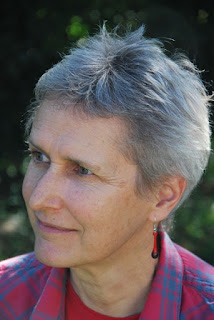 
But the Victorian era isn’t limited to the last decade or so of the nineteenth century when Watson and Holmes were doing their thing. Victoria was on the throne for 63 years and the world changed almost as much between the start of her reign in 1837 and the end of it in 1901 as it did between 1937 and 2001. In other words, a lot.


Nor, obviously, is the Victorian era geographically limited to London.

So, the Victorian crime fiction you’ll find between the covers of In Two Minds (and the first in the series, None So Blind) differs substantially from the goings-on inside 221B Baker Street and the gaslit streets of the capital.


For a start, the books are set at the beginning of the 1850s. Victoria is neither old nor fat. Nor is she yet dressed in black or unamused. She’s barely into her thirties and Prince Albert still has a decade to live. Isambard Kingdom Brunel is doing extraordinary things with the new railways, to say nothing of iron ships, and the Great Exhibition has just taken place in the Crystal Palace – a feat of engineering that astonished the world. The world and the empire is young and vigorous and full of promise.


And, instead of the grubby, corrupt, crime-ridden streets and hellish rookeries of London, we’re in the clean air of south west Wales, amongst the wooded tributary valleys of the river Teifi and on the busy Cardiganshire coastline where merchant ships plied up and down the coast from Liverpool to Bristol and London and across the Atlantic to America.


It’s a very different time and a very different place. Sherlock Holmes wouldn’t’ve known what to do there or how to go about understanding what was going on. But Harry Probert-Lloyd does, because it’s his time and his place and he may be blind, but that doesn’t mean he’s ignorant about how things work here.


So, what were things like in the Teifi Valley in the mid-nineteenth century? How did society work?


Of course, they lived with different expectations, different fears – fears that were a lot more immediate, in many ways, than our own. Without antibiotics or the welfare state or health and safety, life was a lot more precarious – which is always good for a crime writer, especially if her sleuth is a coroner. But people were still people and the past is only the present which happens to have taken place a while ago. It was still now when it happened and we should never forget that.


It’s with that attitude in mind that I write my books. I don’t think of Harry and John as historical figures, living in a quaint, sepia-tinted version of the world. In my mind, they’re living, breathing, vital, hot-blooded, sometimes violent young men, living in a full-colour world which is every bit was real to them as mine is to me. Which, when it was now, was every bit as modern and cutting edge as 2019 is today.


One of the most pleasing things anybody said about None So Blind, when it came out, appeared in an Amazon review:

Although the setting was historical I didn't feel that I was being told what that time was like, rather I felt like I was a contemporary of the characters able to visualise the people and places. I learnt about the time almost by experiencing it.

The reviewer couldn’t have pleased me more, because that’s what I’m aiming for. That the reader is there, walking alongside Harry and John seeing what they see, hearing the truths and half-truths and lies they hear, feeling the things they feel. Just like you would if you were reading contemporary fiction.

In the second of the Teifi Valley Coroner series - but can easily be read as a standalone so worry not if you haven't read None So Blind yet! - we are reunited with John and Harry as they combine their crime solving skills to get to the bottom of yet more intriguing deaths, and these deaths are a little more gruesome this time round so pose quite a challenge for them to get to the bottom of.

Harry is going blind, so relies on John to be his eyes and they work so well as a team that Harry wonders how he'd cope without his trusty sidekick!  His father would much prefer he lived a quieter life, but Harry is driven by the need to carry on with his work so does all he can to prove how valuable he is especially when faced with such intriguing cases - no ID on the first victim, and no skin on his face either - doesn't make it easy to identify him.

What I love about Harry and John is although they work so well together, they are also fascinating characters when working under their own steam.  Their stories are told in alternating points of view and allows them to spread their wings a little and cover more ground in getting to the bottom of various threads.  They aren't afraid of using unconventional methods in their thorough investigations and I just loved how dogged and persistent they both are in their quest to uncover the truth - despite the interference of others!

As with the first in this series, this book really transports you back to a dark and gritty Wales in the 19th Century and deals with the darker sides of life, especially when they start to uncover the truth behind the victim and how his story goes a lot deeper than any of them could have imagined. 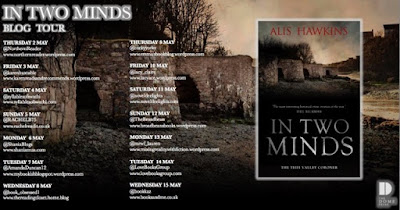