#BookReview Cape May by Chip Cheek 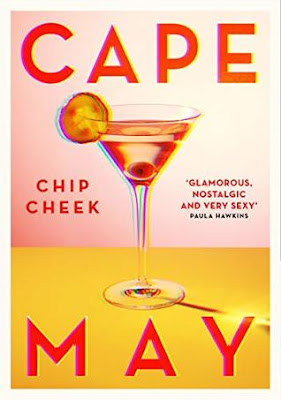 A mesmerizing debut novel by Chip Cheek, Cape May explores the social and sexual mores of 1950s America through the eyes of a newly married couple from the genteel south corrupted by sophisticated New England urbanites.Late September 1957. Henry and Effie, very young newlyweds from Georgia, arrive in Cape May, New Jersey, for their honeymoon only to find the town is deserted. Feeling shy of each other and isolated, they decide to cut the trip short. But before they leave, they meet a glamorous set of people who sweep them up into their drama. Clara, a beautiful socialite who feels her youth slipping away; Max, a wealthy playboy and Clara’s lover; and Alma, Max’s aloof and mysterious half-sister, to whom Henry is irresistibly drawn.The empty beach town becomes their playground, and as they sneak into abandoned summer homes, go sailing, walk naked under the stars, make love, and drink a great deal of gin, Henry and Effie slip from innocence into betrayal, with irrevocable consequences.Erotic and moving, this is a novel about marriage, love and sexuality, and the lifelong repercussions that meeting a group of debauched cosmopolitans has on a new marriage.

This book transports you back to 1950's America as you follow a newly wed couple, Henry and Effie, on their honeymoon and seemingly innocent and quite naive about what married life is all about! But they are soon to be seduced by the influence of Clara, a neighbour, and her wild and carefree ways! It has a very moody feel to it throughout!

The more I read, the more I was totally swept up in their new lifestyle and how quickly their darker sides were unleashed - the influence of others and alcohol playing a major part in their new approach to life and how they both seemed to shock one another with these different sides to their personalities - a very different start to their married life than they both could have ever imagined!

It was quite explicit at times, something I wasn't expecting, but it totally summed up the lives they found themselves living - maybe they thought it was expected as it definitely opened their eyes to a much seedier side of life than they had ever been privy to, and I think it was fascinating to see how the characters could behave in one way, but then be appalled when seeing their loved one behaving in exactly the same way!

Their time on honeymoon really seemed to shake them up as people and I thought it was quite interesting to find out what happened to them in the rest of their lives, and wondering if their time in Cape May changed their personalities and ways of thinking for their future.

A stylish and sultry read!!

My thanks to the author, publisher and Poppy Stimpson for the copy in return for a fair and honest review