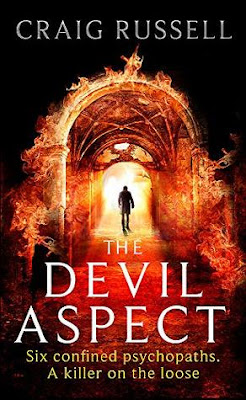 A terrifying novel set in Czechoslovakia in 1935, in which a brilliant young psychiatrist takes his new post at an asylum for the criminally insane that houses only six inmates--the country's most depraved murderers--while, in Prague, a detective struggles to understand a brutal serial killer who has spread fear through the city, and who may have ties to the asylum In 1935, Viktor Kosrek, a psychiatrist newly trained by Carl Jung, arrives at the infamous Hrad Orlu Asylum for the Criminally Insane. The state-of-the-art facility is located in a medieval mountaintop castle outside of Prague, though the site is infamous for concealing dark secrets going back many generations. The asylum houses the country's six most treacherous killers--known to the staff as The Woodcutter, The Clown, The Glass Collector, The Vegetarian, The Sciomancer, and The Demon--and Viktor hopes to use a new medical technique to prove that these patients share a common archetype of evil, a phenomenon known as The Devil Aspect. As he begins to learn the stunning secrets of these patients, five men and one woman, Viktor must face the disturbing possibility that these six may share another dark truth.
Meanwhile, in Prague, fear grips the city as a phantom serial killer emerges in the dark alleys. Police investigator Lukas Smolak, desperate to locate the culprit (dubbed Leather Apron in the newspapers), realizes that the killer is imitating the most notorious serial killer from a century earlier--London's Jack the Ripper. Smolak turns to the doctors at Hrad Orlu for their expertise with the psychotic criminal mind, though he worries that Leather Apron might have some connection to the six inmates in the asylum.
Steeped in the folklore of Eastern Europe, and set in the shadow of Nazi darkness erupting just beyond the Czech border, this stylishly written, tightly coiled, richly imagined novel is propulsively entertaining, and impossible to put down.

Madness and Murder - what a belter of a combination!! And this book has it in bucket loads and kept me terrified and looking over my shoulder at every opportunity!I loved the setting in a creepy old castle which is now home to the criminally insane - The Devil's Six - and Dr Viktor Kosarek is a young psychiatrist is brought in to use new techniques to try and uncover just what made these people commit such horrific crimes. i loved how we got to hear the backstory of each of the Six while the Dr interviews them and the author pulls no punches in describing some of the gruesome crimes they committed! This is not a book to be read before bedtime!!Meanwhile, there is a murderer on the loose, known as 'Leather Apron' who butchers his victims, and Kaptain Lukas is in charge of trying to get to the bottom of who this vile creature is and if there is any link to those inside the Asylum. There are links also to murders committed in London by Jack the ripper with the brutality used so this is another connection that needs to be looked into and the story allows for different avenues to be explored both from the police point, the psychiatrist view and that of the criminals themselves.As Dr Viktor delves further into the past of the Six, he hears how each of them are convinced it wasn't them committing their crimes but the devil himself. I really enjoyed his time spent with these six characters - they all could have had their own books written about them with the lives they'd led, and the lives they'd taken, but it was so interesting to see them up alongside one another so that Dr Viktor could see what links he could find between them all.There is a great mix of a very strong plot line with this book alongside those of flawed characters throughout who had suffered in their pasts, and setting it in a dark period of history allowed there to be many twists that lead the reader up the garden path, so to speak, and I found it to be one of those books that you lose yourself in and one of those stories that stay with you for some time after you finish reading the last page! Beware the devil!!!

My thanks to the Author and Publisher for the book in return for a fair and honest review.
★★★★