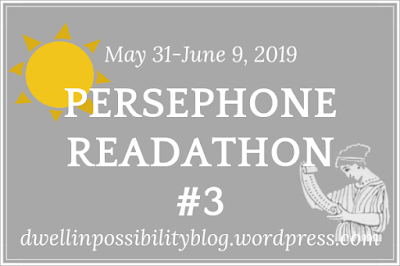 One of my favourite discoveries of recent years has been the wonderful world of  Persephone Books so any excuse to spend time reading them is fine by me! Thankfully the lovely Jessie of  Dwell In Possibility sets up regular Persephone Readathons and there's another one starting tomorrow - May 31st 2019 - and lasting until June 9th, where we all get to wallow in the loveliness that is Persephone books and there's an opportunity to discuss all things connected!

There are no real rules - just choose to read as much or as little Persephone over the week that you can, and this time there's also a Persephone Readalong which you can choose to take part in as well so we can all discuss what we think of that chosen book.

I have a steadily growing colllection of 28 Persephone Books so it's never easy choosing which ones to pick for a Readathon, but I was in a charity shop the other day and luckily managed to find a perfect condition Persephone for £1 so I had to snap it up and I think that is going to be my main focus for the week ahead

THE FORTNIGHT IN SEPTEMBER by R.C.SHERRIFF 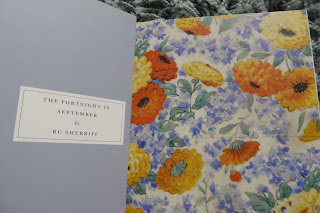 The Fortnight in September embodies the kind of mundane normality the men in the dug-out longed for – domestic life at 22 Corunna Road in Dulwich, the train journey via Clapham Junction to the south coast, the two weeks living in lodgings and going to the beach every day. The family’s only regret is leaving their garden where, we can imagine, because it is September the dahlias are at their fiery best: as they flash past in the train they get a glimpse of their back garden, where ‘a shaft of sunlight fell through the side passage and lit up the clump of white asters by the apple tree.’ This was what the First World War soldiers longed for; this, he imagined, was what he was fighting for and would return to (as in fact Sherriff did).

He had had the idea for his novel at Bognor Regis: watching the crowds go by, and wondering what their lives were like at home, he ‘began to feel the itch to take one of those families at random and build up an imaginary story of their annual holiday by the sea...I wanted to write about simple, uncomplicated people doing normal things.’

The Readalong book is available as a free download here 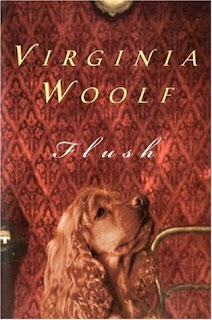 This story of Elizabeth Barrett Browning’s cocker spaniel, Flush, enchants right from the opening pages. Although Flush has adventures of his own with bullying dogs, horrid maids, and robbers, he also provides the reader with a glimpse into Browning’s life. Introduction by Trekkie Ritchie.

Are you a fan of Persephone? Will you be joining in the readathon?! I hope so and look forward to seeing what everyone else is reading using the  #PersephoneReadathon tag on social media!!