#BlogTour Something To Live For by Richard Roper #BookReview @Tr4cyF3nt0n 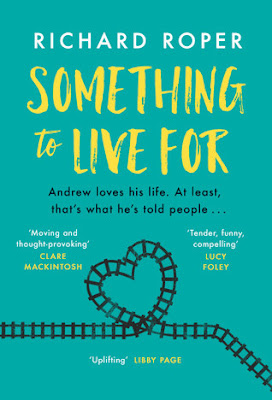 Delighted to be on the Blog Tour sharing my review today, on publication day no less!, for the fabulous SOMETHING TO LIVE FOR by RICHARD ROPER.

My thanks to the Author, Publisher and Tour organiser, Tracy Fenton, for the copy of the book and for letting me be part of it all!

Sometimes you have to risk everything to find your something...Andrew works with death for a living. Searching for people's next of kin and attending the funerals if they don't have anyone, he's desperate to avoid the same fate for himself. Which is fine, because he has the perfect wife and 2.4 children waiting at home for him after a long day. At least, that's what he's told people.The truth is, his life isn't exactly as people think and the little white lie he once told is about to catch up with him.Because in all Andrew's efforts to fit in, he's forgotten one important thing: how to really live. And maybe, it's about time for him to start

Beware! This book will make you want to devour the back catalogue of Ella Fitzgerald songs!! That's what it has made me do and I loved the touching tale that Richard Roper tells of this character who tries to fit in by living a lie - but that only works if you don't get found out!

Andrew lives a very solitary life but seems happy in his own way. He loves model railways and escapes into that world alongside the online community he connects with, but to cover his tracks (no pun intended!) at work he has created an alternative life for when his co-workers quiz him - he's married and has 2 kids.   Sometimes it's easier just to pretend! He has everything thought through - from the first time he went on a date with his 'wife', to her job and the holidays they take.

He sees the loneliness of the world magnified due to his work - he arranges funerals for the council for those people who have died alone and seemingly have no relatives or friends around.  He takes it on himself to attend their funerals as well and now has a new colleague working with him - Peggy - who shadows him on his visits to the deceased and instantly feels relaxed in her company.  So he's now faced with the dilemma of trying to untell a life lie.

Andrew is a sweet soul and I found it totally fascinating to see him living 2 lives.  He didn't want to hurt people with his made up life, but that's what started to happen and seeing how he tried to be honest to others, and most importantly, himself was the crux of this story.  The empathy he showed to those who had died too was so thoughtful and really gives you lots to think about.

He also had to face some tough issues in his own family and that was dealt with quite poignantly and gave you more to his background.  There's also time for lots of fun with this story and that really added to the mix of the book - the character of Peggy was a breath of fresh air and seemed to allow Andrew to breathe as a person. 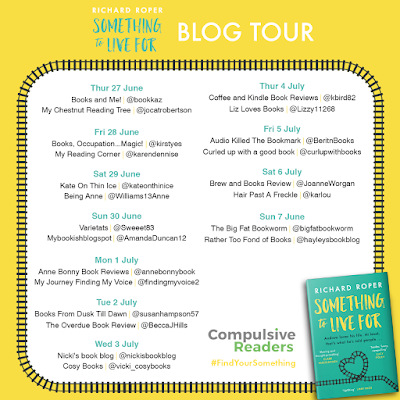