#BookReview #20BooksOfSummer The Murder of Harriet Monckton by Elizabeth Haynes 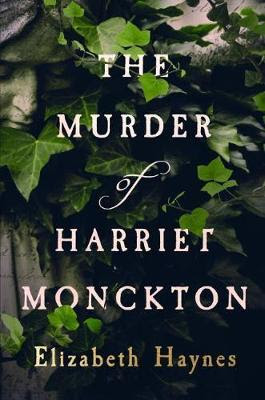 And she's back on track again with a book finished from her original list! Well done me!! This was one of the #large books I had on the list - nearly 500 pages - and now means that Book 6 has now been ticked off from the 20 Books of Summer list!! Wahoo!!

The Murder of Harriet Monckton is based on a true story that shocked and fascinated the nation. On 7th November 1843, Harriet Monckton, 23 years old and a woman of respectable parentage and religious habits, was found murdered in the privy behind the dissenting chapel she had regularly attended in Bromley, Kent. The community was appalled by her death, apparently as a result of swallowing a fatal dose of prussic acid, and even more so when the autopsy revealed that Harriet was six months pregnant. Drawing on the coroner's reports and witness testimonies, the novel unfolds from the viewpoints of each of the main characters, each of whom have a reason to want her dead. Harriet Monckton had at least three lovers and several people were suspected of her murder, including her close companion and fellow teacher, Miss Frances Williams. The scandal ripped through the community, the murderer was never found and for years the inhabitants of Bromley slept less soundly. This rich, robust novel is full of suggestion and suspicion, with the innocent looking guilty and the guilty hiding behind their piety. It is also a novel that exposes the perilous position of unmarried women, the scandal of sex out of wedlock and the hypocrisy of upstanding, church-going folk.

paperback edition due out 18th July 2019

Wow! One of those books that just seems to consume you from the first page to the last, and I am just so glad to have spent time getting to know of Harriet Monckton and hearing what might have been.It's a story based on a true story - the horrific murder of Harriet shocked those in Bromley at the time - and having it brought to life through this book allows the reader to be horrified too. I loved the inventive way the story was told - through the eyes of the main 4 suspects - and their insight into their relationships with Harriet, their backgrounds and it really gives you different perspectives and I often found myself changing my view on who I thought was more likely to have been involved. It builds up slowly from the moment when Harriet goes missing to when her body is found and the reactions of those suspected and closest to her to the terrible news. Their backstories are enthralling in their own right as you really get a grip of what they've faced in life and how that reflects in their behaviour now. But the water gets muddier the longer the investigation and inquest goes on as masks begin to slip and I had my suspicions about them all! The inclusion of the ' diary' of Harriet takes the story then to another level as her views on the world she sees around her seemed to be quite different from those we'd already heard fromThe voices of the past really do come to life in this book and I just found myself totally caught up in the time in history and the drama. The story is never rushed so the attention to detail was exquisite and it's one of those books that is going to stay with me for quite a while. A tragic story brilliantly told.