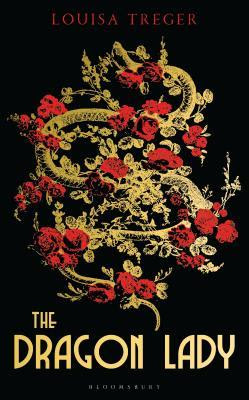 'A daring blend of romance, crime and history, and an intelligent
exposé of the inherent injustice and consequences of all forms of oppression' Tsitsi Dangarembga, Nervous ConditionsOpening with the shooting of Lady Virginia 'Ginie' Courtauld in her tranquil garden in 1950s Rhodesia, The Dragon Lady tells Ginie's extraordinary story, so called for the exotic tattoo snaking up her leg. From the glamorous Italian Riviera before the Great War to the Art Deco glory of Eltham Palace in the thirties, and from the secluded Scottish Highlands to segregated Rhodesia in the fifties, the narrative spans enormous cultural and social change. Lady Virginia Courtauld was a boundary-breaking, colourful and unconventional person who rejected the submissive role women were expected to play.Ostracised by society for being a foreign divorcée at the time of Edward VIII and Mrs Simpson, Ginie and her second husband ,Stephen Courtauld, leave the confines of post-war Britain to forge a new life in Rhodesia, only to find that being progressive liberals during segregation proves mortally dangerous. Many people had reason to dislike Ginie, but who had reason enough to pull the trigger?Deeply evocative of time and place, The Dragon Lady subtly blends fact and fiction to paint the portrait of an extraordinary woman in an era of great social and cultural change. 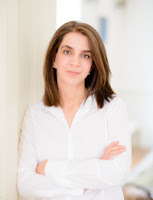 Born in London, Louisa Treger began her career as a classical violinist. She studied at the Royal College of Music and the Guildhall School of Music, and worked as a freelance orchestral player and teacher.Louisa subsequently turned to literature, gaining a First Class degree and a PhD in English at University College London, where she focused on early twentieth century women’s writing.Married with three children, she lives in London.

A sumptuous and scintillating story that has a wonderful mix of fiction and fact and allows you as a reader to get a fascinating glimpse at the lives of some extraordinary characters set over a number of years.The Courtaulds did some amazing things in their lifetime so it was so interesting to get this part of their lives looked at more closely, especially the time they spent in Rhodesia and to see the turmoil that was around then - both socially and personally for them to deal with, just because they had a more liberal outlook on the world.The story starts with Catherine in the 1990's looking back at the time she first encountered the 'Dragon Lady' - a reference to Lady Virginia Courtauld who had become infamous for the rather outlandish tattoo on her leg. Very unbecoming for a lady of that time! But did she care?! Nope!And with her husband Stephen, Lady Ginie had a life worth reading about! This story looks back at how they met, the standing they took in society, the royalty and famous people they became friends with, and what caused them to end up in Rhodesia in the first place. I loved the ever changing timelines which gave you insights into their lives at different points - so much history to look back on and changes in society for them to have witnessed.Their time in London before moving abroad, meant time spent rebuilding Eltham Palace and the labour of love that became for them both and I've loved looking at things online since, seeing the impact they had on it and just imagining them living there along with their pet lemur!But the story really comes alive when the author describes their time in Rhodesia - their exotic lifestyle in exquisite surroundings are vividly described and brought to life. How they tried to fit in with the other English families around at the time who stuffy, prejudiced views on the locals, and how the Courtaulds were just so different and were harrassed and threatened for trying to do the right thing and being inclusive. Many people would have crumbled under the provocation but they stayed true to their beliefs in very unpredictable times.I raced through this book as I just became so wrapped up in the lives of these remarkable people and found the whole story beautifully written and a wonderful piece of historical fiction, mixed with romance and crime! A little bit of something for everyone!!My thanks to the author for the copy in return for a fair and honest review.