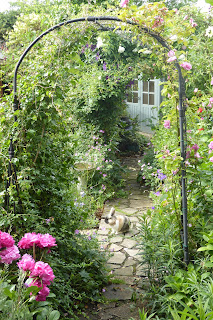 Hello! Happy Saturday! Been a mixed week here - health and weather wise! Hopefully both of which are now on the up!!

Rainy days and low energy levels though have meant good things on the book reading front this week though as I've managed to read/listen to 6 books! I've been trying to be good and get up to date with Blog Tour reads, alongside cracking on with my #20BooksOfSummer challenge and so far so good!

It hasn't  been a fairly restrained week though on the book accumulation front though! 2 from Netgalley and a number of bookish loveliness through the post via various means! I'm sure one week I'll let the postmen and women have a quiet week!


Here's my look back!

Death On The Ocean by Martha Fischer - 4 stars 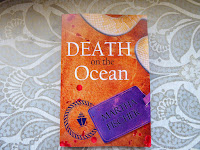 The Garden of Lost and Found by Harriet Evans - 5 stars

In Your Silence by Grace Lowrie  - 4 stars

The Little Village of Happiness by Holly Martin - 5 stars


cover to be revealed soon!

Shall we start with the always evil Netgalley?!

The Girl at the Window by Rowan Coleman
out August 2019 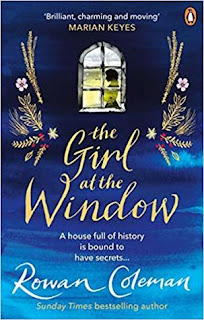 A house full of history is bound to have secrets...

Ponden Hall is a centuries-old house on the Yorkshire moors, a magical place full of stories. It's also where Trudy Heaton grew up. And where she ran away from...

Now, after the devastating loss of her husband, she is returning home with her young son, Will, who refuses to believe his father is dead.

While Trudy tries to do her best for her son, she must also attempt to build bridges with her eccentric mother. And then there is the Hall itself: fallen into disrepair but generations of lives and loves still echo in its shadows, sometimes even reaching out to the present...

Confessions of  a Bookseller by Shaun Bythell
out August 2019

"Do you have a list of your books, or do I just have to stare at them?" Shaun Bythell is the owner of The Bookshop in Wigtown, Scotland. With more than a mile of shelving, real log fires in the shop and the sea lapping nearby, the shop should be an idyll for bookworms. Unfortunately, Shaun also has to contend with bizarre requests from people who don't understand what a shop is, home invasions during the Wigtown Book Festival and Granny, his neurotic Italian assistant who likes digging for river mud to make poultices. The Diary of a Bookseller (soon to be a major TV series) introduced us to the joys and frustrations of life lived in books. Sardonic and sympathetic in equal measure, Confessions of a Bookseller will reunite readers with the characters they've come to know and love. 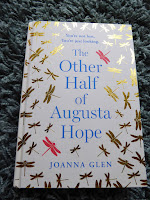 Augusta Hope has never felt like she fits in.
At six, she’s memorising the dictionary. At seven, she’s correcting her teachers. At eight, she spins the globe and picks her favourite country on the sound of its name: Burundi.

And now that she's an adult, Augusta has no interest in the goings-on of the small town where she lives with her parents and her beloved twin sister, Julia.
When an unspeakable tragedy upends everything in Augusta's life, she's propelled headfirst into the unknown. She's determined to find where she belongs – but what if her true home, and heart, are half a world away?
David Mogo, Godhunter by Suyi Davies Okungbowa
copy ahead of Blog Tour 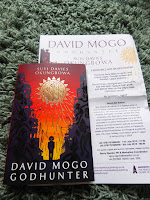 Since the Orisha War that rained thousands of deities down on the streets of Lagos, David Mogo, demigod, scours Eko’s dank underbelly for a living wage as a freelance Godhunter. Despite pulling his biggest feat yet by capturing a high god for a renowned Eko wizard, David knows his job’s bad luck. He’s proved right when the wizard conjures a legion of Taboos—feral godling-child hybrids—to seize Lagos for himself. To fix his mistake and keep Lagos standing, David teams up with his foster wizard, the high god’s twin sister and a speech-impaired Muslim teenage girl to defeat the wizard.

'A tale of travel and adventure, the story of a body utterly surrendered to pain and joy. It is mind-blowing, a delight.'

Le Monde Lili is a runaway. She's left behind her native France to go in search of freedom, of adventure, of life. Her search takes her to Kodiak, Alaska, home to a ragtag community of fishermen, army vets and drifters who man the island's fishing fleet. Despite her tiny frame, faltering English and lack of experience, Lili lands a job on board the Rebel, the only woman on the boat. Out on the open sea, everything is heightened: colours are more vivid, sounds are louder and the work is harder than anything she's ever known. The terrifying intensity of the ocean is addictive to the point of danger. But Lili is not alone: in her fellow crewmembers she finds kindred spirits - men living on the edge, drawn to extremes. Based on Catherine Poulain's own experiences, and written in taut, muscular prose, Woman at Sea cuts through the noise of life and straight to the heart of our innermost longings.

How It Was by Janet Ellis
advance copy won via Twitter competition! 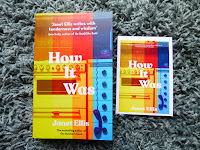 In a 1970s village in rural Kent, lives go on in an unremarkable way. But Marion Deacon, struggling with being a wife and mother, is about to set events in motion that she cannot control in a story of love, motherhood, betrayal, and long-hidden secrets . . . because everyone has at least one secret.Marion Deacon sits by the hospital bed of her dying husband, Michael. Outwardly she is, as she says, an unremarkable old woman. She has long concealed her history - and her feelings - from the casual observer. And she's learned to ignore her own past, too. But as she sits by Michael's bed, she's haunted by memories of events from almost forty years ago. She and Michael were recently married; their children, Eddie and Sarah, still young. Theirs was an uneventful life in a small village. But, stiflingly bored in her role as mother and wife, Marion fell for a married man, an affair that sparked a chain of events which re-sets all their lives.Moving between the voices of Marion, her teenage daughter Sarah and her youngest son, Eddie, How It Was is a story of love, loss and betrayal. Through Marion and Sarah, Janet Ellis explores the tensions at the heart of mother-daughter relationships, the pressure women face to be the perfect wife and mother, and how life rarely turns out the way we imagine it will when we are young.


Across the Void by S.K. Vaughn
signed copy via Goldsboro Books - June Book of the month

A visceral space thriller—perfect for fans of Arrival and The Martian—following the sole survivor of a catastrophic accident in space that leaves her drifting in the void with only the voice of her estranged husband, a NASA scientist, to guide her back to Earth. Commander Maryann “May” Knox awakes from a medically induced coma alone, adrift in space on a rapidly failing ship, with little to no memory of who she is or why she’s there.Slowly, she pieces together that she’s the captain of the ship, Hawking II; that she was bound for Europa—one of Jupiter’s moons—on a research mission; and that she’s the only survivor of either an accident—or worse, a deliberate massacre—that has decimated her entire crew. With resources running low, and her physical strength severely compromised, May must rely on someone back home to help her. The problem is: everyone thinks she’s dead.Back on Earth, it’s been weeks since Hawking II has communicated with NASA, and Dr. Stephen Knox is on bereavement leave to deal with the apparent death of his estranged wife, whose decision to participate in the Europa mission strained their marriage past the point of no return. But when he gets word that NASA has received a transmission from May, Stephen comes rushing to her aid.What he doesn’t know is that not everyone wants May to make it back alive. Even more terrifying: she might not be alone on that ship. Featuring a twisting and suspenseful plot and compelling characters, Across the Void is a moving and evocative thriller that you won’t be able to put down.

Among the jumble of paperweights, plates, typewriters and general bric-a-brac in Mr Nakano's thrift store, there are treasures to be found. Each piece carries its own story of love and loss - or so it seems to Hitomi, when she takes a job there working behind the till. Nor are her fellow employees any less curious or weatherworn than the items they sell. There's the store's owner, Mr Nakano, an enigmatic ladies' man with several ex-wives; Sakiko, his sensuous, unreadable lover; his sister, Masayo, an artist whose free-spirited creations mask hidden sorrows. And finally there's Hitomi's fellow employee, Takeo, whose abrupt and taciturn manner Hitomi finds, to her consternation, increasingly disarming. A beguiling story of love found amid odds and ends, The Nakano Thrift Shop is a heart-warming and utterly charming novel from one of Japan's most celebrated contemporary novelist


The Murder of Harriet Monckton by Elizabeth Haynes 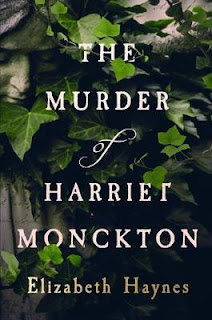 How has your bookish week been?!  More positive than negative I hope! Hope the week ahead is even better!!