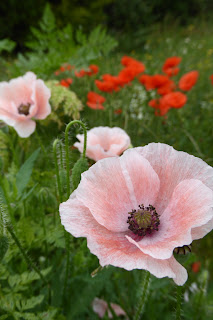 Hello!! Happy Saturday!! And it's hot out there today so I'm in the shade with a book or two!!  A sensible place to be!!

Had another great reading week these past 7 days but it's still not making a big enough dent in the  TBR mountain!    Managed to finish 6 books again, 5 new books arrived by various means BUT zero from Netgalley!!

Call Me A Liar by Colette McBeth  - 3 stars
gripping thriller

BOOKHAUL
A few to keep the postie busy this week!!

THE WAVES by VIRGINIA WOOLF

A copy as part of of my Alma Classics subscription 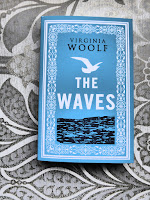 Set on the coast of England against the vivid background of the sea, The Waves introduces six characters—three men and three women—who are grappling with the death of a beloved friend, Percival. Instead of describing their outward expressions of grief, Virgina Woolf draws her characters from the inside, revealing them through their thoughts and interior soliloquies. As their understanding of nature’s trials grows, the chorus of narrative voices blends together in miraculous harmony, remarking not only on the inevitable death of individuals but on the eternal connection of everyone. The novel that most epitomizes Virginia Woolf’s theories of fiction in the working form, The Waves is an amazing book very much ahead of its time. It is a poetic dreamscape, visual, experimental, and thrilling

EDEN INTERRUPTED by BEVERLEY HARVEY
received copy from author - loved Seeking Eden so looking forward to the follow up! 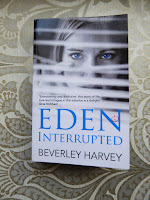 From the writer of Seeking Eden, Eden Interrupted is another sizzling slice-of-life drama - with sprinkles.Rocker Ben Wilde and his bride Lisa return from honeymoon to find a cuckoo in the nest and a surprise European tour in the diary. With the honeymoon cut short, at least they can rely on good neighbors, new arrivals Nigel and Rosemary Bradshaw...can't they? But next door, the Bradshaws harbor their own secrets; will Rosemary's grim suspicions be confirmed?At the other end of Eden Hill, Jan and Martin Bevan move into their new home following a devastating fire, but an altercation with the local dog fraternity leaves them wondering if they've made a huge mistake. Meanwhile, Eden Hill's coffee shop is under new management, when Chloe, divorced mum of teenage Jake, fulfils her long-term dream. But serving flat-whites all day leaves Chloe feeling...well, flat...until she meets gorgeous Caleb, the father of her son's girlfriend, who's guaranteed to tip her angst-ridden son over the edge.Suburbia: dull and ordinary? In Eden Hill, there's no such thing. 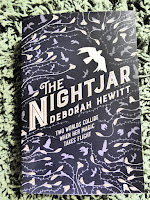 The Nightjar by Deborah Hewitt is a stunning contemporary fantasy debut about another London, a magical world hidden behind the bustling modern city we know. Alice Wyndham has been plagued by visions of birds her whole life...until the mysterious Crowley reveals that Alice is an ‘aviarist’: capable of seeing nightjars, magical birds that guard human souls. When her best friend is hit by a car, only Alice can find and save her nightjar.With Crowley’s help, Alice travels to the Rookery, a hidden, magical alternate London to hone her newfound talents. But a faction intent on annihilating magic users will stop at nothing to destroy the new aviarist. And is Crowley really working with her, or against her? Alice must risk everything to save her best friend—and uncover the strange truth about herself.

LANNY by MAX PORTER
won a copy via Twitter from @IndieBookshopUK 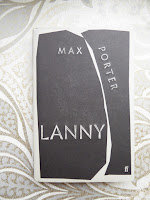 There’s a village sixty miles outside London. It’s no different from many other villages in England: one pub, one church, red-brick cottages, council cottages and a few bigger houses dotted about. Voices rise up, as they might do anywhere, speaking of loving and needing and working and dying and walking the dogs.This village belongs to the people who live in it and to the people who lived in it hundreds of years ago. It belongs to England’s mysterious past and its confounding present. But it also belongs to Dead Papa Toothwort, a figure schoolchildren used to draw green and leafy, choked by tendrils growing out of his mouth. Dead Papa Toothwort is awake. He is listening to this twenty-first-century village, to his English symphony. He is listening, intently, for a mischievous, enchanting boy whose parents have recently made the village their home. Lanny.

A house full of history is bound to have secrets...

Ponden Hall is a centuries-old house on the Yorkshire moors, a magical place full of stories. It's also where Trudy Heaton grew up. And where she ran away from...

Now, after the devastating loss of her husband, she is returning home with her young son, Will, who refuses to believe his father is dead.

While Trudy tries to do her best for her son, she must also attempt to build bridges with her eccentric mother. And then there is the Hall itself: fallen into disrepair but generations of lives and loves still echo in its shadows, sometimes even reaching out to the present... 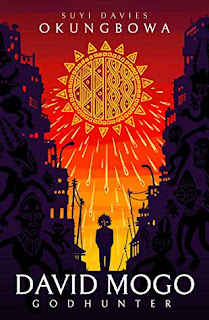 How has your bookish week been? Hope you've found time to escape into a book or two!