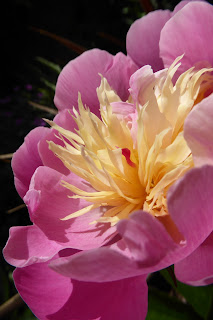 Hello!! Another week whizzes by and I have good news! This week the books I finished outweighed the books coming in!!! Yay me!! I think I need to celebrate the fact with a  book buying spree......

Managed to finish 6 books this week (one of which was an audiobook) which was brilliant, and then just one newbie appeared on my Netgalley shelf when I had a little nose over there recently!  I also treated myself to 2 books, and was lucky to receive 2 books in the post for reviewing!

Flush by Virginia Woolf  - 4 stars
A charming story narrated by Flush the dog!

The Fortnight in September by R.C.Sherriff - 5 stars
A truly lovely read!

Needlemouse by Jane O'Connor - 4 stars
Heartwarming with a darker side!

When the Nazis march onto the cobbled streets of Colmar on November 1st 1940, Josef, a Jewish violin maker, gathers his wife and daughters closely to him and tells them everything will be alright. But one year later, three sharp knocks on the door at midnight turn his seventeen year old daughter Sarah’s world upside down. As the oldest child, Sarah must be the first to leave her family, to make her escape in a perilous journey across France via Paris to Poitiers. And she must hide who she is and take a new name for her own safety. For now, bilingual Sarah is no longer a French Jew but a German girl. As she bids farewell to her beloved father and family, Sarah has hope, against all odds, that she will see them again when the war is over. But, travelling through the mountains she finds herself in terrible danger and meets Ralf, a German deserter, who risks his own life to save her. Ralf and Sarah continue their journey together, keeping their identities secret at all cost. But when Ralf is captured, will Sarah pay the ultimate price for sharing who she really is? A gripping and heart-breaking account of love, bravery and sacrifice during the terror of war. A story of standing up for what you believe in; even if it’s going to break your heart. Perfect for fans of The Tattooist of Auschwitz and The Ragged Edge of Night.

NEEDLEMOUSE by JANE O'CONNOR
copy for review ahead of Blog Tour 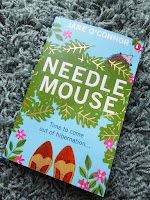 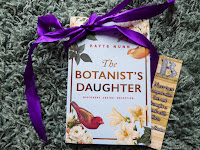 A buried secret...Present day: Anna is focused on growing her new gardening business and renovating her late grandmother's house. But when she discovers a box hidden in a wall cavity, containing water colours of exotic plants, an old diary and a handful of seeds, she finds herself thrust into a centuries-old mystery. One that will send her halfway across the world to Kew Gardens and then onto Cornwall in search of the truth.A lady adventurer...1886: Elizabeth Trebithick is determined to fulfil her father's dying wish and continue his life's work as an adventurer and plant-hunter. So when she embarks on a perilous journey to discover a rare and miraculous flower, she will discover that the ultimate betrayal can be found even across the seas...Two women, separated by centuries. Can one mysterious flower bring them together?

Seventeen-year-old Simon’s sister Charlotte is missing. The lonely Fenland village the family recently moved to from London is odd, silent, and mysterious. Simon is epileptic and his seizures are increasing in severity, but when he is told of the local curse of the Naseby Horses, he is convinced it has something to do with Charlotte’s disappearance. Despite resistance from the villagers, the police, and his own family, Simon is determined to uncover the truth, and save his sister. Under the oppressive Fenland skies and in the heat of a relentless June, Simon’s bond with Charlotte is fierce, all-consuming, and unbreakable; but can he find her? And does she even want to be found?Drawing on philosophy, science, and the natural world, The Naseby Horses is a moving exploration of the bond between a brother and his sister; of love; and of the meaning of life itself.


THE WAY TO THE SEA by CAROLINE CRAMPTON
treated myself to this as I've lived along the Thames Estuary my whole life!

Caroline Crampton was born on the Thames Estuary to parents who had sailed there from South Africa in the early 1980s. Having grown up with seafaring legs and a desire to explore, Caroline is both a knowledgeable guide to the most hidden-away parts of this overlooked and unfashionable part of the country, and a persuasive advocate for its significance, both historically and culturally. As one of the key entrances and exits to England, the estuary has been pivotal to London's economic fortunes and in defining its place in the world. It has also been the entry point for immigrants for generations, yet it has an ambivalent relationship with newcomers, and UKIP's popularity in the area is on the rise.
As Caroline navigates the waters of the estuary, she also seeks out its stories: empty warehouses and arsenals; the Thames barrier, which guards the safety of Londoners more precariously than we might; ship wrecks still inhabited by the ghosts of the drowned; vast Victorian pumping stations which continue to carry away the capital's sewage; the river banks, layered with archaeological Anglo-Saxon treasures; literature inspired by its landscape; beacons used for centuries to guide boats through the dark and murky waterways of the estuary; the eerie Maunsell army forts - 24 metre high towers of concrete and steel which were built on concealed sandbanks at the far reaches of the estuary during the Second World War and designed to spot (and shoot) at incoming enemy planes; and the estuary's wildlife and shifting tidal moods. 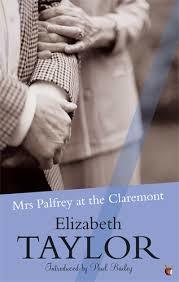 Those Who Are Loved by Victoria Hislop
#20booksofsummer 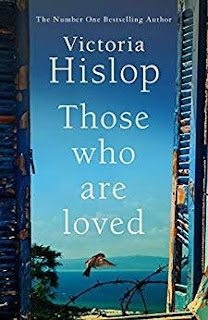 Hoping the week ahead goes as successfully as this past week - got a bit of a break on the blog tour reading front so hoping to attack my own TBR pile and make the smallest of dents on that!!