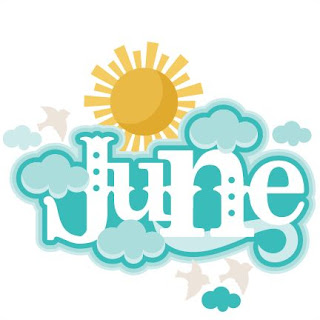 I have a plan!!! It may be very hopeful, but it's a start!!  And with the start of the 20 Books Of Summer I seem to have a lot of reading that needs to be done in the month ahead!!  Alongside Blog Tour books, the Elizabeth Taylor Reading Project book of the month and the Persephone Readathon I'm taking part in - I don't think I'll be sleeping this month as every minute is precious in the quest to READ MORE BOOKS!   Any bets the reading slump fairy will strike me down in the next few days?!!!

So here's a look at the books that I NEED to be reading in the month ahead, mainly for Blog Tours!

On a rainy Sunday in January, the recently widowed Mrs. Palfrey arrives at the Claremont Hotel where she will spend her remaining days. Her fellow residents are magnificently eccentric and endlessly curious, living off crumbs of affection and snippets of gossip. Together, upper lips stiffened, they fight off their twin enemies—boredom and the Grim Reaper. Then one day Mrs. Palfrey strikes up an unexpected friendship with Ludo, a handsome young writer, and learns that even the old can fall in love.

This story of Elizabeth Barrett Browning’s cocker spaniel, Flush, enchants right from the opening pages. Although Flush has adventures of his own with bullying dogs, horrid maids, and robbers, he also provides the reader with a glimpse into Browning’s life. Introduction by Trekkie Ritchie.

THE FORTNIGHT IN SEPTEMBER by R.C.SHERRIFF (persephone readathon)

The Fortnight in September embodies the kind of mundane normality the men in the dug-out longed for – domestic life at 22 Corunna Road in Dulwich, the train journey via Clapham Junction to the south coast, the two weeks living in lodgings and going to the beach every day. The family’s only regret is leaving their garden where, we can imagine, because it is September the dahlias are at their fiery best: as they flash past in the train they get a glimpse of their back garden, where ‘a shaft of sunlight fell through the side passage and lit up the clump of white asters by the apple tree.’ This was what the First World War soldiers longed for; this, he imagined, was what he was fighting for and would return to (as in fact Sherriff did).


THE SPACE BETWEEN TIME by CHARLIE LAIDLAW (for Blog Tour)

There are more stars in the universe than there are grains of sand on Earth...Emma Maria Rossini appears to be the luckiest girl in the world. She's the daughter of a beautiful and loving mother, and her father is one of the most famous film actors of his generation. She's also the granddaughter of a rather eccentric and obscure Italian astrophysicist.But as her seemingly charmed life begins to unravel, and Emma experiences love and tragedy, she ultimately finds solace in her once-derided grandfather's Theorem on the universe.The Space Between Time is humorous and poignant and offers the metaphor that we are all connected, even to those we have loved and not quite lost.


THE SERPENT'S MARK by S.W.PERRY (for Blog Tour)

Treason sleeps for no man...
London, 1591. Nicholas Shelby, physician and reluctant spy, returns to his old haunts on London's lawless Bankside. But, when the queen's spymaster Robert Cecil asks him to investigate the dubious practices of a mysterious doctor from Switzerland, Nicholas is soon embroiled in a conspiracy that threatens not just the life of an innocent young patient, but the overthrow of Queen Elizabeth herself.
With fellow healer and mistress of the Jackdaw tavern, Bianca Merton, again at his side, Nicholas is drawn into a dangerous world of zealots, charlatans and fanatics. As their own lives become increasingly at risk, they find themselves confronting the greatest treason of all: the spectre of a bloody war between the faiths...

With Ellie and Zak’s Big Day on the horizon, the sun is shining brightly on the Little Duck Pond Café community. But as dark clouds begin to roll in, threatening more than one close relationship, will the wedding of the year take place at all?

Time to come out of hibernation...Sylvia Penton has been hibernating for years, it's no wonder she's a little prickly...Sylvia lives alone, dedicating herself to her job at the local university. On weekends, she helps out at a local hedgehog sanctuary because it gives her something to talk about on Mondays - and it makes people think she's nicer than she is.Only Sylvia has a secret: she's been in love with her boss, Professor Lomax, for over a decade now, and she's sure he's just waiting for the right time to leave his wife. Meanwhile she stores every crumb of his affection and covertly makes trouble for anyone she feels gets in his way.But when a bright new PhD candidate catches the Professor’s eye, Sylvia’s dreams of the fairy tale ending she has craved for so long, are soon in tatters, driving her to increasingly desperate measures and an uncertain future.Sylvia might have been sleep walking through her life but things are about to change now she’s woken up…A quirky, charming uplifting novel perfect for fans of Gail Honeyman's Eleanor Oliphant is Completely Fine and Sarah Haywood's The Cactus. The feelgood bestseller about unrequited love, loneliness and the redemptive qualities of hedgehogs featuring the most unlikely heroine of 2019.

SOMETHING TO LIVE FOR by RICHARD ROPER (for blog tour)

Sometimes you have to risk everything to find your something...Andrew works with death for a living. Searching for people's next of kin and attending the funerals if they don't have anyone, he's desperate to avoid the same fate for himself. Which is fine, because he has the perfect wife and 2.4 children waiting at home for him after a long day. At least, that's what he's told people.The truth is, his life isn't exactly as people think and the little white lie he once told is about to catch up with him.Because in all Andrew's efforts to fit in, he's forgotten one important thing: how to really live. And maybe, it's about time for him to start.
📚📚📚

Looks a pretty nice month ahead IF it was just these books to be read!  But I'm really looking forward to June and hope a few of these will stick in my mind for years to come! Hope your June TBR is one to make you smile!