Delighted to be the latest stop on the Blog Tour for the wonderful A CORNISH AFFAIR by JO LAMBERT.  My thanks to the author, publisher and Rachel of Rachel's Random Resources for putting it all together and letting me be part of it all and sharing my thoughts. 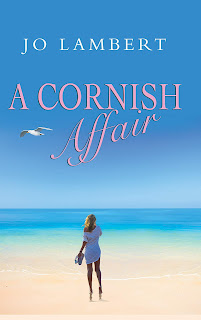 In the close-knit community of Carrenporth in Cornwall everyone knows everyone else’s business. Luke Carrack is only too aware of this. He’s been away for two years but nothing has changed – from the town gossips who can’t see past the scandal of his childhood, to the cold way he is treated by some of his so-called family. The only person who seems to understand is local hotelier’s daughter Cat Trevelyan, although even Luke’s new friendship with her could set tongues wagging. But Carrenporth is about to experience far bigger scandals than the return of Luke Carrack – and the secrets unearthed in the process will shake the sleepy seaside town to its core …

Jo Lambert lives on the eastern edge of Bath with her husband, one small grey feline called Mollie and a green MGB GT. She is a member of the Romantic Novelists Association and the Society of Authors. She has been writing since 2008. Her first five books, a set of linked romantic sagas following the lives of several families in West Somerset, was followed in 2015 by Summer Moved On, a contemporary romance set in South Devon. A sequel, Watercolours in th Rain followed in 2017, In June 2018 Jo signed to Choc Lit and her debut A Cornish Affair, set in North Cornwall, has just been published. Jo is currently working on another coastal romance, this time set in South Cornwall. When she isn't writing she reads and reviews. She also has an active blog. Jo loves travel, red wine and rock music and she often takes the odd photograph or two.

I found this to be a book that has a little bit of everything - romance, drama, dark family secrets and plenty of twists and turns throughout  which made for such an entrancing read that I loved!

Set in Cornwall, the stunning backdrop adds to the whole scene and you're soon immersed in the lives of these characters - mainly Luke and Cat.  Luke Carrack has been away for a couple of years and seems to have a bit of a reputation with rumours about him never far away, so he's happy to keep to himself and just try and get on with his life.

Cat Trevelyon is the local hoteliers' daughter and is back to start the events managment job at the hotel and her first meeting with Luke gets things  off to an interesting start! Definitely a case of mistaken identity which breaks the ice but soon starts off a connection between them - they both seem to have trust issues so that helps them bond and they find it very easy to talk to one another although you still get the feeling they're holding things back from one another.

Add to the mix the local gossips who are out to cause trouble and it really sets things up for some very intriguing circumstances and to delve into the past which brings up a lot of bad feeling, jealousy and some startling revelations.

I really enjoyed the whole feel of this book - it never felt twee or too light as it dealt with some serious and darker issues which made it feel more real and added to the tension.  In Luke and Cat you have 2 very relatable characters who you warm to through their attitudes to life and  the things they find themselves facing.

An excellent read and I look forward to more from this author in the future. 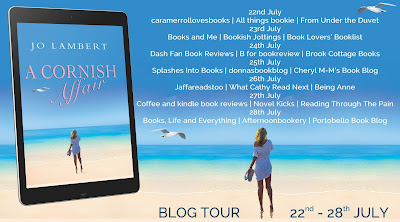