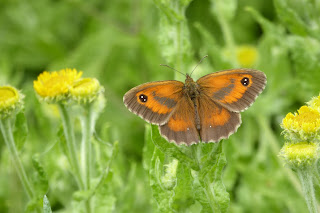 hello!! so we're halfway through July already.... temperatures have warmed up nicely again so the garden is blooming with flowers and buzzing with wildlife! And the books they keep on coming!!

Weirdly, I'm in the middle of a little reading slump - 4 days now without having picked up anything to read and I'm really not sure why it's happening!! Help!!  I've been listening on and off to a couple of audiobooks, but I seem to have lost the ability to lose myself in a book! Hopefully I can get back on track over the weekend - although with so much sport on TV on Sunday that might prove impossible!

Saying that though, I've still managed to finish 6 (1 of which was an audiobook) this week so god knows how that happened haha!!  And I was led astray by the evil Netgalley again with 4 new additions to those shelves....definitely need to log myself out of there again for a while!

here's a look back at my week!

The Carer by Deborah Moggach  - 4 stars
Really enjoyed this one

The Warlow Experiment by Alix Nathan - 5 stars
Another stunner of a book! Fabulous historical fiction! May be the reason I now have a book hangover! 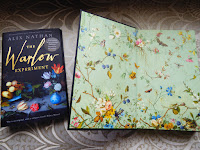 A Right Royal Face-Off by Simon Edge - 5 stars
so much fun!! historical fiction set in the art world - blog tour later in the month!!

Thornyhold by Mary Stewart - 4 stars
Light and easy to read!

The Trouble With Goats and Sheep by Joanna Cannon (audiobook) - 5 stars
Loved this book when I read it the first time, so having the chance to hear it has made me love it all over again! Beautifully read by  Paula Wilcox

Shall we begin over at evil Netgalley......

Baking fanatic, Charlie Quilter, is surprised when her late uncle bequeaths his vintage bus to her in his will. Keen to give the bus a new lease of life, Charlie thinks it will be the perfect mobile café for afternoon tea, and when her friend, Juliette, suggests Charlie comes to stay with her in the picturesque Cornish village of Porthgolow, she’s thrilled at the chance of a new start.Charlie and her cute dog, Marmite, make new friends wherever their bus stops – except for the sexy but reclusive owner of the posh spa up on the hill, Daniel Harper, who isn’t very pleased that her bus is parked outside his lovely hotel.Has Charlie’s Cornish dream developed a soggy bottom? Or can she convince Daniel that her bus could be the start of something wonderful for the little village – and for them?

THE BEEKEEPER'S COTTAGE by EMMA DAVIES
out August 2019

Comforted by the gentle hum of the beehives at the bottom of the garden, Grace drains the last of her tea and walks slowly back towards the little hillside house she adores. Her marriage is over, but is it too late to start her life again? Beekeeper Grace thought throwing out her cheating husband would be the hardest thing she ever did. But when she opens the door to a property developer one morning, it’s clear that keeping the beautiful home and garden – her only sanctuary throughout her miserable marriage – will be the greatest challenge of all… Fleeing to her best friend at the flower farm next door, Grace blurts out all her problems, only to be overheard by Amos, a handsome, free-spirited visitor in bright red Doc Martens. Fascinated by Grace and her bees, Amos offers to stay in the village of Hope Corner, to help turn her home into a guest house in return for lessons on beekeeping. As Grace shows Amos how to nurture a hive and harvest honeycomb without getting stung, he is charming but secretive. He never stays long in the same place after an incident in his past involving a mysterious woman named Maria. But as their eyes lock over a jar of homemade honey, Grace can’t help feeling that she’d really like him to stay… Determined to dispel her growing suspicion that Amos is running from something serious, Grace goes in search of the truth about Maria. But when she finds it, will she still want Amos to put down roots in Hope Corner, and will they still have a house to return to?

A CHAIN ACROSS THE DAWN
out August 2019

Bigger spaceships. Bigger explosions. Bigger planets.  Bigger problems.It's been three years since Esa joined the ranks of the Justified after her rescue from the fanatical murderers the Pax. Together, Esa and her mentor Kamali travel from planet to planet, searching for children with supernatural abilities. It's hard work, but Esa has never felt more assured of her place in the universe.  On a visit to a planet so remote that its inhabitants never learned that the Sect Wars ended over a hundred years ago, they learn that the Justified are not the only people searching for gifted children. There is a creature with unexpected powers who will stop at nothing to get its hands on the children that Esa and Kamali are trying to rescue. With their latest recruit in tow -- a young Wulf child named Sho -- Esa and Kamali will travel halfway across the galaxy in pursuit of answers. But the answers only lead to more questions, and the danger will only increase as their terrifying nemesis turns his eyes on them.

MUDLARKING by LARA MAIKLEM
out August 2019

A lyrical and evocative narrative history of London and its people, told through objects found on the banks of the Thames by the city's most prominent mudlark

For thousands of years human beings have been losing their possessions and dumping their rubbish in the River Thames, making it the longest and most varied archaeological site in the world. For those in the know, the muddy stretches provide a tangible link with the past, a connection to the natural world, and an oasis of calm in a chaotic city...

For fifteen years, Lara Maiklem has walked the Thames foreshore, spending innumerable hours peering into the mud for items discarded by past generations of Londoners. The list of things Lara has rescued from the river is long and varied: from Neolithic flints, Roman hair pins and medieval shoe buckles to Tudor buttons, Georgian clay pipes, seventeenth-century love tokens and discarded war medals.

Mudlarking is the story of the River Thames and its people, told through the objects that Lara has eased from its muddy clutches over the years. Weaving her story through and around the history of the River, from prehistory to the present day, she uses her finds to bring the ordinary lives of long forgotten Londoners to life

'It is rare to encounter such respect and understanding of nature for herself.' Rosamund Young, author of The Secret Life of CowsA life-affirming book about the British countryside, the cycle of nature, solitude and contentment, through the prism of a brilliant new nature writer’s experience working as a traditional mole-catcher, and why he gave it up.I have been catching moles in gardens and farms for years and I have decided that I am not going to do it any more. Molecatching is a traditional skill that has given me a good life but I am old now and tired of hunting and it has taught me what I needed to learn. Although common, moles are mysterious: their habits are inscrutable, they are anatomically bizarre, and they live completely alone. Marc Hamer has come closer to them than most, both through his long working life out in the Welsh countryside, and his experiences of rural homelessness as a boy, sleeping in hedgerows.Over the years, Marc has learned a great deal about these small, velvet creatures who live in the dark beneath us, and the myths that surround them, and his work has also led him to a wise and uplifting acceptance of the inevitable changes that we all face. In this beautiful and meditative book, Marc tells his story and explores what moles, and a life in nature, can tell us about our own humanity and our search for contentment.How to Catch a Mole is a gem of nature writing, beautifully illustrated by Joe McLaren, which celebrates living peacefully and finding wonder in the world around us.


IMAGINARY CITIES by DARRAN ANDERSON
treated myself over at Influx Press as have heard good things!!

Inspired by the surreal accounts of the explorer and ‘man of a million lies’ Marco Polo, Imaginary Cities charts the metropolis and the imagination, and the symbiosis therein. A work of creative nonfiction, the book roams through space, time and possibility, mapping cities of sound, melancholia and the afterlife, where time runs backwards or which float among the clouds. In doing so, Imaginary Cities seeks to move beyond the clichés of psychogeography and hauntology, to not simply revisit the urban past, or our relationship with it, but to invade and reinvent it. Following in the lineage of Borges, Calvino, Chris Marker and Kenneth White, the book examines the city from global macrocosm to the microcosm of its inhabitants’ perspectives. It proceeds through opium dreams, sea voyages, the hallucinations of prisoners, nocturnal decadence, impossible Soviet skyscrapers, marauding golems, subterranean civilisations, apocalyptic prophecies and the work of architectural visionaries such as Antonio Sant’Elia, Archigram and Buckminster Fuller. It rethinks the ideas of utopias and dystopias, urban exploration, alienation and resistance. It claims that the Situationists lacked ambition when they suggested, “Beneath the paving stones, the beach.” Instead, beneath the paving stones, we may just be able to discern the entire universe. Imaginary Cities demonstrates that each city dreamt up by artists, writers, architects and lunatics has a real-life equivalent and that the great Marco Polo was no liar. Imaginary Cities need not simply exist in fiction or the mind. We already inhabit them. 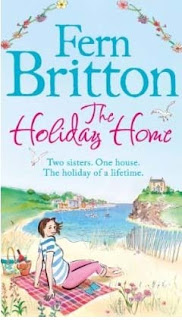 The Western Wind by Samantha Harvey 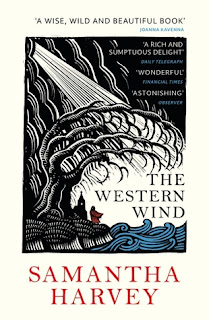