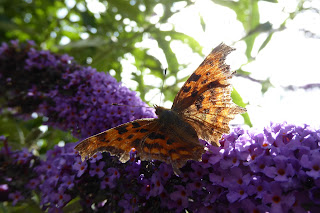 Hello! Happy Saturday!! What a week! It  has been rather hot here in the UK and I'm loving the cooler temperatures and rain that has greeted us today! I can sleep again!!

And it's been a bonanza of books too this past 7 days! Lots of reading (it's been too hot to do anything else!) so I've finished 6 books, and the heat made me visit NetGalley too so nother 4 books on that shelf, along with 3 more physical books to review! Might need another bookshelf declutter!

The Photographer of the Lost by Caroline Scott - 5 stars 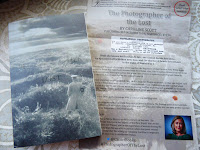 Over to Netgalley we go....

BEFORE THE COFFEE GETS COLD by TOSHIKAZU KAWAGUCHI
out September 2019

In a small back alley in Tokyo, there is a café which has been serving carefully brewed coffee for more than one hundred years. But this coffee shop offers its customers a unique experience: the chance to travel back in time.
In Before the Coffee Gets Cold, we meet four visitors, each of whom is hoping to make use of the café’s time-travelling offer, in order to: confront the man who left them, receive a letter from their husband whose memory has been taken by early onset Alzheimer's, to see their sister one last time, and to meet the daughter they never got the chance to know.
But the journey into the past does not come without risks: customers must sit in a particular seat, they cannot leave the café, and finally, they must return to the present before the coffee gets cold . . .
Toshikazu Kawaguchi’s beautiful, moving story – translated from Japanese by Geoffrey Trousselot – explores the age-old question: what would you change if you could travel back in time? More importantly, who would you want to meet, maybe for one last time?
For fans of The Guest Cat and If Cats Disappeared from the World, Before the Coffee Gets Cold is a touching story about second chances and how we find and lose the ones we love.
THE INHERITANCE OF SOLOMON FARTHING by MARY PAULSON-ELLIS
out September 2019

Solomon knew that he had one advantage. A pawn ticket belonging to a dead man tucked into his top pocket – the only clue to the truth . . .
An old soldier dies alone in his Edinburgh nursing home. No known relatives, and no Will to enact. Just a pawn ticket found amongst his belongings, and fifty thousand pounds in used notes sewn into the lining of his burial suit . . .
Heir Hunter, Solomon Farthing – down on his luck, until, perhaps, now – is tipped off on this unexplained fortune. Armed with only the deceased’s name and the crumpled pawn ticket, he must find the dead man’s closest living relative if he is to get a cut of this much-needed cash.
But in trawling through the deceased’s family tree, Solomon uncovers a mystery that goes back to 1918 and a group of eleven soldiers abandoned in a farmhouse billet in France in the weeks leading up to the armistice.
Set between contemporary Edinburgh and the final brutal days of the First World War as the soldiers await their orders, The Inheritance of Solomon Farthing shows us how the debts of the present can never be settled unless those of the past have been paid first . .

Launching an intelligent, perceptive new voice in fiction, Shelf Life is the exquisite, heart-wrenching story of a woman rebuilding herself on her own terms.
Ruth is thirty years old. She works as a nurse in a care home and her fiancé has just broken up with her. The only thing she has left of him is their shopping list for the upcoming week.
And so she uses that list to tell her story. Starting with six eggs, and working through spaghetti and strawberries, and apples and tea bags, Ruth discovers that her identity has been crafted from the people she serves; her patients, her friends, and, most of all, her partner of ten years. Without him, she needs to find out – with conditioner and single cream and a lot of sugar – who she is when she stands alone.

Consumption has ravaged Louise Pinecroft’s family, leaving her and her father alone and heartbroken. But Dr Pinecroft has plans for a revolutionary experiment: convinced that sea air will prove to be the cure his wife and children needed, he arranges to house a group of prisoners suffering from the same disease in the cliffs beneath his new Cornish home. While he devotes himself to his controversial medical trials, Louise finds herself increasingly discomfited by the strange tales her new maid tells of the fairies that hunt the land, searching for those they can steal away to their realm.
Forty years later, Hester Why arrives at Morvoren House to take up a position as nurse to the now partially paralysed and almost entirely mute Miss Pinecroft. Hester has fled to Cornwall to try and escape her past, but surrounded by superstitious staff enacting bizarre rituals, she soon discovers that her new home may be just as dangerous as her last… 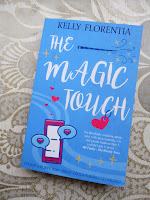 Marriage isn’t high on 39-year-old Emma King’s list of priorities; after all, she’s been there and done it once. So there are no big surprises when, yet again, she turns down her long-term partner Harry’s marriage proposal. They’re a solid, secure couple – a piece of paper won’t make any difference. That is until she accidentally stumbles across a flirtatious text message from one of his female colleagues on his phone. Overcome with suspicion and an impending fear of losing Harry, Emma goes on a quest to get to the bottom of his secret affair with the help of her ninety-three-year-old neighbour, Alistair, her best friend Ola, and Harry’s sister-in-law’s psychic app, The Magic Touch.

Life’s not always a walk in the park…Anna thought she’d found The One – until he broke off their engagement exactly a year before their wedding day. Hoping new surroundings will do her the world of good, she moves in to a place of her own on the edge of gorgeous Wildflower Park.With the help and friendship of her neighbour Sophie, Anna quickly settles in and pledges to focus on her career, but a handsome new colleague seems determined to thwart her attempts at every turn. And when she receives a text from a mystery man, it looks as though an unlikely romance is on the horizon…Is Anna about to be swept off her feet by someone she really shouldn’t be falling for? Or could this be the new start she needs and deserves?

Bigger spaceships. Bigger explosions. Bigger planets.  Bigger problems.It's been three years since Esa joined the ranks of the Justified after her rescue from the fanatical murderers the Pax. Together, Esa and her mentor Kamali travel from planet to planet, searching for children with supernatural abilities. It's hard work, but Esa has never felt more assured of her place in the universe.  On a visit to a planet so remote that its inhabitants never learned that the Sect Wars ended over a hundred years ago, they learn that the Justified are not the only people searching for gifted children. There is a creature with unexpected powers who will stop at nothing to get its hands on the children that Esa and Kamali are trying to rescue. With their latest recruit in tow -- a young Wulf child named Sho -- Esa and Kamali will travel halfway across the galaxy in pursuit of answers. But the answers only lead to more questions, and the danger will only increase as their terrifying nemesis turns his eyes on them.

The Story of the Treasure Seekers by E.Nesbit

A New Map of Love by Abi Oliver

How has your reading week been? Any goodies to recommend! would love to hear!