#BlogTour THE GIRL AT THE WINDOW by ROWAN COLEMAN #BookReview #RandomThingsTours 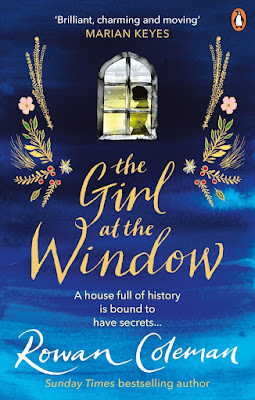 A great pleasure to be the latest stop on the wonderful Blog Tour for THE GIRL AT THE WINDOW by ROWAN COLEMAN. My thanks to the author, publisher and Anne of Random Things Tours for the copy of the book and letting me be part of the Blog Tour.


The Girl at the Window is a beautiful and captivating novel set at Ponden Hall, a centuries-old house on the Yorkshire moors and famously used as a setting for Emily Bronte’s Wuthering Heights.

Known as the place where Cathy’s ghost taps on the window, Emily Bronte used to visit often with her sisters and use the extensive library there. It’s a magical place full of stories. In The Girl at the Window, Ponden Hall is where Trudy Heaton grew up, but also where she ran away from… Now, after the devastating loss of her husband, Trudy returns home with her young son, Will, who refuses to believe his father is dead. While Trudy tries to do her best for her son, she must also attempt to build bridges with her eccentric mother. And then there is the Hall itself: fallen into disrepair but generations of lives and loves still echo in its shadows, sometimes even reaching out to the present...

The Girl at the Window is hauntingly beautiful, and centred on an epic love story with a twist that draws you in fast. The strong themes of grief, absent fathers and maternal instincts are consistent emotional pulls throughout. Trudy and Abe are the ultimate love story, but there is also a wonderfully atmospheric ghostly mystery to be solved as well. 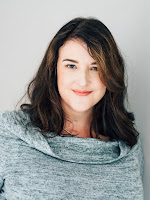 Rowan Coleman lives with her husband and their five children in a very full house
in Hertfordshire. She juggles writing novels with raising her family. Rowan’s last novel,
The Summer of Impossible Things, was selected for Zoe Ball’s ITV Book Club. Rowan has an everlasting love for the Brontes, and is a regular visitor of Ponden Hall.

Wow!! This is how I love books I read to be! Full of heart and mystery, sprinkled with lashings of history and ghostly goings on!! It was just a wonderful read and has me now itching to read more of the Bronte Sisters and especially to revisit Wuthering Heights!

Ponden Hall is where the story is based - Trudy Heaton grew up there but was quick to escape, but finds herself returning there along with her son, Will, as they try and deal with the grief of losing her husband who is presumed dead after a plane crash.  This also means repairing a long rift with her mother - a woman not backward in coming forward and her comments over the years have never gone down too well with her daughter.

The story also goes back to the past - 1654 onwards - and what happened at Ponden Hall when a mystery girl was taken in by Robert Heaton and I found the storyline of Agnes just as captivating as that of Trudy in the present.  The friendship she formed with Robert was truly touching and the treatment he received from his stepfather was abhorrent.

In the present Trudy does her best to try and move on, but the ghosts of her life and those of Ponden Hall are never far away and it was always intriguing to find out what she'd discover next about the house and her family history.  In looking into restoring Ponden Hall she calls in an expert and he seems even more obsessed with her home and the literary links it has than she can imagine.

I thoroughly enjoyed spending time at Ponden Hall with these characters and found it to be such a captivating story  that I just lost track of time whilst I was reading! 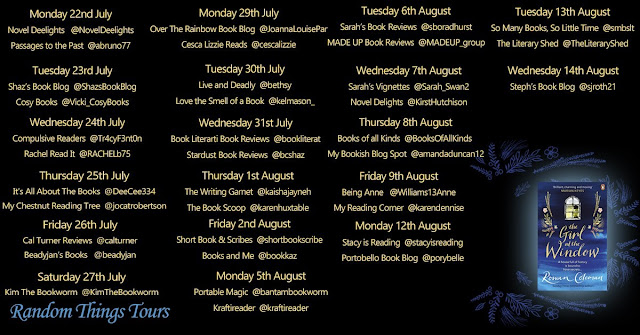