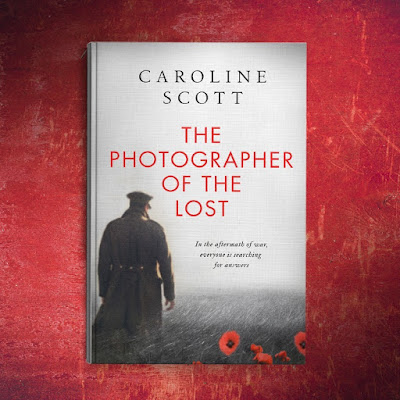 Truly delighted to be the latest stop on this Pre-Publication Blog Tour for this astonishing book and to give you a little taste of what you have to look forward to come publication day in October!

My thanks to the author, publisher and Anne of Random Things Tours for the early copy of the book and putting this tour together and letting me be part of it all!

Until she knows her husband’s fate, she cannot decide her own... An epic novel of forbidden love, loss, and the shattered hearts left behind in the wake of World War I 1921. Families are desperately trying to piece together the fragments of their broken lives. While many survivors of the Great War have been reunited with their loved ones, Edie’s husband Francis has not come home. He is considered ‘missing in action’, but when Edie receives a mysterious photograph taken by Francis in the post, hope flares. And so she beings to search. Harry, Francis’s brother, fought alongside him. He too longs for Francis to be alive, so they can forgive each other for the last things they ever said. Both brothers shared a love of photography and it is that which brings Harry back to the Western Front.

Hired by grieving families to photograph gravesites, as he travels through battle-scarred France gathering news for British wives and mothers, Harry also searches for evidence of his brother. And as Harry and Edie’s paths converge, they get closer to a startling truth. An incredibly moving account of an often-forgotten moment in history, The Photographer of the Lost tells the story of the thousands of soldiers who were lost amid the chaos and ruins, and the even greater number of men and women desperate to find them again. 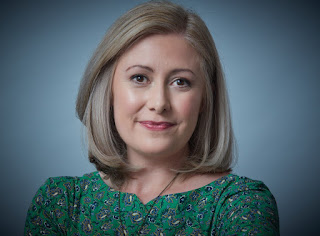 photo thanks to Johnny Ring

Caroline Scott is a freelance writer and historian specializing in WWI and women’s history. The Photographer of the Lost is partially inspired by her family history.

I don't even know where to begin with my thoughts on this book - other than that I adored every single blooming page!! I found it to be such a stunning read that really captured the atmosphere of the time, the grief shared by so many and the limbo that many families were left feeling after the First World War when their loved ones were missing in action.  At a time when many were celebrating the War being over, many were left with so many unanswered questions with no word on the missing soldiers and they were left clutching to the faint hope that these men were in a French hospital, unable to get in contact with those back home.

It's a story of brotherhood and the bonds between loved ones with 3 brothers going off to fight in the Great War - Francis, Harry and Will - and the desperate search for Francis after the war by his brother Harry and Francis's wife Edie who was desperate to know what happened to him - even more so when she receives an envelope containing a photograph of him, 4 years after he'd gone missing. When was it taken? Where was it taken? Who was it from? Was he still alive?

Harry becomes a 'photographer of the lost' on his return, which means he goes back to France often to take photos of gravestones for those back home who want a picture of the final resting place for their loved ones and  the surrounding areas - while there he devotes much of his time to trying to track down the likely places his brother may have gone, and also meets others doing similar searches for their family members.

The story changes effortlessly from the time in France after the War, to the past when the brothers were setting off to war together - their experiences on the front line, their fears, the banter they used to lighten the mood - they were just young boys and you just can't even begin to imagine the sights they were witness to.

Edie too sets off to France to try her best to get some answers for herself, and her storyline also looks back on how she and Francis met and how close they all were - she can't move on until she knows the truth about her husband.

This was often a very sombre and haunting read, but so beautifully descriptive and made you totally understand just how lost people were when they didn't know what had happened to those who didn't come back home - they felt restless until they knew and would cling on to the hope that they'd turn up on the doorstep one day.  It brilliantly showed the human aspect of war - on those who went to fight and on those who were left behind waiting for letters and contact.

An outstanding and memorable book. Easily one of my favourite reads of 2019! 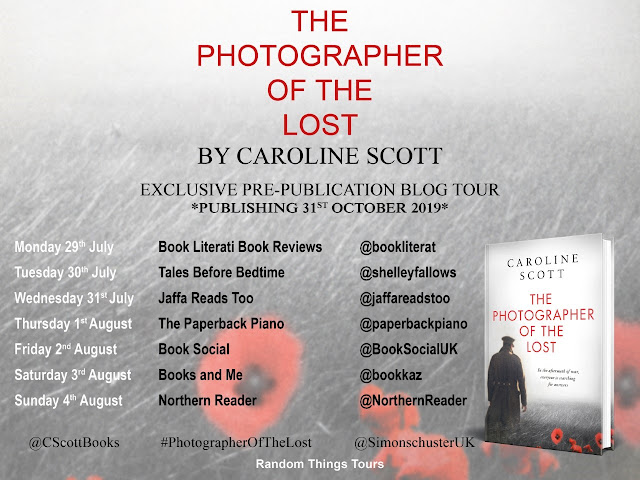