#BookReview #20BooksOfSummer The Bookshop on the Shore by Jenny Colgan 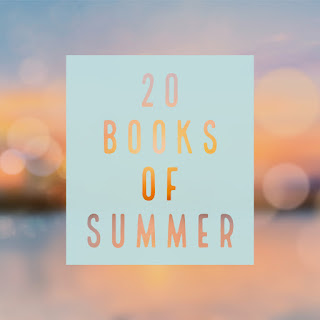 And now for a review of Book 17 - it's been a good bank holiday reading weekend for me and my 20 Books of Summer list! Except this was another one of those not on my original list haha!! I won a lovely proof copy from the bods at MYVLF and as Jenny Colgan is one of my favourites I just couldn't leave this on the shelves for too long! 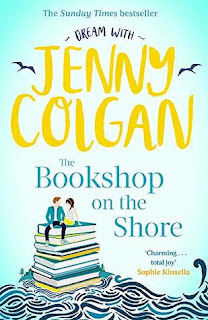 A grand baronial house on Loch Ness, a quirky small-town bookseller, and a single mom looking for a fresh start all come together in this witty and warm-hearted novel by New York Times bestselling author Jenny Colgan.Desperate to escape from London, single mother Zoe wants to build a new life for herself and her son Hari. She can barely afford the crammed studio apartment on a busy street where honking horns and shouting football fans keep them awake all night. If she doesn’t find a way out soon, Zoe knows it’s just a matter of time before she has a complete meltdown. On a whim, she answers an ad for a nanny job in the Scottish Highlands, which is about as far away from the urban crush of London as possible. It sounds heavenly!The job description asks for someone capable of caring for three “gifted children”, two of which behave feral wolverines. The children’s widowed father is a wreck, and the kids run wild in a huge tumbledown castle on the heather-strewn banks of Loch Ness. Still, the peaceful, picturesque location is everything London is not—and Zoe rises to the challenges of the job.With the help of Nina, the friendly local bookseller, Zoe begins to put down roots in the community. Are books, fresh air, and kindness enough to heal this broken family—and her own…?

I adore Jenny Colgan and I adored her latest book that gave me all the feels and more!!This is the story of Zoe who is a single mum doing all she can for the sake of her little boy, Hari. Life is tough and even tougher when Hari has never uttered a single word but nobody can work out why he's suffering so badly with this social anxiety disorder. She soon finds herself being priced out of her flat in London and is running low on options for what to do next.Desperate times call for desperate measures and she and Hari soon find themselves heading to Scotland to help run a local bookshop, as well as being nanny to 3 children while their father is often away travelling for work. The home they move into 'The Beeches' is a large mansion but very run down and very low on love - it's just filled with children who have been left pretty much to their own devices so their reaction to Nanny Number Seven leads to some very interesting and humorous experiences!I really empathized with Zoe - it was clear how much she loved Hari and she just wanted the best for him but often felt powerless to break him out of his silence. And the mix of her 3 new charges was also so fascinating - she clearly felt sorry for them having no routine or structure but finding the balance to get them onside was a frustrating process for her. This book was also not afraid to approach some darker subjects around childcare, grief and anxiety and it all really struck a chord with the times we are living in now. Zoe had her own doubts over making the move and how it would impact on Hari and it was so heartwarming to see bonds that he made as he began to settle into country life. I just wanted to give him a big hug!!Add in to the mix her new boss Nina and her worries over her pregnancy, Ramsay - the father of the 3 children and owner of The Beeches and his reluctance in letting go of the past, and issues with Jaz, her ex - it just made for such an entertaining and fabulous read that I couldn't put it down once I'd started. Just wonderful!!