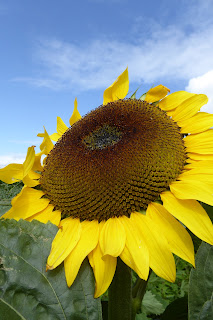 Howdy!! Another week has flown by, and it was Book Lovers Day yesterday so I hope you celebrated accordingly! I MAY have treated myself to a book or 3 with my leftover Waterstones voucher! Looking forward to those arriving soon!

On the reading front this week, and it's been so/so!  GoodReads informs me that I've now read 150 books which I'm rather pleased about, although I always feel I could be reading more! And it still hasn't shrunk the TBR mountain - especially in a week where I've added newbies to the Netgalley shelf and 3 new physical books have arrived..... oops!

A New Map of Love by Abi Oliver - 3 stars
enjoyable and easy to read but wasn't a big fan of the main character!

The Story of the Treasure Seekers by E.Nesbit - 3 stars
sweet and funny!

starting with the newbies from Netgalley....

KINGDOMTIDE by RYE CURTIS
published by Fourth Estate. Out 2020

The lives of two women—the sole survivor of an airplane crash and the troubled park ranger who leads the rescue mission to find her —intersect in a gripping debut novel of hope and resilience, second thoughts and second chances
I no longer pass judgment on any man nor woman. People are people, and I do not believe there is much more to be said on the matter. Twenty years ago I might have been of a different mind about that, but I was a different Cloris Waldrip back then. I might have gone on being that same Cloris Waldrip, the one I had been for seventy-two years, had I not fallen out of the sky in that little airplane on Sunday, August 31, 1986. It does amaze that a woman can reach the tail end of her life and find that she hardly knows herself at all.
When seventy-two-year-old Cloris Waldrip finds herself lost and alone in the unforgiving wilderness of the Montana mountains, with only a bible, a sturdy pair of boots, and a couple of candies to keep her alive, it seems her chances of ever getting home to Texas are slim.
Debra Lewis, a park ranger, who is drinking her way out of the aftermath of a messy divorce is the only one who believes the old lady may still be alive. Galvanized by her newfound mission to find her, Lewis leads a motley group of rescuers to follow the trail of clues that Cloris has left behind.
But as days stretch into weeks, and Cloris’s situation grows ever more precarious, help arrives from the unlikeliest of places, causing her to question all the certainties on which she has built her life.
Suspenseful, wry and gorgeously written Kingdomtide is the inspiring account of two unforgettable characters, whose heroism reminds us that survival is only the beginning.
THE LOST ONES by ANITA FRANK
Published by HQ.  Out October 2019

Some houses are never at peace.England, 1917  Reeling from the death of her fiancé, Stella Marcham welcomes the opportunity to stay with her pregnant sister, Madeleine, at her imposing country mansion, Greyswick – but she arrives to discover a house of unease and her sister gripped by fear and suspicion.Before long, strange incidents begin to trouble Stella – sobbing in the night, little footsteps on the stairs – and as events escalate, she finds herself drawn to the tragic history of the house.Aided by a wounded war veteran, Stella sets about uncovering Greyswick’s dark and terrible secrets – secrets the dead whisper from the other side…In the classic tradition of The Woman in Black, Anita Frank weaves a spell-binding debut of family tragedy, loss and redemption.

THE CONFESSION by JESSIE BURTON
published by Picador. Out September 2019

The sensational new novel from the million-copy bestselling author of The Miniaturist and The Muse.

One winter's afternoon on Hampstead Heath in 1980, Elise Morceau meets Constance Holden and quickly falls under her spell. Connie is bold and alluring, a successful writer whose novel is being turned into a major Hollywood film. Elise follows Connie to LA, a city of strange dreams and swimming pools and late-night gatherings of glamorous people. But whilst Connie thrives on the heat and electricity of this new world where everyone is reaching for the stars and no one is telling the truth, Elise finds herself floundering. When she overhears a conversation at a party that turns everything on its head, Elise makes an impulsive decision that will change her life forever.

Three decades later, Rose Simmons is seeking answers about her mother, who disappeared when she was a baby. Having learned that the last person to see her was Constance Holden, a reclusive novelist who withdrew from public life at the peak of her fame, Rose is drawn to the door of Connie's imposing house in search of a confession . . .

From the million-copy bestselling author of The Miniaturist and The Muse, this is a luminous, powerful and deeply moving novel about secrets and storytelling, motherhood and friendship, and how we lose and find ourselves.

Treated myself over at PEIRENE PRESS to these two..... 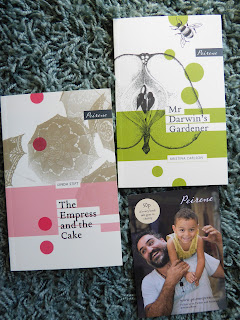 MR DARWIN'S GARDENER by KRISTINA CARLSON
A postmodern Victorian novel about faith, knowledge and our inner needs.The late 1870s, the Kentish village of Downe. The villagers gather in church one rainy Sunday. Only Thomas Davies stays away. The eccentric loner, father of two and a grief-stricken widower, works as a gardener for the notorious naturalist, Charles Darwin. He shuns religion. But now Thomas needs answers. What should he believe in? And why should he continue to live?

THE EMPRESS AND THE CAKE by  LINDA STIFT
Madness lurks behind the pretty façade of everyday life.An elderly lady offers a young woman a piece of cake. She accepts. The lady resembles the Austrian Empress Elisabeth and lives with her servant in an apartment full of bizarre souvenirs. More invitations follow. A seemingly harmless visit to the museum turns into a meticulously planned raid to steal a royal cocaine syringe. Without realizing, the young woman has become the lady’s accomplice. Does she realize she is losing control?


LANNY by MAX PORTER -
this was picked for me by the bods at Nudge as part of their Premium Subscription Bundle where they choose a book for you each month!

There’s a village sixty miles outside London. It’s no different from many other villages in England: one pub, one church, red-brick cottages, council cottages and a few bigger houses dotted about. Voices rise up, as they might do anywhere, speaking of loving and needing and working and dying and walking the dogs.This village belongs to the people who live in it and to the people who lived in it hundreds of years ago. It belongs to England’s mysterious past and its confounding present. But it also belongs to Dead Papa Toothwort, a figure schoolchildren used to draw green and leafy, choked by tendrils growing out of his mouth. Dead Papa Toothwort is awake. He is listening to this twenty-first-century village, to his English symphony. He is listening, intently, for a mischievous, enchanting boy whose parents have recently made the village their home. Lanny

DUCKS, NEWBURYPORT by LUCY ELLMAN
still! this is a book that can't be rushed!! 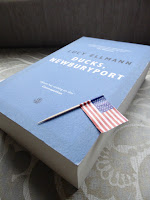 ZIPPY AND ME by RONNIE LE DREW
so much fun reading this one! 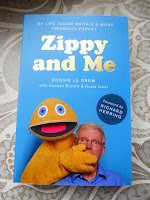 How has your reading week been?! Did you celebrate Book Lovers Day?!  If not, it's not too late to treat yourself!!