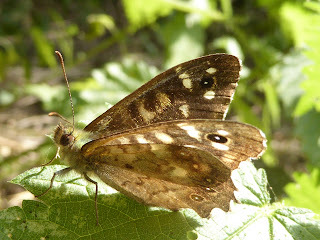 Hello!! I am feeling rather befuddled this week so please excuse me! Not sure whether I'm coming or going to be fair - I think it's my age lol!! And it's been another lovely week of weather, if a little too hot at times, and it's been another fab week on the bookish front! Just hope I can remember everything that I've read or hauled!

On the positive side I managed to finish 3 books and completed the 20 Books of Summer challenge so am very happy with that! Really love having the target to keep me on track!  On the negative (if my virtual shelves are anything to go by!!) I have 3 new titles from Netgalley to read and 4 new real books for my real shelves that I've either bought, won or been sent for review!! Here's a quick recap!

Finnmark, Norway, 1617. Twenty-year-old Maren Magnusdatter stands on the craggy coast, watching the sea break into a sudden and reckless storm. Forty fishermen, including her brother and father, are drowned and left broken on the rocks below. With the menfolk wiped out, the women of the tiny Arctic town of Vardø must fend for themselves. Three years later, a sinister figure arrives. Absalom Cornet comes from Scotland, where he burned witches in the northern isles. He brings with him his young Norwegian wife, Ursa, who is both heady with her husband's authority and terrified by it. In Vardø, and in Maren, Ursa sees something she has never seen before: independent women. But Absalom sees only a place untouched by God, and flooded with a mighty evil. As Maren and Ursa are drawn to one another in ways that surprise them both, the island begins to close in on them, with Absalom's iron rule threatening Vardø's very existence. Inspired by the real events of the Vardø storm and the 1621 witch trials, The Mercies is a story of love, evil, and obsession, set at the edge of civilization.


AGATHA by ANNE CATHRINE BOMANN
published by Sceptre - out December 2019

A psychiatrist is counting down towards his upcoming retirement. He lives alone in his childhood home and has neither friends nor family.
Often, he resorts to drawing bird caricatures of his patients instead of taking notes. His social life consists of brief conversations with his meticulous secretary Madame Surrugue, who has reigned over the clinic for more than thirty years. The two of them have no relationship outside the office, where everything runs smoothly and uneventfully.
Until one day, that is, when a young German woman called Agatha arrives and demands to see the doctor and he soon realizes that underneath her fragile exterior is a strong and fascinating woman. The doctor and Agatha embark upon a course of therapy together, a process that forces the doctor to confront his fear of true intimacy outside the clinic. But is it too late to reconsider your existence as a 71-year-old?

Time for the Machine Republic to Kurl Up and Dye
It’s a year since the Battlestar Suburbia broke free from Earth and the human rebellion is hiding out in the asteroid belt. Their leader, Admiral Janice, is assembling a fleet she hopes can topple robot rule – except on Wednesday afternoons when she can do you a half head of highlights for 30 quid.Janice has given Darren, now the reluctant captain of the teenage starship Polari, a critical mission, to open up a path back to Earth by bombing the Martian Gap Services. But when it goes wrong and Darren and his crew are chased deep into the solar system, Janice has only one hope left, back on Earth.Here, sentient breadmaker Pamasonic Teffal is resisting the human–machine war the best way she knows how: by running for office. Until a distress signal from Janice persuades her to get her turbo-charged alter ego Pam Van Damme out of mothballs, that is…
Can Pam save the solar system and rescue Kelly from the clutches of her nemesis, the crazed smartphone-turned-cyborg, Sonny Erikzon? Find out in another anarchic comic adventure from the inimitable Chris McCrudden.

In August 1939, a lonely thirty-year-old Hetty Cartwright arrives at Lockwood Manor as the director of the evacuated Natural History Museum.She is unprepared for the scale of protecting her charges from party guests, wild animals, the elements, the tyrannical Major Lockwood and Luftwaffe bombs. Most of all though, she is unprepared for the beautiful and haunted Lucy Lockwood.For Lucy, who has spent much of her life cloistered at Lockwood suffering from bad nerves, the arrival of the museum brings with it new freedoms. But it also resurfaces memories of her late mother, and nightmares in which Lucy roams Lockwood hunting for something she has lost.When the animals start to move of their own accord, and exhibits go missing, they begin to wonder what exactly it is that they might need protection from.As the disasters mount up, it is not only Hetty’s future employment that is in danger, but her sanity too. There’s something, or someone, in the house. Someone stalking her through its darkened corridors…With its atmospheric setting, beautifully rendered romance and vivid characters, The Animals At Lockwood Manor is perfect for fans of Sarah Waters, Jessie Burton and Alice Hoffman. 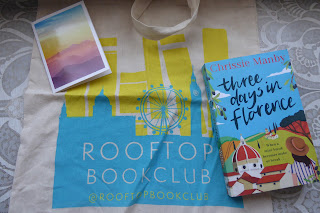 When a mini-break becomes make or break...Kathy Courage has never visited the famous Italian city of Florence before, so she's thrilled when she and her boyfriend Neil are invited there for a wedding. Unfortunately, with Neil's constant complaining and his teenage children in tow, it's not exactly the romantic break Kathy was hoping for.But when a mix-up with her flights leaves Kathy stranded in the city, she decides to embrace the unexpected and stay on alone.What follows is a life-changing few days in the Tuscan sun, as Kathy begins to question the choices that have led her here. With the help of the colourful Innocenti family, who offer Kathy a place to stay, she gradually begins to realise that there's a much bigger world out there, if only she can be brave enough to explore it.Could Italy hold the answers to her future happiness? Or is Kathy destined to return to her old life?

Orphaned and penniless, David Balfour sets out to find his last living relative, miserly and reclusive Uncle Ebenezer. But Ebenezer is far from welcoming, and David narrowly escapes being murdered before he is kidnapped and imprisoned on a ship bound for the Carolinas. When the ship is wrecked, David, along with the fiery rebel Alan Breck, makes his way back across the treacherous Highland terrain on a quest for justice. Through his powerful depiction of the two very different central characters - the romantic Breck and the rational Whig David - Stevenson dramatized a conflict at the heart of Scottish culture in the aftermath of the Jacobite rebellion, as well as creating an unforgettable adventure story.


CULL by TANVIR BUSH
won a copy from Unbounders

A sharp and outrageous satire about the deadly dark side of discrimination Alex has a problem. Categorized as one of the disabled, dole-scrounging underclass, she is finding it hard to make ends meet. When in her part-time placement at the local newspaper she stumbles onto a troubling link between the disappearance of several homeless people, the government's new Care and Protect Act, and the Grassybanks Residential Home for the disabled, elderly and vulnerable, she knows she has to investigate further... but at what cost to herself and her guide dog Chris? 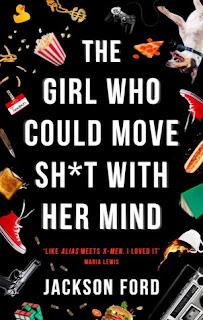