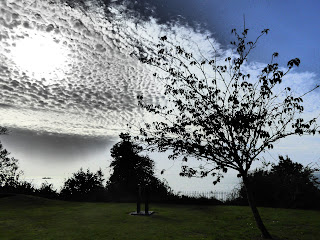 Hello!! Happy Weekend to you all!  I hope your week has been a good one - I had to turn to a cream scone or two to get me through this past week! Always helps lift my mood, despite the pounds it adds to my weight!!

And it's been a pretty good bookish week! Only finished 2 books this week as currently reading a chunkster of a book(!), added one newbie to my netgalley shelves and there may have been an ebook purchase and a few physical books too! Here's my look back...


Reach For A Star by Kathryn Freeman - 5 stars
Fabulous fun! Full review to follow on the blog tour!

The Glittering Hour by Iona Grey - 5 stars
Loved this one too! Really engaging! review to follow on blog tour!

Netgalley made me do it....

LOOK AT ME NOW by SIMONE GOODMAN
out November 2019

Gracie Porter’s life is in a tangle. Her television cookery show is flailing and her boyfriend’s affections are waning. It's time for a change…
Best friend Faith rescues her place on the small screen when she unwittingly lands them both starring roles in a steamy spin-off that becomes an instant hit. The new show is more about relationships, sex and stonking big vegetables than cooking.
Throw in a fluctuating crush on her surprisingly irresistible agent, Harry Hipgrave, an unlikely friendship with a pair of D-list models and a gossip journalist intent on making her life miserable, Grace wonders if becoming famous is all it’s cracked up to be?
Romantic, utterly uplifting and poignant, perfect for the fans of Sophie Kinsella and Lucy Diamond.

PATIENCE by TOBY LITT
MEET ELLIOTT.
Elliott is something of a genius. He is hugely intelligent. He’s an incredible observer. He is able to memorise and categorise in astonishing detail. He has a beautiful and unusual imagination.
More than that, Elliott is an ideal friend. He is overflowing with compassion and warmth and fun. To know him is to adore him.
But few people do know Elliott, properly. Because Elliott is also stuck. He lives in a wheelchair in an orphanage. It’s 1979. Elliott is forced to spend his days in an empty corridor, either gazing out of the window at the birds in a tree or staring into a white wall – wherever the Catholic Sisters who run the ward have decided to park him.
So when Jim, blind and mute but also headstrong, arrives on the ward and begins to defy the Sisters’ restrictive rules, Elliott finally sees a chance for escape. Individually, the unloved, unvalued orphans will stay just where they are; together, they could achieve a magnificent freedom – if only for a few hours.
But how can Elliott, unable to move or speak clearly, communicate all this to Jim? How can he even get Jim to know he exists?
Patience is a remarkable story of love and friendship, courage and adventure – and finding joy in the most unlikely of settings. Elliott and Jim are going to have some fun

Feeding Time, the debut novel by Paris-based writer Adam Biles, is a story about a rebellion in an old people’s home – or perhaps, more pertinently, about a rebellion of people who just happen to be old. The characters in Feeding Time are as funny, annoying, sharp, deranged, loving, and infinitely various as everyone else. They deserve dignity, and they know it – which makes it all the more imperative that something is done about the appalling conditions in Green Oaks. A story about the triumph of the human spirit told with verve and originality, to simply outline the plot of Feeding Time is to miss out on the strangeness, zest, and vigor of a deeply impressive debut. It is a triumph of the spirit – and a blast of rage against the dying of the light.


RING THE HILL by TOM COX
Got my pledge copy from Unbound so my name is in the back as a supporter! 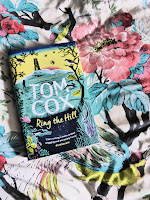 Ring the Hill is a book written around, and about, hills: it includes a northern hill, a European hill, some hills from East Anglia that can barely be called hills at all. Each chapter takes a type of hill – whether it be knoll, cap, cliff, tor, bump or even mere hillock – as a starting point.These hills can leads to an exploration of an intimate relationship with a beach, a journey into Cox's past or a lesson from an expert in what goes into the mapping of hills themselves. Because a good walk in the hills is never just about the hills; it will take your mind to many other places


THE GREAT LEVEL by STELLA TILLYARD
Nudge books October pick for my subscription!

‘I am an engineer and a measured man of the world. I prefer to weigh everything in the balance, to calculate and to plan. Yet my own heart is going faster than I can now count.’In 1649, Jan Brunt, a Dutchman, arrives in England to work on draining and developing the Great Level, an expanse of marsh in the heart of the fen country. It is here he meets Eliza, whose love overturns his ordered vision and whose act of resistance forces him to see the world differently. Jan flees to the New World, where the spirit of avarice is raging and his skills as an engineer are prized. Then one spring morning a boy delivers a note that prompts him to remember the Fens, and confront all that was lost there.The Great Level is a dramatic and elemental story about two people whose differences draw them together then drive them apart. Jan and Eliza’s journeys, like the century they inhabit, are filled with conflict, hard graft and adventure – and see them searching for their own piece of solid ground.


THE WHISPER MAN by ALEX NORTH - ebook borrowed from library

If you leave a door half-open, soon you'll hear the whispers spoken...
Still devastated after the loss of his wife, Tom Kennedy and his young son Jake move to the sleepy village of Featherbank, looking for a fresh start.
But Featherbank has a dark past. Fifteen years ago a twisted serial killer abducted and murdered five young boys. Until he was finally caught, the killer was known as 'The Whisper Man'.
Of course, an old crime need not trouble Tom and Jake as they try to settle in to their new home. Except that now another boy has gone missing. And then Jake begins acting strangely.
He says he hears a whispering at his window...

1950 - At the crumbling Idlewild Hall school for unwanted girls, four room-mates begin to bond over dark secrets and whispered fears - until one of them mysteriously disappears . . .2014 - Journalist Fiona Sheridan can't get over the murder of her sister twenty years ago, near the ruins of Idlewild. And when another body is found during renovations of the school, she begins to uncover horrors that were meant to remain hidden - and a voice that won't be silenced.For fans of Lisa Jewell and S.K. Tremayne, The Broken Girls is a chilling story of murder, revenge, and secrets that refuse to stay buried . . .
CURRENTLY READING

THE SECRET COMMONWEALTH by PHILIP PULLMAN

🍃🍃🍃🍃🍃
Happy with that little lot! And currently loving The Secret Commonwealth so hoping to finish that this weekend! Anyone else a fan of Philip Pullman?!