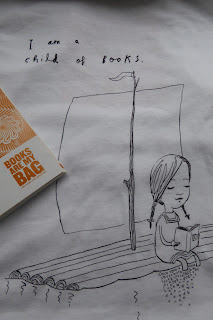 Hello! And Happy Bookshop Day to you all! Unfortunately we don't have any independant bookshops near to us anymore so I won't be out hitting any bookshops today, but I hope you are! Buy one on my behalf please!!

Got a blinding headache today as I type this so apologies for mistakes or any rambling rubbish I spew!  It has been a good bookish week though so that always puts a smile on my face! 6 books finished, 4 newbies from netgalley (oops!) and a few new books of the physical variety that I've won or treated myself to!

Three Days In Florence by Chrissie Manby  - 4 stars
Lots of fun and frolics in Florence! Enjoyed this!

Make It Up To You by Lucy Keeling - 5 stars
Sizzing hot gardener alert!! No wonder I loved it!! Full review on blog tour soon!

The House That Alice Built by Chris Penhall - 5 stars
Makes you want to run away to Portugal!! Full review on blog tour soon!

Ellie and the Harpmaker by Hazel Prior - 3 stars
Started so well for me but just fell a little flat.

The Recovery of Rose Gold by Stephanie Wrobel - 5 stars
Out 2020 - deliciously dark and very twisted!! Loved it!

Christmas Shopaholic by Sophie Kinsella - 5 stars
Becky is back!! And shopping for Xmas is proving stressful!!

Sometimes you have to hit the bottom before you can float to the top.
Maria Birch is seventy years old and, for her, every week is the same.
On Monday, she does her weekly shop. On Tuesday, she goes for a blow-dry. On Wednesday, she visits the laundrette. But Thursday is her favourite day of all – everything hurts less on a Thursday.
Every Thursday Maria walks to her local café. Waiting for her at one of the red gingham-topped tables is Albie Young, a charming man with a twinkle in his eye and an impressive collection of tweed flat caps. Every week, the pair share a slice of marble cake and a pot of tea.
Except, one week, Albie doesn’t turn up.
When Maria finds out what has happened, her perfectly ordered life is ripped apart at the seams. Suddenly, she is very lonely. Without her Thursday friend – her only friend – she no longer has the energy to circle the weekly TV listings, she has no reason to leave her apartment, no reason to laugh.
Then she discovers that Albie isn’t who she thought he was, and she’s left wondering if she knew her friend at all. But Albie has left behind a legacy – a handwritten list of wishes he never got the chance to complete.
Maria is resigned to facing the rest of her days heartbroken and alone. But fulfilling Albie’s wishes could hold the key to her happiness – if only she’s able to look past his secret…
This life-affirming and heartfelt tale is for anyone who has ever looked at their life and wanted more. Fans of Eleanor Oliphant is Completely Fine and The Keeper of Lost Things will love this poignant story, which shows us that for the truest loves, the end is never really the end…

A wonderfully original, emotionally complex ‘reading-group’ novel that delves into why Cassandra burned a treasure trove of letters written by her sister, Jane Austen – an act of destruction that has troubled academics for centuries.It’s 1840, twenty-three years after the death of her famous sister Jane, and Cassandra Austen – alone and unwed – returns to the vicarage in the village of Kintbury.There, in a dusty corner of the sprawling vicarage, she discovers a treasure trove of family letters – and within them secrets that she feels certain must not be revealed.She resolves to burn the letters, even those written by Jane herself.But why destroy so much of her sister’s legacy?As Cassandra casts an eye back on her youth and the life of her brilliant yet complex sister, she pieces together long-buried truths from both her and Jane's pasts, and knows she must make a terrible choice: let the contents of the letters colour Jane’s memory for ever – or protect her reputation no matter the cost.

THE GLASS HOTEL
out April 2020

The Glass Hotel begins at the end, with a fall: a woman plummeting from the deck of a cargo ship, her body quickly swallowed by the sea. It is a death that happens between continents, outside of jurisdictions: a death that will likely go unremarked and unsolved.Years earlier a massive Ponzi scheme implodes in New York, taking with it the finances, hopes, and lives, of hundreds of people.The Glass Hotel is a novel about the interconnected lives tangled up in two very different tragedies. It is a book about love and guilt, greed and the need to survive, and it is a book populated by ghosts - these people are haunted by the different lives they might have lived, and by those they wish they'd never lost.

THE CHILD OF AUSCHWITZ by LILY GRAHAM
out November 2019

‘She touched the photograph in its gilt frame that was always on her desk, of a young, thin woman with very short hair and a baby in her arms. She had one last story to tell. Theirs. And it began in hell on earth.’It is 1942 and Eva Adami has boarded a train to Auschwitz. Barely able to breathe due to the press of bodies and exhausted from standing up for two days, she can think only of her longed-for reunion with her husband Michal, who was sent there six months earlier.But when Eva arrives at Auschwitz, there is no sign of Michal and the stark reality of the camp comes crashing down upon her. As she lies heartbroken and shivering on a thin mattress, her head shaved by rough hands, she hears a whisper. Her bunkmate, Sofie, is reaching out her hand...As the days pass, the two women learn each other’s hopes and dreams – Eva’s is that she will find Michal alive in this terrible place, and Sofie’s is that she will be reunited with her son Tomas, over the border in an orphanage in Austria. Sofie sees the chance to engineer one last meeting between Eva and Michal and knows she must take it even if means befriending the enemy…But when Eva realises she is pregnant she fears she has endangered both their lives. The women promise to protect each other’s children, should the worst occur. For they are determined to hold on to the last flower of hope in the shadows and degradation: their precious children, who they pray will live to tell their story when they no longer can. 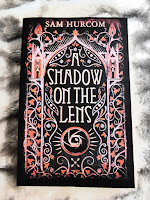 1904. Thomas Bexley, one of the first forensic photographers, is called to the sleepy and remote Welsh village of Dinas Powys, several miles down the coast from the thriving port of Cardiff. A young girl by the name of Betsan Tilny has been found murdered in the woodland - her body bound and horribly burnt. But the crime scene appears to have been staged, and worse still: the locals are reluctant to help.

As the strange case unfolds, Thomas senses a growing presence watching him, and try as he may, the villagers seem intent on keeping their secret. Then one night, in the grip of a fever, he develops the photographic plates from the crime scene in a makeshift darkroom in the cellar of his lodgings. There, he finds a face dimly visible in the photographs; a face hovering around the body of the dead girl - the face of Betsan Tilny


THE ICE PALACE by TARJEI VESAAS 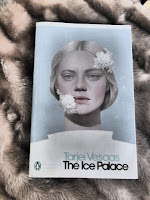 The schoolchildren call it the Ice Palace: a frozen waterfall in the Norwegian fjords transformed into a fantastic structure of translucent walls, sparkling towers and secret chambers. It fascinates two young girls, lonely Unn and lively Siss, who strike up an intense friendship. When Unn decides to explore the Ice Palace alone and doesn't return, Siss must try to cope with the loss of her friend without succumbing to a frozen world of her own making. 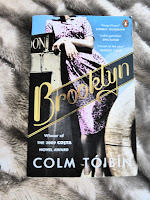 Colm Tóibín's sixth novel, Brooklyn, is set in Brooklyn and Ireland in the early 1950s, when one young woman crosses the ocean to make a new life for herself.Eilis Lacey has come of age in small-town Ireland in the hard years following World War Two. When an Irish priest from Brooklyn offers to sponsor Eilis in America -- to live and work in a Brooklyn neighborhood "just like Ireland" -- she decides she must go, leaving her fragile mother and her charismatic sister behind.Eilis finds work in a department store on Fulton Street, and when she least expects it, finds love. Tony, who loves the Dodgers and his big Italian family, slowly wins her over with patient charm. But just as Eilis begins to fall in love with Tony, devastating news from Ireland threatens the promise of her future.

REACH FOR A STAR by KATHRYN FREEMAN

THE GLITTERING HOUR by IONA GREY