A real treat to be on the Blog Tour for BEHIND CLOSED DOORS by SADIE RYAN so thank you for stopping by today! My thanks to the author, publisher and Rachel of Rachel's Random Resources for putting it all together and letting me be art of it all! 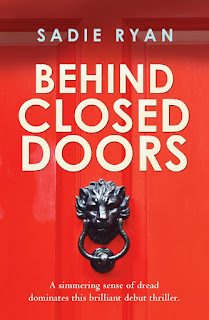 She’s in your house, now she wants your life …
Tina Valentine has it all: the loving family, the beautiful house, the successful career.
But then Megan Pearson starts work at Tina’s law firm and with her arrival the perfect world Tina has built for herself starts to collapse as it becomes clear that the newcomer is intent on infiltrating every aspect of her life.
Something is obviously wrong with Megan but nobody else seems to see it. As the mind games and manipulations continue, Tina comes to the sickening conclusion that now she’s opened the door to Megan, it’s going to be impossible to make her leave … 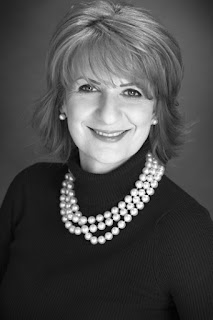 Author Bio –
Sadie Ryan is a British author with two grown up children, she lives with her daughter, adorable rescue dog and cat in a small village in leafy Cheshire in the North West of England. She writes psychological suspense/domestic noir novels. She has completed three psychological suspense/domestic noir novels and is currently writing her fourth. Her first book, Behind Closed Doors, was snapped up by publishers Ruby Fiction and published in May 2019. Her second will be out in January 2020. When asked where she gets her ideas from, she says, ‘From observation, inspiration and lots of wicked thoughts.’

Yay for twisty thrillers!! And this is another fabulously gripping read that I haven't been able to put down since starting it, as I was just eager to find out what would happen next and how it would all end! And the twists didn't let me down!!Tina has the perfect life - great job, wonderful husband, lovely children - BUT that's all about to change at the same time as Megan Pearson starts working at the law firm where Tina is hoping for promotion. Her professional manner starts to slip - she forgets things, misplaces important files - but is it her or is someone else setting her up for a big fall?Tina is an intriguing character - beneath the glossy, successful exterior she alludes to secrets that she's been keeping from her husband. Does he need to know? I know I wanted to find out, but it's all cleverly played out that you're kept waiting for things to fall into place and those secrets to be revealed.The arrival of Megan at the firm immediately gets Tina on the back foot and she's suspicious from the offset. But everyone else at the firm, including Tina's husband Glyn, adores the new recruit and Tina begins to wonder if maybe she's overthinking things or maybe she's just going mad! She's driven to extreme measures at times to try and prove her theories but Megan always seems to come out smelling of roses so maybe it is all in Tina's head?!I loved the pace of this story - they way it plays out you're constantly wondering just who is to blame, what went on in the past, and why would this woman have it in for Tina in the first place if she was manipulating the situation she found herself in. A cracking thriller!!