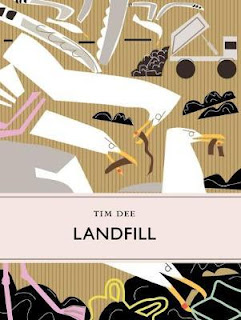 A ground breaking new book from the author of The Running Sky and Four Fields, Landfill confronts our waste-making species through the extraordinary and fascinating life of gulls, and the people who watch them. Original, compelling and unflinching, it is the nature book for our times.We think of gulls as pests. They steal our chips and make newspaper headlines, these animals, often derided as “bin chickens” are complex neighbours, making the most of our throw away species. In the Anthropocene, they are a surprising success story. They’ve become intertwined with us, precisely because we are so good at making rubbish. Landfill is a book that avoids nostalgia and eulogy for nature and instead kicks beneath the littered surface to find stranger and more inspiring truths.Landfill is the compelling story of how we have worked the rest of the living world, learned about it, named and catalogued it, colonised and planted it, and filled it with our rubbish.

If you don't become a 'gull' fan after reading this book then I think there's something wrong with you! They're a bird I've taken for granted, especially living so close to the estuary and the large landfill site in Pitsea where a lot of this book is set (and I never knew such gull action even went on there!), but in this stunning little book, the author really gets behind the 'trashy' image we all get of gulls - that they're aggressive and ugly and serve no real purpose other than nicking your food if you're at the seaside, or attacking small animals in gardens, thanks to silly season reports in newspapers! The more that he studies these birds in various sites, the more he begins to appreciate them and realise just how much human behaviour has impacted on their habits. Hence the link with rubbish and why so many can be spotted at landfill sites across the county.

The author is a birdwatcher, and his enthusiasm and passion for the subject is infectious as he follows the birds and talks to the people who follow these birds and are known as 'gullers'. They've become fascinated by the species and their behaviour and will travel long distances for glimpses of rare breeds but also to note changes in their numbers. And due to the changes in the way we dispose of food waste especially now, the numbers aren't seen at landfill sites anymore so they're having to change where they get their food, and heading away from the seaside and into towns.

I really enjoyed the mix of the way the author told the story of the gull - he used his own knowledge alongside where they're mentioned in poetry, literature and films, and it made for an absorbing read and I never thought I'd find the subjects of gulls and rubbish so fascinating! The information and anecdotes were really well balanced and made for an enthralling read.

I'm really glad to have been educated about these birds that I think we all take for granted and largely ignore, so will definitely be paying more attention to the local gull population!

My thanks to the publisher, Little Toller, for a copy of the book in return for a fair and honest review.