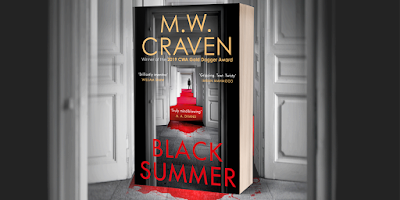 After The Puppet Show, a new storm is coming . . .Jared Keaton, chef to the stars. Charming. Charismatic. Psychopath . . . He's currently serving a life sentence for the brutal murder of his daughter, Elizabeth. Her body was never found and Keaton was convicted largely on the testimony of Detective Sergeant Washington Poe.So when a young woman staggers into a remote police station with irrefutable evidence that she is Elizabeth Keaton, Poe finds himself on the wrong end of an investigation, one that could cost him much more than his career.Helped by the only person he trusts, the brilliant but socially awkward Tilly Bradshaw, Poe races to answer the only question that matters: how can someone be both dead and alive at the same time?And then Elizabeth goes missing again - and all paths of investigation lead back to Poe.

The wait is over for those of us who Loved  The Puppet Show and it's just fabulous to have Poe and Tilly back once more, and this time the search for a murderer is a little too close for comfort for them and leads to some extremely  tense situations that had me holding my breath on a number of occasions!

In a case 6 years ago, Poe found the murderer of a young girl to be her father, a celebrity chef, which caused a huge fuss at the time.  What happens when the victim shows up seemingly alive and well 6 years later though?!  Poe is totally thrown and wondering just what he missed first time round that could have led him to make such a mistake.

His dogged determination is one of his main qualities and it's needed now more than ever to help get to the bottom of this case, knowing that the father in jail will be out for revenge. But something isn't adding up to Poe and who better to get back on his team than Tilly! Still as blunt as always, it's fabulous to be back in her company and her analytical brain is put to good use with so many threads to look back over.

I loved the pace of this book - knowing that they were up against time restraints really puts them under pressure and as the truth of what exactly did happen 6 years ago becomes clearer, it was actually more horrific than could have been imagined.  The profiling and man hours that they put in really gets to show just how thorough that police work is to get to the truth - from video interviews, blood tests and inspecting the crime scene - and when the evidence starts pointing towards Poe himself being involved, it really gets gripping and twisted!  There is less of Tilly in this book, although she still plays a key role, but it's right that the main focus is on Poe with all his troubles - past and present! - and the mix of tension, action and suspense was just perfect! 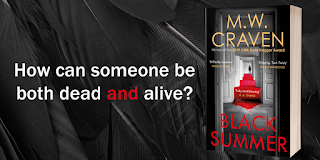