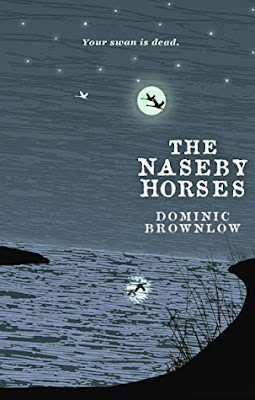 Delighted to be the latest stop on the wonderful Blog Tour for THE NASEBY HORSES. My thanks to the author, publisher and Emma of Damp Pebbles Blog Tours for letting me be part of it all and to share my thoughts on this stunning book!

Seventeen-year-old Simon’s sister Charlotte is missing. The lonely Fenland village the family recently moved to from London is odd, silent, and mysterious. Simon is epileptic and his seizures are increasing in severity, but when he is told of the local curse of the Naseby Horses, he is convinced it has something to do with Charlotte’s disappearance. Despite resistance from the villagers, the police, and his own family, Simon is determined to uncover the truth, and save his sister.Under the oppressive Fenland skies and in the heat of a relentless June, Simon’s bond with Charlotte is fierce, all-consuming, and unbreakable; but can he find her? And does she even want to be found?Drawing on philosophy, science, and the natural world, The Naseby Horses is a moving exploration of the bond between a brother and his sister; of love; and of the meaning of life itself. 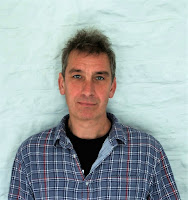 Dominic Brownlow lives near Peterborough with his two children. He lived in London and worked in the music industry as a manager before setting up his own independent label. He now enjoys life in the Fens and has an office that looks out over water. The Naseby Horses is his first novel. It was long listed for the Bath Novel Award 2016.

Haunting, Absorbing, Unsettling. Just 3 words I think perfectly captures my thoughts on this book which has totally entranced me from start to finish!  And I think it takes a very special kind of writer who can elevate such a simple storyline of someone being missing into something so beautiful and captivating.  It's fair to say I loved this book!

It's told from the point of view of 17 year old Simon. It is his twin sister, Charlotte, that has gone missing and without her he's trying to make sense of the world he lives in as they shared such a close bond.  He's having to deal with his own feelings along that of his parents who are obviously both distraught at their daughter going missing.

He's also an epileptic which means that he experiences everything around him so vividly, especially after a seizure and some of the descriptions that the author uses during these times were so staggering.

They've recently moved into a new house from London to the Fenlands and Simon has felt unsettled about certain things from the moment they walked in the door.  As the story unfolds, you are aware he's not the most reliable of narrators but you are transfixed by his way of thinking and the way his mind processes things.

His voice is a wonderful breath of fresh air - I do love a quirky character and he is definitely one of those!  His determination to find out what has happened to his sister never lets up, and leads him down the path of looking into local history and folklore.  It often feels like many of the adults around him aren't being totally honest with him and you get a real sense of his frustration at being shut out of the search and investigation.

This was one of those books that really surprised me with how invested I became in the characters and setting.  He seeks comfort though his hobby of birdwatching and it was always interesting to watch him seemingly go into shut down mode as he tried to cope with his sister not being there for him by returning to watching out for birds and devoting his outlook towards them when things got tough for him in the 'real world.

A stunner of a book!! 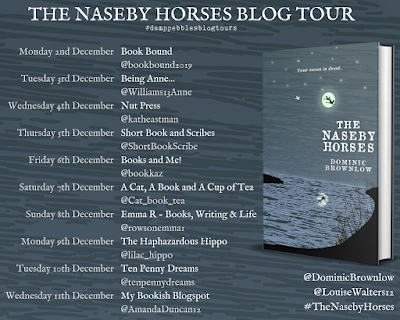