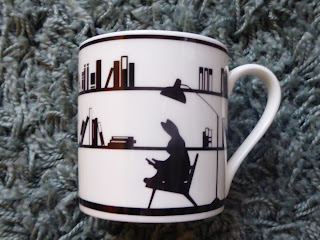 Greetings all!  Treated yourself in the Black Friday sales?!  I had to combine my love of bunnies, books and mugs with this purchase from Ham !  I couldn't resist!! And I stayed away from books too - still haven't put my list together for Santa so if you've got any recommendations of books that I NEED to read, let me know in the comments!

On to reading - and, as always, my speed has slowed down in the past week with other things going on! I managed to listen to 1 audiobook, and finished 2 books so it's not all bad! There has been a few new arrivals for my shelves - real and virtually! - and even managed to get 2 book out of the library this week!


Fahrenheit, 451 by Ray Bradbury (audiobook read by Tim Robbins) -  5 stars
All the love for this book, narrated so brilliantly by Tim Robbins!

The Lost Ones by Anita Frank - 4 stars
Creepy and chilling!

THE DILEMMA by B.A.PARIS
out January 2020

The million-copy bestselling author returns with another breath-taking book …

It’s Livia’s 40th birthday and she’s having the party of a lifetime to make up for the wedding she never had. Everyone she loves will be there except her daughter Marnie, who’s studying abroad. But although Livia loves Marnie, she’s secretly glad she won’t be at the party. She needs to tell Adam something about their daughter but she’s waiting until the party is over so they can have this last happy time together.
Adam wants everything to be perfect for Livia so he’s secretly arranged for Marnie to come home and surprise her on her birthday. During the day, he hears some terrible news. He needs to tell Livia, because how can the party go on? But she’s so happy, so excited – and the guests are about to arrive.
The Dilemma – how far would you go to give someone you love a last few hours of happiness? 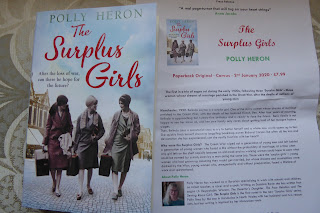 After the loss of war, can there be hope for the future?


Belinda Layton is a surplus girl. One of the many women whose dreams of marriage perished in the Great War, with the death of her beloved fiancé, Ben. After four years of mourning, she's ready to face the future, even though Ben's family is not happy to see her move on, and her own only cares about getting hold of her meagre factory wages.
Then, Belinda joins a secretarial class and a whole new world opens up to her as she quickly finds herself drawn to beguiling bookshop owner Richard Carson. But after all the loss and devastation she has experienced, can she really trust him with her heart?
WE THAT ARE LEFT by JULIET GREENWOOD
won a signed copy in the Children In Read auction 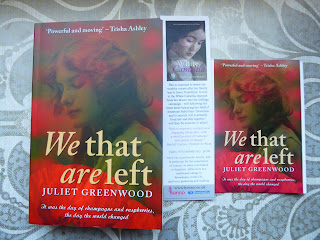 A privileged young wife on a large Cornwall estate gains responsibility and confidence when her husband leaves to fight overseas. This English home front saga then becomes something more when she leaves for France herself to rescue a friend from danger. 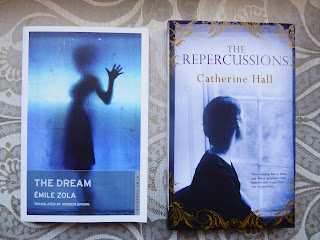 Finding the young Angélique on their doorstep one Christmas Eve, the pious Hubert couple decide to bring her up as their own. As the girl grows up in the vicinity of the town's towering cathedral and learns her parents' trade of embroidery, she becomes increasingly fascinated by the lives of the saints, a passion fueled by her reading of the Golden Legend and other mystical Christian writings. One day love, in the shape of Félicien Hautecoeur, enters the dream world she has constructed around herself, bringing about upheaval and distress. Although it provides a detailed portrait of provincial 19th-century life and it adheres to a naturalist approach, The Dream eschews many of the characteristics of Zola's other novels of the Rougon-Macquart cycle—such as a pronounced polemical agenda or a gritty subject matter—offering instead a timeless, lyrical tale of love and innocence.

THE REPERCUSSIONS by CATHERINE HALL
When war photographer Jo returns from her latest assignment in Afghanistan and moves into the Brighton flat she's just inherited, she hopes to restore equilibrium to her chaotic life. But images and events of her recent past and the reading of her great-grandmother Elizabeth's diary haunt her night and day, forcing Jo to come to terms with demons she thought she could leave behind.Written as a long confession to Jo's former lover Susie, alternating with Elizabeth's account of nursing Indian soldiers at the Brighton Pavilion in 1915, The Repercussions--Catherine Hall's most ambitious novel to date--is a sweeping narrative dealing with the psychological and emotional reality of war, as well as race, guilt, love, and loss.

A THRILLING, MELODICALLY CREEPY MYSTERY.Samantha Jaynes took her life in the cold lake. Now Rosie Trimble has done the same. Both claimed they had seen an angel. And they're not the only ones.A spate of teenage suicides rattles the rural community of Kirkdale, in England's Lake District. Before they died, each of the girls talked about seeing an angel. Is this collective hallucination, or is something more sinister leading these young girls to their deaths?That’s a question for Dr Alex Ripley, the so-called Miracle Detective. Brought in to help the police, she finds a community rooted in fear and suspicion, bound by their strange faith, unwilling to help, unable to forgive.Because the people of Kirkdale have buried their dark past once, and they’re not about to let Ripley dig it up again.

When two strangers end up sharing a cabin on the Trans-Siberian Express, an intense friendship develops, one that can only have one ending … a nerve-shattering psychological thriller from bestselling author SJI HollidayCarrie's best friend has an accident and can no longer make the round-the-world trip they'd planned together, so Carrie decides to go it alone.Violet is also travelling alone, after splitting up with her boyfriend in Thailand. She is also desperate for a ticket on the Trans-Siberian Express, but there is nothing available.When the two women meet in a Beijing Hotel, Carrie makes the impulsive decision to invite Violet to take her best friend's place.Thrown together in a strange country, and the cramped cabin of the train, the women soon form a bond. But as the journey continues, through Mongolia and into Russia, things start to unravel – because one of these women is not who she claims to be…A tense and twisted psychological thriller about obsession, manipulation and toxic friendships, Violet also reminds us that there's a reason why mother told us not to talk to strangers...

HE by JOHN CONNOLLY

An extraordinary reimagining of the life of one of the greatest screen comedians the world has ever known: a man who knew both adoration and humiliation; who loved, and was loved in turn; who betrayed, and was betrayed; who never sought to cause pain to others, yet left a trail of affairs and broken marriages in his wake . . .
And whose life was ultimately defined by one relationship of such tenderness and devotion that only death could sever it: his partnership with the man he knew as Babe.
he is Stan Laurel.
But he did not really exist. Stan Laurel was a fiction.
With he, John Connolly recreates the golden age of Hollywood for an intensely compassionate study of the tension between commercial demands and artistic integrity, the human frailties behind even the greatest of artists, and one of the most enduring and beloved partnerships in cinema history: Laurel &Hardy.

The Ice Palace by Tarjei Vesaas 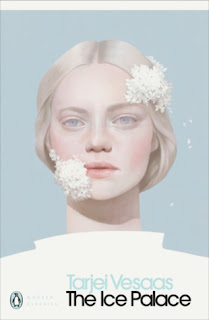 I hope your bookish week has been a good one!!