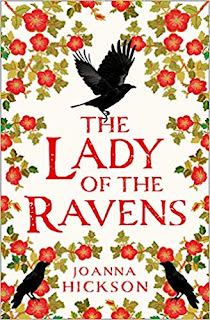 Hugely delighted to be the latest stop on the wonderful Blog Tour for THE LADY OF THE RAVENS by JOANNA HICKSON.  My thanks to the author, publisher and Anne of  Random Things Tours for allowing me to be part of it all and sharing my thoughts!

‘An intriguing tale, told with confidence’ The Times

My baptismal name may be Giovanna but here in my mother’s adopted country I have become plain Joan; I am not pink-cheeked and golden-haired like the beauties they admire. I have olive skin and dark features – black brows over ebony eyes and hair the colour of a raven’s wing…

When Joan Vaux is sent to live in the shadow of the Tower of London, she must learn to navigate the treacherous waters of this new England under the Tudors. Like the ravens, Joan must use her eyes and her senses, if Henry and his new dynasty are to prosper and thrive … 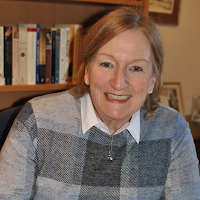 Joanna Hickson spent twenty-five years presenting and producing News and Arts programmes for the BBC. Her first published book was a children’s historical novel Rebellion at Orford Castle but more recently she has turned to adult fiction, concentrating on bringing fifteenth century English history and some of its fascinating principal characters to life. She is married with a large family and gets inspiration from her Wiltshire farmhouse home, which dates back to her chosen period.

This is the first book I've read from this author and I'm already itching to read her other historical offerings, as I found this to be both absorbing and informative and loved finding out even more about the Tudor period and the characters surrounding the court of King Henry VII's.   And with the story of Joan being so captivating and full of material, I was instantly transported back as this story takes us chronologically through the goings on at a very interesting period of history.

Joan becomes a lady in waiting to Elizabeth, Henry's Queen, and seeing the world at that time through both their eyes was fascinating.  Joan is adamant she wants more from life than just to be a mother, where that is all that Elizabeth expects her role to be! Her King needs heirs.  Seeing the expectations placed on women at that time is really brought home in an easy and accessible way through this storyline, and with all the royal goings on in the news at the moment, it is still shocking to see that in the past it was all decided  politically and by others - where does love get you anyway?!

I loved how the characters around the royals related the story - the gossiping while they worked, the clothing they wore and how much work went into preparing the clothing for the big events such as the wedding.

The expectations on Joan to marry were difficult for her and it seemed in the end that she married to stay close to the Tower and the ravens who she had such a fascination and respect for.  The way she dealt with being a stepmother means she's thrown in at the deep end, but she seemed to be one of those women who were wise beyond her years and could cope with pretty much anything that was thrown her way. Her one big fear though was pregnancy and it was enlightening to see the ways she tried to avoid that event happening to her!

Another aspect of the story I loved was discovering different palaces that are now long gone - when they were mentioned by name I found myself researching them online and it opened up more interest for me on this time of history. Why was it never this fascinating to me when I was at school?!

Seeing the story from both Joan and Elizabeth's point of view, made this for such an entertaining historical read and I'm glad to have found a new author to me who does a wonderful job of sharing her passion for history through relatable and fascinating characters. Highly recommended. 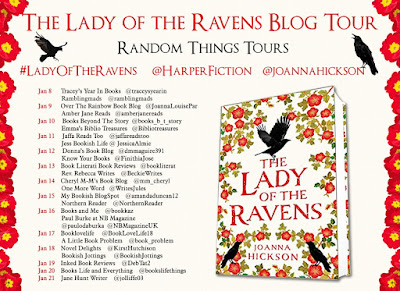