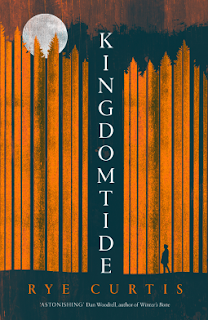 
The lives of two women—the sole survivor of an airplane crash and the troubled park ranger who leads the rescue mission to find her —intersect in a gripping debut novel of hope and resilience, second thoughts and second chances
I no longer pass judgment on any man nor woman. People are people, and I do not believe there is much more to be said on the matter. Twenty years ago I might have been of a different mind about that, but I was a different Cloris Waldrip back then. I might have gone on being that same Cloris Waldrip, the one I had been for seventy-two years, had I not fallen out of the sky in that little airplane on Sunday, August 31, 1986. It does amaze that a woman can reach the tail end of her life and find that she hardly knows herself at all.
When seventy-two-year-old Cloris Waldrip finds herself lost and alone in the unforgiving wilderness of the Montana mountains, with only a bible, a sturdy pair of boots, and a couple of candies to keep her alive, it seems her chances of ever getting home to Texas are slim.
Debra Lewis, a park ranger, who is drinking her way out of the aftermath of a messy divorce is the only one who believes the old lady may still be alive. Galvanized by her newfound mission to find her, Lewis leads a motley group of rescuers to follow the trail of clues that Cloris has left behind.
But as days stretch into weeks, and Cloris’s situation grows ever more precarious, help arrives from the unlikeliest of places, causing her to question all the certainties on which she has built her life.
Suspenseful, wry and gorgeously written Kingdomtide is the inspiring account of two unforgettable characters, whose heroism reminds us that survival is only the beginning.
‘Suspenseful from start to finish … First novels are often praised for an author’s potential, but Kingdomtide displays an exceptional talent fully realized’ Ron Rash, New York Times bestselling author of Serena

MY REVIEW
This was a real slow burner of a story for me! From the initial shock impact of the plane crash that leaves 72 year old Clovis lost and alone in the wilderness, this was a book that immerses you in the plight of her and the female ranger, Debra, in charge of trying to find her. And both their journeys, both phsyically and mentally, are fascinating insights into 2 women at different stages of their lives, alone with their thoughts and demons, and the misfit characters surrounding them, and just goes to show how quickly life can change and lead you on different paths, and ultimately teaches you more about yourself than you've ever learnt before.

Clovis and her husband are in a small plane that crashes, and she's faced with horrific sights as she makes sense of what has happened to them. But her years have taught her resilience so she sets off with very little to find a way to get back to civilisation.

Debra Lewis is the Park Ranger who is heading up a small group of rescuers who have no idea where the plane went down, but have heard radio message repeating the name 'Clovis'. The forests carry their own folklore too, there's talk of ghosts roaming, and this really adds to the desperation felt by those doing the searching, and Clovis looking to be rescued.

Clovis finds herself being 'helped' by a masked man making her fires and finding food, and I really enjoyed the mystery of just who he is. The more time she spends alone, the more you think is she imagining things and the way she looks back over her life with her husband adds to the interest and helps keep her going. I was always amazed at her determination and fight to keep going, even if things did get to her at times. The more time she spent in the forests, the more she became comfortable with the routine and existence, leading her to question if she even wanted to get back to 'normality' as it all felt so far removed from the person she had become.

Debra is also another fascinating character - she chooses to spend time alone so having to deal with others is a little alien to her, and her prickly character is put to the test by some of those around her, who bring their own issues to the table.

This isn't a straightforward kind of book - there are dark turns, and the story often wanders off into places I didn't expect it too! But I think that just made it more of an intriguing prospect for me. With the rescue taking place over a longer period, it allows you to get to know more about the characters and their state of mind, and how being pushed to the edge can lead you to some extraordinary decisions. The cover is a bit of a stunner too!! Highly recommended

★★★★
My thanks to the publisher and netgalley for the advanced e-copy in return for a fair and honest review.